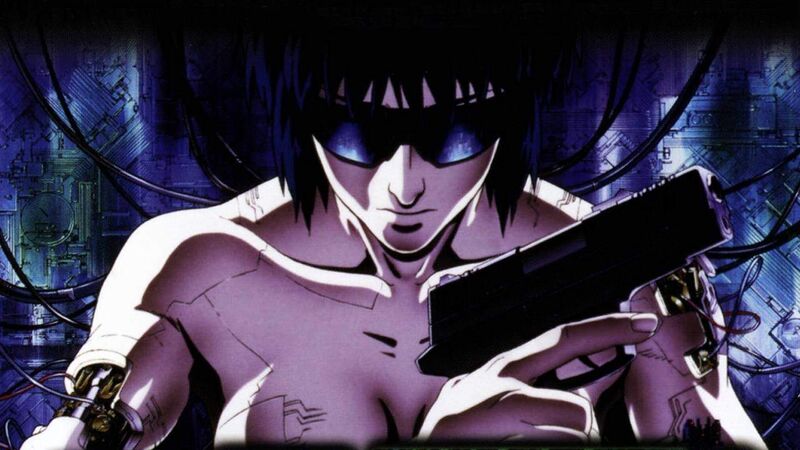 With the upcoming release of the live-action movie Ghost in the Shell, Hollywood is shedding light on one of the most popular genres in anime: cyberpunk. But, what is this well-known genre of science fiction? Put simply, it’s when technological advance take center stage in a society and social issues, such as racism, drug abuse, and immigration are forgotten.

Films like Total Recall, Blade Runner, and 12 Monkeys were pioneers in the live-action cyberpunk genre. They’ve achieved such notoriety by exploring themes such as dystopia and advanced technologies. Those films, along with many books and comics, expanded the genre and its tropes – noir, detective, and deconstruction of society – into other films and series.

The popularity of cyberpunk in the ’80s and ’90s seeped into the Japanese culture too, becoming one of the most favorite genres in anime. There’ve been so many cyberpunk anime that is was difficult to just pick the 10 best that elevated fans’ (non-fans) perception about the genre. Read on to see the best cyberpunk anime that offered up groundbreaking and influential animation, making them all must-see.

Ghost in the Shell

The long-awaited live-action remake has arrived, making Ghost in the Shell easily one of the most recognizable series on this list. Taking place in 2029, technological advances such as cybernetic bodies a.k.a. Shells have taken center stage in the universe crafted by Masamune Shirow and Mamoru Oshii.

Even with advanced tech, crime is still on the rise, including cyber warfare. As a result, the government has formed a special assault team, Security Police Section 9. Led by Motoko Kusanagi, Section 9 is on the hunt for one of the most elusive cybercriminals, the hacker Puppet Master. However, Puppet Master leads Motoko into a world of political and corporate corruption.

Visually stunning and incredibly influential, Ghost in the Shell is regarded as one of the greatest anime films of all time. On top of being praised for its animation, Ghost in the Shell explores themes such as self-identity and procreation by creating a world where sexual reproduction has given way to mechanical replication. Thus, highlighting the drawbacks when a society prioritizes technological advances without taking social issues into considerations. There have been many sequels and TV spin-offs to Ghost in the Shell, but the original film is still the best.

Released in the late ’90s, Serial Experiments Lain, follows the awkward and introverted 14-year-old Lain, who unlike her peers has no desire nor the experience to handle even basic technology. However, when she receives an email from a late classmate who committed suicide, she gets dragged into The Wired, a world where identity, consciousness, and perception take a whole new meaning.

Written by Chiaki J. Konaka, whose other works include Texhnolyze – also featured on this list – Serial Experiments Lain is a captivating series that stimulates the viewer to form their own interpretation of the events taking place. Consequently, it’s ending and the series itself are open to interpretation, and is too good to spoil in this list. Trust us, Lain is worth your time.

Set in a dystopian future, where the best and brightest live in a heap of junk, Doc Ido – a cyber physician – finds a perfectly preserved female cyborg. Admiring his new find, Doc Ido revives and rebuilds the cyborg, giving her the name Alita. However, in a world where thugs and bounty hunters roam free, can Alita have a normal life?

Despite only running two episodes, Battle Angel Alita a.k.a. Gunnm is a perfect example of when society breaks down as a consequence of technological advances. In this new world, society is split into the haves – Zalum – and the have nots – Scrap Iron City – where Alita lives. Where those who want to survive and hope for a better future have to rummage through the wastes of Zalum. On top of showcasing a postapocalyptic world, Gunnm also features some raw emotion, especially, between Alita and the human Yugo. James Cameron once teased making this into a film, but it never came together, so this animated version of the manga is the best you’re going to get.

You’ve likely heard of this one is you grew up in the ’90s, because it was one of the most famous anime exports in the western world. Depicting a dystopian, cyberpunk-based Tokyo in 2019, Akira follows teenage biker Tetsuo and his gang leader, Shotaro Kaneda. Due to Tetsuo emerging psychic abilities, the government considers him a threat to their secret experiment and prisoner, Akira.

While blood and violence are heavily featured in Akira, it’s the animation and soundtrack that has garnered the cyberpunk anime much recognition and a cult following. Akira has raised the perception that western audiences had back in the ’90s about anime. Not only that, but Akira was also a source of influence to a lot of live action movies and series outside of Japan, including The Matrix and Stranger Things.

Thousands of years in the future humans have confided themselves into domed cities to survive the horrible conditions that plague the earth. To accelerate the advancement of humankind, AutoReivs – humanoid-like robots – are created to assist people in their day-to-day lives. However, this all changes when a virus gives the AutoReivs self-awareness, causing them to commit a series of murders. Set to investigate these crimes is Inspector Re-L Mayer, who discovers there is something more sinister that involves a humanoid species known as “Proxy”.

Praised for its intricate visuals and deep philosophical storyline, Ergo Proxy is more than just robots killing humans. The series core theme of raison d’etre – reason or purpose for someone or something’s existence – displays characters going to extreme lengths to achieve existence.

On top of exploring important philosophical themes, it also has an excellent opening theme song, Kiri by MONORAL. The song’s lyrics and beats perfectly mix with the breathtakingly dystopian backdrop of Ergo Proxy.

In the 22nd-century, Japan has become one of safest countries in the world. However, this seemingly utopian world is everything but a peaceful one. It’s citizen must adhere to Sybil, a system created by the government to scan a citizen’s probability in committing a crime. However, such advanced technology to control crime and indirectly people is bound to be corrupted, as you’ll see across the shows two seasons.

Psycho-Pass is another perfect example when the needs of a society outweigh the needs of the individual, with people are more likely to die from stress in their lives than from criminal activity.

In the not-too-distant future, there’s a man-made underground city, named Lux. Lux or as referred to by its denizens The City, is a haven for a banished generation. One of such youth is Ichise, an orphan turned prize fighter, who loses a leg and an arm to satisfy an enraged fight promoter.

Nearing death, Ichise is saved by a young female doctor and used as a guinea pig for the next evolution of Texhnolyze. With The City on the brink of war, Ichise must uncover the truth about Lux and fight for his survival as he realizes his destiny.

Made by the same team that produced Serial Experiments Lain, Texhnolyze is often considered to be one of the darkest and grittiest anime ever made. Featuring a heavy dose of violence, gloom and despair, the series is not for everyone. But if all that sounds appealing, the cyberpunk anime is a stimulating series that explores the characterization of humanity, asking the question: Can a future exist where humans have evolved from flesh and bones to technology?

Regarded as one of the pioneers of cyberpunk anime, Bubblegum Crisis is a crime drama series coupled with superhero undertones. It’s also gorgeous, with character designs by the inimitable Kenichi Sonoda. And although cyberpunk is known to be dark, the Knight Sabers and the AD Police give a positive spin to a grim world.

Rune Balot is a teenage prostitute in Mardock City until she finds her knight in shining armor in a casino manager named Shell. She believes that her life will change for the better,but she’s instead murdered by Shell. Her story doesn’t end there as, due to the high crime rate in Mardock, a new law called “Scramble 09” has given police the authority to revive crime witnesses. With this in mind, they allow a professor to bring Balot back from death by restoring her body with reinforced synthetic fiber. When she reawakens, her confused mental state eventually turns toward revenge as Shell is revealed as her killer.

Split into three movies, Mardock Scramble, highlights the benefits and drawbacks of advanced technologies. On the one hand, leaders have chosen to put their efforts in technology and infrastructure, leaving social issues, such as child and drug abuse in the back burner. Oppositely, due to these techniques – cybernetically enhancement – the government tries to restore a decaying society. It’s intriguing to see those forces play out across the films.

Shougo Yahagi is not your average teenager. He’s more interested in motorcycles than school or love. However, when he comes in possession of a secret prototype bike, he soon discovers that the world is more than just motorcycles. Ruthless agents are chasing him down everywhere he goes after exposing the plans on a live TV show hosted by pop idol sensation Eve. But the charming Eve is hiding a big secret and if the public ever finds out, it would mean the end of their idyllic society.

Megazone 23 is rather similar basically an anime version of The Matrix, but with less dialogue and more action sequences. The four-part OVA explores which reality a person is willing to choose, regardless of the consequences.