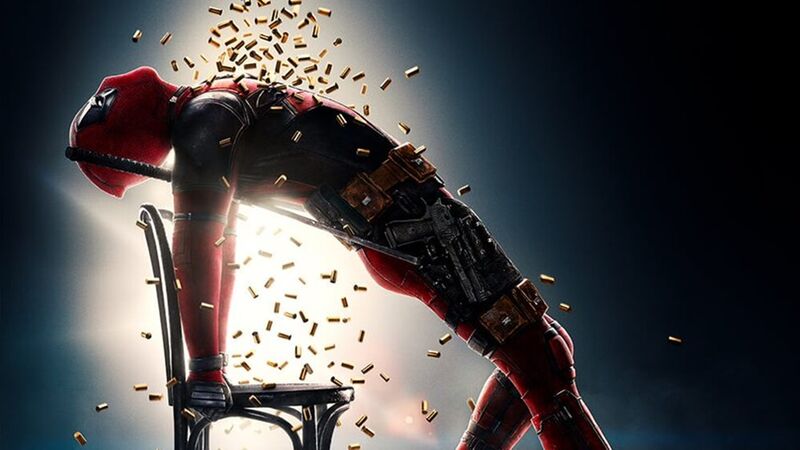 WARNING: The following article contains SPOILERS for Deadpool 2. Proceed at your own risk.

Just like its predecessor, Deadpool 2 is stuffed with jokes. Some of which are wholly inappropriate, although befitting of the film’s R-rating. Making them all the funnier. Here are 10 times we almost choked on our popcorn while watching the ‘merc with a mouth’ interact with other characters, actors… and us.

Early in the film, Deadpool 2 takes us on a whistle-stop tour of the world as the red-suited one takes on international bad guys.

“Hey, it’s Gale calling,” says Deadpool to one nefarious gangster. “Love the shiny suit. Really brings out the sex trafficker in your eyes.”

He follows this up with: “I don’t speak Cantonese Mr–. Well, I’m not even going to attempt that. But I did take A-grade Spanish so donde esta la biblioteca? Which literally translates to: “I don’t bargain, punkenf—er.”

It doesn’t. It literally translates to ‘Where is the library?’ Insert crying with laughter emoji here.

When Vanessa gifts Wade a metal device inside a jewellery box, he’s not sure what it is. It’s actually her way of showing him she’s ready to start trying for a baby. Which they may or may not call Cher.

“No, d–k-for-brains,” she responds. “My birth control device. Baby factory is open for business.”

3. Weasel to a Grieving Wade

After Vanessa is killed, Wade sinks into a dark place. And we’re not talking about Weasel’s bar – although that is the setting for the following line.

Weasel says in typically candid fashion to Wade: “You smell like somebody s–t in a civil war wound after it had become gangrenous. They should have just amputated it. Why s–t in it? Doesn’t make any sense.” Gross and tasteless, but funny.

4. Deadpool in the X-Mansion

As he’s wheeling himself around the X-Mansion in Professor X’s wheelchair, Deadpool notes the portraits hanging inside.

“All these elderly white men on the walls,” says Wade. “Should have brought my rape whistle.” Indelicate, sure. But lol.

In the Ice Box, a remote mutant prison set in sub-zero surroundings, Wade comes face-to-face with an adversary known as Black Tom Cassidy. Cassidy is Irish, and very white. And yet he sports a hairstyle associated with black culture.

After introducing himself as Black Tom Cassidy, Deadpool responds “White Wade Wilson” without missing a beat.

Wade is talking to Weasel about building a team to take on Cable. Weasel describes Cable to Deadpool thus: “a vicious super-soldier from the future that is looking to turn your skull into a f—able ashtray.”

Crude and definitely funny, it’s Deadpool’s self-referential one-liner follow-up that takes the plaudits here: “We need them tough, morally flexible and young enough so they can carry this franchise for 10-12 years.”

7. Deadpool After a Run-In with Juggernaut

After Deadpool is literally ripped in two by the monstrous mutant that is Juggernaut, young Russell aka Firefist is about to take off with him.

“What’s Juggernaut have that I don’t have?” asks Wade. “Don’t you say legs.”

Cast your mind back to the first Deadpool film and you’ll remember Wade’s tiny arm as it grew back. Here, as a result of Juggernaut removing Wade’s lower half from the rest of his body, we see him growing from the waist down. Blind Al is sitting with Wade on the sofa, and asks Weasel to describe the scene.

“It’s like he’s a muppet from the waist down but this time you can see the muppet’s d–k,” says Weasel. Subtle as always.

9. Deadpool’s Random Finish To a Conversation We Never Hear

Cut to Dopinder’s taxi, with the whole crew inside. Cable included. And Wade is telling a story. But all we hear is the following line:

“And that is why you never eat a raw starfish, it’s just common sense,” he says. Will we ever find out? Hopefully not, because knowing would take all the comedy out of the line.

“I don’t want to die without an audience,” declares a dying Wade.

Milking his death scene for all it’s worth, he starts singing “Papa Can You Hear Me?”, the song from Yentl about which he’s made a running joke through the film.

As he begins his coughing and spluttering routine and says his goodbyes to all those around him, he eyes Oscar glory and says: “I hope the Academy is watching.”

He follows up by giving Domino his Adventure Time watch, calling Negasonic Teenage Warhead ‘Sabrina the Teenage Witch’, getting the prim and proper Colossus to swear, and telling Cable not to judge people by the colour of their skin but by the content of their character. His final words include ‘woodpecker’ and ‘gingivitis.’

Deadpool 2 is in cinemas now.