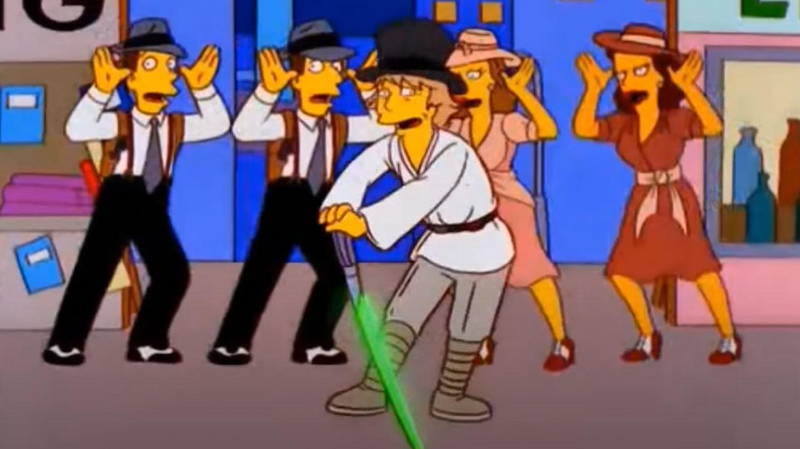 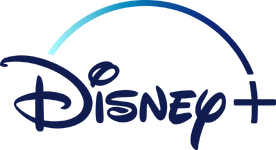 Looking back through all those years and all that yellow, it strikes us that The Simpsons registered a love for Star Wars right out of the gate. In a rare, to-audience spiel that ended S01’s “Bart the General”, our favourite hellion talked straight about the awfulness of all wars. Except for… y’know, the ones in cool, Star-centric trilogies.

Through our generation’s Dennis the Menace, the showrunners effectively booed the folly of our worst impulses while cheerfully “boo-urns-ing” the stellar work of a fellow creative. It certainly wouldn’t be the last time it’d happen. As this franchise has rolled on, the Star Wars parodying has only accelerated, embiggened in scope and now shows no signs of braking for anybody. Yep, we’re now at Spaceball One levels of satire.

All that being said, let’s make like Comic Book Guy, pop culture connoisseurs and rank the all-time best Star Wars references on The Simpsons…

There are actually a few of these jokes in the 30+ seasons of this show. Springfield’s richest is the ultimate evil in this universe (close second: The Baby With The One Eyebrow). It makes perfect sense that he should be introduced with “The Imperial March” theme in S04’s “Marge Gets A Job.” In fact, it’s the gag so nice you use it twice – we were treated to another Darth Monty music break, two seasons later (“A Star Is Burns”).

9. GREAT SHOT KID, THAT WAS ONE IN A MILLION

In S09’s “This Little Wiggy,” we copped a double dose of Star Wars love when TV’s favourite family visited the Knowledgeum. Here, the birds and the bees are explained to young Springfieldians via a “Let’s Make a Baby” exhibit, centred around a sperm gun ripped right out of the Millennium Falcon. The interior designers invited further lawsuits by appropriating the Star Wars logo font for a nearby Mars exhibit.

8. CHEWIE IN A STICKY SITUATION

In S08, Fox attempted to cross-promote another one of its shows with The Simpsons, presumably because the first one they did with The Critic went down so well (Groening took his name off the credits). This time, Dana Scully and Fox Mulder opened up “The Springfield Files” and in their search for a very specific alien, they ran Chewbacca past Homer in a police line-up. Later, during a community sing-along, Chewie is seen belting out “Good Morning Starshine” with the townsfolk. Awfully.

In S06’s “The Springfield Connection,” we moved from cheap sight-gags to unabashed adoration. For practically no reason whatsoever, Homer and Marge attend a concert, and the played song is the Star Wars Main Title (we also like to think that the orchestra preceded that number with an attempt at the THX sound and that it was loud enough to explode some heads). Unable to just pay Star Wars homage, the writers made Homer assume that composer John Williams was dead. Classic.

In the Treehouse of Horror featured in S11, we were treated to a thorough roasting of Star Wars fans and the Comic Book Guy both. Morphed into his super-villain alter-ego – ‘The Collector’ – he demands Lucy Lawless use “Obi-Wan” as his boudoir pet-name. It fails to enhance his “Xex” appeal. Later, an epic battle between the two involves Darth Maul’s double-bladed lightsaber. This requires removing it from some packaging, which he greatly frets over. Many of us laughed at this, then had this weird urge to go double-check the structural integrity of our own.

5. KEEPING UP WITH THE JAMES EARL JONESES

This pop culture reference in S06’s “‘Round Springfield” was densely layered, but fans of James Earl Jones were on cloud nine over it. Speaking of cumulonimbi, that’s the joke – Lisa communes to a deceased Bleeding Gums Murphy in a scene aping The Lion King. The weather forecast continues to deliver a 75% chance of hilarity when Mufasa randomly pops up with a lesson for Kimba (sorry…Simba). Shortly after that, along came Darth Vader and his “I am your father” line. Truly, a dead-on salute to the spirit advisor trope and bad-ass baritones in general.

In S03’s “I Married Marge” Homer and Marge leave a film theater in 1980 after watching The Empire Strikes Back. Homer does something truly strangle-worthy by loudly proclaiming: “Who would have known that Darth Vader is Luke Skywalker’s father?” It’s a spoiler for the ages. He does, however, use his Star Wars knowledge for good later on; Marge is effectively wooed when she’s called as pretty as Princess Leia and as smart as Yoda. Swish!

3. ARE YOU SURE THIS THING IS SAFE?

S05’s “Homer Goes To College” is a favourite of ours for so many reasons. While Homer’s awful pranking of Dean ‘Stupid Head’ Peterson ranks high, so too does Mr Burns’ crappy escape pod. After Homer triggers yet another plant meltdown, Monty boards a safety vessel that’s been borrowed from the Tantive IV CR90 Corvette. It’s spaciously designed for two people or one buck-toothed old mummy with a bony old behind who likes to put their feet up.

Against all odds and basic common sense, Ralph Wiggum wins the Diorama-rama contest in S06’s “Lisa’s Rival”. The winning entry: a Principal pleasing box full of mint condition Star Wars action figures, including Luke, Obi-Wan and Chewbacca. A boastful Ralph trips and falls on said box and then informs all onlookers that he’s “bent his wookiee.” It’s hilarious and perhaps the first televised instance of a “wookiee is an appendage” joke. The Bloodhound Gang basically picked that up and ran with it from here.

S10’s “Mayored to the Mob” is without a doubt the best Simpsons love-letter ever addressed to a galaxy far, far away. In fact, we’d go so far as to label this whole episode as a Star Wars extravaganza on par with the Holiday Special. Except The Simpson’s one has musical numbers that make more canonical sense. And it’s actually watchable.

For starters, we get an advertisement for the ‘Bi-Mon-Sci-Fi-Con’ that includes C-3PO and R2-D2 versus two Battlestar Galactica Cylons in tag-team wrestling. Match result: Threepio gets brutally elbow dropped and punched in the face repeatedly. Artoo wisely exits stage right as Golden Rod shouts abuse at him.

That’s funny and therapeutic, but the brightest point in this episode has to be the guest star that is Mark Hamill. We’re talking Luke Skywalker himself (aka Grabass Walker). Originally signed up to play Nathan Detroit in a local production of Guys and Dolls, Mark is conned into singing “Luke, Be a Jedi Tonight” while using a plastic lightsaber as a dancing cane. It’s a low point, though probably not as low as the low, low phone bill savings he tries to push onto his fans. Ol’ Gil Gunderson would be proud.
Finally, before we’re treated to the most romantic rescuing this side of The Bodyguard, Hamill manages to instruct Homer Simpson just as well as Yoda. “Use the forks” is to this day one of the most beloved Star Wars puns out there. Right up there with “Qui Gon Gym”, “Ben Swolo” and “Sale at the Maul – everything’s half off.”