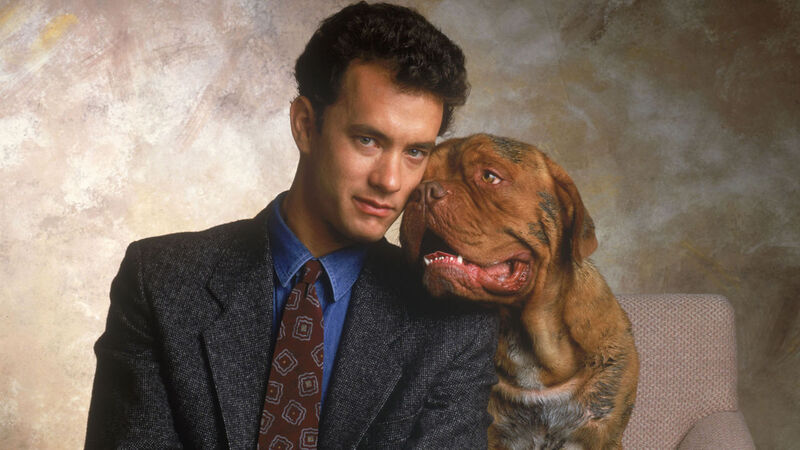 Stuff ’80s Movies Were Obsessed With (That We Now Rarely See)

The 1980s weren’t just filled with big hair, big phones, big power ballads, and big shoulder pads. The decade also featured its fair share of strange movie trends, tropes, genres, clichés, and conventions. Many of which are rarely seen in cinemas today. With the following 11 of the best…

The 1980s were absolutely filled with films about muscular folk brandishing huge swords to do battle with evil sorcerers. The biggest and best of the bunch was Conan the Barbarian, the movie that made a star of Arnold Schwarzenegger and spawned sequel Conan the Destroyer and spin-off Red Sonja. The decade also gave us Clash of the Titans, The Beastmaster, Krull, Hawk the Slayer, Deathstalker, Fire and Ice, The Warrior and the Sorceress, and The Sword and the Sorcerer. Every few years the genre gets resurrected, most recently via remakes of Clash and Conan, but the heyday of swords, sandals, and sorcery is long gone.

For decades, Nazis had been the go-to guys when it came to movie villains. But thanks to the Cold War between America and Russia becoming every-more chilly in the 1980s, Hollywood followed suit. Making Ruskies the baddies in scores of action movies. From Podovsky in Rambo: First Blood Part II and Nikolai Rachenko in Red Scorpion to Viktor Rostavili in Red Heat and Georgi Kosov in The Living Daylights. But the best of the bunch was Rocky IV‘s Ivan Drago, played by the very Swedish Dolph Lundgren. Russian villains continued on into the 1990s, but as relations thawed between the nations, so the cliché was left behind.

Black Christmas and Halloween might have started the slasher craze in the 1970s, and the odd effort is still made now, but the ’80s were the decade where they came to dominate horror. Especially with the advent of video, as slashers were cheap to make and release, and teens couldn’t get enough of them. Friday the 13th, My Bloody Valentine, Sleepaway Camp and A Nightmare on Elm Street were the best of the bunch. But we also got Maniac, The Mutilator, Alone in the Dark, The Burning, Slaughter High, The House on Sorority Row, The New York Ripper, The House on the Edge of the Park, Prom Night, Terror Train, The Slayer, Graduation Day, The Funhouse, The Slumber Party Massacre, and loads more, with similarly ridiculous titles. And we’re not saying they lacked originality, but the films almost always concerned a wronged party returning to wreak revenge on the people who crossed them in deeply unpleasant ways. Though that didn’t stop slashers from underpinning the genre throughout the decade.

Cocaine was the designer drug of the 1980s, and it inspired all kinds of movies. Scarface documented the rise of a cocaine baron. Less Than Zero detailed the downfall of a cocaine addict. Action movies like Tango & Cash, a couple of Lethal Weapons, and a whole bunch of Chuck Norris and Chuck Bronson flicks featured tough guys taking out dealers. It was the drug of choice for yuppies — another 1980s perennial — so any movie that featured young and upwardly mobile businessmen also frequently featured white powder. And it even cropped up in family movies, the likes of Three Men and a Baby and Crocodile Dundee II including unnecessary sub-plots about the drug.

We were obsessed with body-swap comedies in the 1980s. Perhaps the greatest example of this sub-genre — Freaky Friday — was released in 1976 and remade in 2003. But sandwiched between those two titans was a slew of films in which someone – usually a kid, swaps bodies with someone else – often their Dad. You had Fred Savage and Judge Reinhold in the hilarious Vice Versa, and Dudley Moore and Kirk Cameron in the slightly less funny Like Father Like Son. Charlie Schlatter swapped places with grandad George Burns in 18 Again. The Coreys got in on the act via multiple body swaps in Dream a Little Dream. Tom Hanks didn’t swap with anyone, he just got big in Big. While Lily Tomlin entered Steve Martin’s body in All of Me. Body swap comedies have been few and far between since, though Jennifer Garner flick 13 Going on 30 is the best of the post-80s bunch.

Mismatched cops were a staple of 1980s cinema. And none were better than the movies that featured cops being mismatched with dogs. There were only actually two of them. And they came at the very end of the decade, bizarrely just three months apart. But K-9 and Turner and Hooch make the list because they are both great. K-9 starred James Belushi as a cop who gets assigned an Alsatian called Jerry Lee as his partner. And Turner and Hooch stars Tom Hanks as a cop who gets partnered up with a slobbering Dogue de Bordeaux called Hooch. In spite of the fact that they were comedies — SPOILER ALERT — only one of the dogs makes it to the end of their movie alive. Though we aren’t telling you which.

If you were watching a comedy in the 1980s, there was a good chance it featured a sub-plot involving geeks and jocks. Animal House created the template in 1978, and the likes of Porky’s, Revenge of the Nerds, Real Genius, Back to School, The Breakfast Club, Fast Times at Ridgemont High, The Goonies, Weird Science, The Last American Virgin, Zapped! and many, many more followed in its drunken footsteps. Caddyshack told the story on a golf course. Stripes set the story in the army. And Police Academy took the premise to… a police academy. More recent examples include Old School and Neighbors, but good as they were, they failed to hit the stoned highs, and tasteless lows, of the 1980s classics.

Gremlins has a lot to answer for. The huge success of Joe Dante’s horror-comedy about cute friendly creatures turning into ugly killer creatures spawned a horror sub-genre. Which gave us the likes of Critters, Ghoulies, Troll, Munchies, and Hobgoblins. There were also deadly little creatures in The Gate and Cat’s Eye. While special mention should go to Best Worst Movie, a brilliant documentary about the making of Troll 2, one of the worst films of all-time, and a Troll movie that didn’t feature any actual trolls.

Movie spoofs will always be with us. But while we now get maybe one a year, in the 1980s, they were ever-present. Mel Brooks is the undisputed king of the genre, but Airplane! kicked things off proper in 1980, the Zucker brothers taking a ‘Mad Magazine’ approach to disaster movies, and crafting one of the funniest films of all-time in the process. Top Secret! did war movies and Elvis, Spaceballs tackled Star Wars, This is Spinal Tap mocked rock bands and music documentaries, The Naked Gun spoofed cop movies and shows, The Man With Two Brains ribbed mad professor flicks, Student Bodies parodied slashers, while I’m Gonna Git You Sucka did blaxploitation. The decade also gave us anthology spoofs like UHF, Amazon Women on the Moon and History of the World Part 1. The latter by the man who helped start it all, Mel Brooks.

A frequent horror trope of the 1980s was houses, hotels and the like being built on burial grounds or ancient cemeteries. Resulting in angry spirits haunting those who have now taken residence above their graves. Poltergeist, The Shining, Pet Sematary and The Amityville movies all featured the conceit. Though ironically, it’s a convention that has actually died, with families in modern horror movies clearly doing their due diligence before buying property.