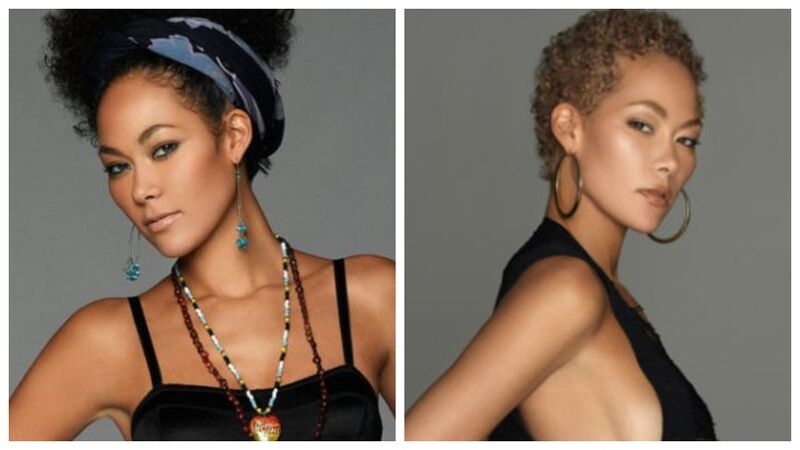 12 of the Worst ‘America’s Next Top Model’ Makeovers Ever

America’s Next Top Model is known for several things: outlandish photo shoots, catty contestants, wacky catchphrases, and, of course, the infamous makeover episode. Once a cycle, host Tyra Banks conjures up new looks for all of the models, with the hopes of upping their style and giving them a signature aesthetic.

Often, these glow-ups turn everyday pedestrians into modelesque divas ready to conquer the runway and the fashion world. But sometimes, things don’t go to plan, and the transformations disastrously miss the mark.

Below, we’ve assembled some of the worst ANTM makeovers of all time, ranging from the unfortunate to the downright tragic.

Cycle 7 contestant Jaeda Young entered the competition as a frontrunner, with the kind of bone structure that hardly even requires a smize to produce a stunning shot. However, things got rocky for the young model after Tyra decided to chop off her luscious locks and leave her with a Halle Berry-inspired pixie cut. While the look itself wasn’t horrible, Jaeda was never able to fully own it, which resulted in several visits to the bottom two before finishing as fifth runner-up.

Perhaps one of the most bizarre makeover moments in ANTM history came in Cycle 15, when Tyra ordered a dentist to widen the gap in contestant Chelsey Hersley’s front teeth. That’s right, a gap already existed, but Banks thought highlighting it even more would give the model a “Lauren Hutton” look. Though Hersley was into the makeover and did well throughout the competition, this bit of unnecessary surgery felt extra, even for an over-the-top show like America’s Next Top Model.

Speaking of unnecessary, no list of worst ANTM makeovers would be complete without a nod to Denzel Wells’ beard weave. The Cycle 21 contestant came into the competition with a clean-cut look, which Tyra decided to complicate by gluing a less-than-convincing beard to his face. The result was something that looked fresh out of a Halloween bin and ultimately contributed to Wells’ mid-show elimination.

Brittany Hatch was one of the fiercest competitors on Cycle 8, turning out spectacular shots week after week, in spite of the fact that she had an out-of-control weave the entire time. Initially bestowed upon her as a means to make her features pop on camera, her bright red locks became a running gag on the season as they induced confusion from the audience and tears from Brit herself.

One of the most controversial models to grace the ANTM catwalk, Jade Cole stormed into Cycle 6 thinking herself the inevitable winner. While she did turn out fabulous photos, strong runway walks, and more personality than all the Jays combined, a low point in the competition came in the form of her unfortunate makeover. Though she managed to rock her too-short blonde cut with her signature aplomb, it never really landed in shoots like Tyra wanted it to.

What can we say? Tyra loves a mullet, especially when dyed in a bold color. Unfortunately, this love rarely, if ever, translates to makeover gold for the model unlucky enough to receive it. In Cycle 22, the victim was Ava Capra, who went from being an early standout to receiving an early elimination after being gifted arguably the worst mullet in the show’s history. We had high hopes for Capra, but there was no coming back from a look that took all the attention away from the model herself.

If you look at a photo of Cycle 15 contestant Sara Blackamore’s makeover, you might at first think it a major success. Her brunette tresses are swept back sumptuously, leaving behind a fun mid-part that compliments her gorgeous face. But as soon as you pan down from the hairline, you’re confronted with a shocking makeover decision: a pair of bleached eyebrows. Who knows what compelled Tyra to slap these bad boys on Blackamore, but they certainly did her no favors as she lasted only three episodes.

One of the most memorable moments in all of ANTM history came in the form of Cassandra Whitehead’s Cycle 5 makeover meltdown when Tyra decided to whittle down her long brown tresses into a blonde pixie cut. As if the tears and salon tantrum weren’t enough, the former Texas pageant queen doubled down on the drama by deciding to leave the show after Banks said she wanted to cut her hair even shorter. Talk about iconic!

This might be a controversial pick, but we’re going to go for it: Cycle 10’s Anya got one of the worst ANTM makeovers of all time. Some people forget about this because Anya did so well on her season (snagging an impressive five first call-outs and a runner-up title), but let’s not forget that she entered the competition with already gorgeous naturally wavy brown hair that Tyra for some reason chose to bleach blonde. And as happens with many a new blonde on the show, the hue eventually turned more straw gold than ice queen, which is not a cute look.

Though Elina Ivanova had a strong presence throughout her season, a low point definitely came in the makeover episode when her luscious mane was reduced to a curly mess of red hair. Sure, it photographed well, but Elina was never sold on the end product and, therefore, was unable to own it. This ultimately led her to a fifth-place finish.

Yet another victim to Banks’ obsession with short haircuts, Cycle 12’s Stacy Ann Fequiere went from having a beautiful head of long black hair to what can best be described as a spiky chinchilla of a do during her makeover episode. Though she managed to turn out some stunning shots after the revamp, it’s hard to look at the before and after and not wonder what in the world mother Tyra was thinking.

As far as weave disasters on ANTM go, Molly O’Connell from Cycle 16 may have received the worst of them all. To amp up the young model’s southern blonde charm, Tyra opted for a voluminous spaghetti monster of a weave that was so fickle, it had to be removed after only one week. While the return to straight locks helped O’Connell make it all the way to the top two, her brief, shimmering moment as a sea anemone more than earns her a spot on this list.

Cody Gohl
Codygohl
Cody Gohl is a Brooklyn-based writer and editor with a penchant for reporting on LGBTQ issues (Logo, CityLife), fashion trends (The Manual), and nightlife goings-on (Next). If he could be any character on any TV show ever, he'd obviously choose to be Amy Gardner from "West Wing."