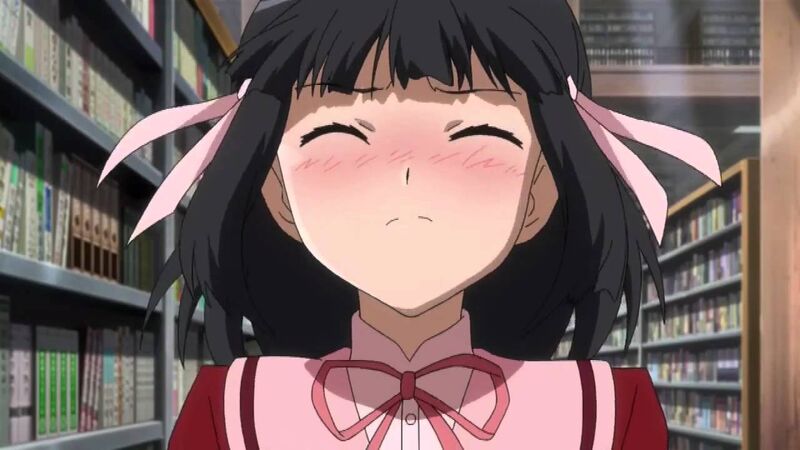 15 Anime Words That Will Impress Your Otaku Friends

Getting into anime can be quite daunting for some, especially when it comes to the Japanese language. It often takes a long time to understand what’s going on without searching online or asking your otaku friends for what certain terms mean. To save you a bit of time we compiled a list for you of 15 anime words, split into genre, characters, and fandom, that will help you sound like you know as much about anime as your otaku friends.

Josei series are often anime that are aimed at older teenage and adult female audiences and take romantic and slice-of-life storylines into more mature directions. In general, these works tend to contain more realistic interpersonal relationships — as opposed to Shōjo’s (see below) often idealized ones — and cover darker themes like rape and infidelity.

While a lot of Josei anime feature female main characters, there are few with male protagonists. Male leads are portrayed as good-looking men with storylines that have a somewhat homosexual undertone. Popular Josei anime include Usagi Drop and Michiko to Hatchin.

Anime has a lot of genres, and one that’s been increasing in popularity recently is Seinen. The majority of anime shows that fall under this genre targets adults from their 20s to their 50s.

Seinen titles typically have more violence, especially of the psychological type, and can sometimes cover mature themes, such as sex, corruption, or mental illness. They also often follow a lead character who goes through traumatizing events that would change their world. Popular titles in the Seinen genre include Black Lagoon, Gantz, and Parasyte -the maxim-.

Often referred to as “young girl,” the Shōjo genre is the female equivalent of Shōnen. Anime of this type targets teenage girls and young women with its focus on romance, drama and idealized interpersonal relationships. But that doesn’t mean that these series don’t feature any action or fighting scenes. On the contrary, Shōjo anime like Sailor Moon and Revolutionary Girl Utena combine romance and action and feature a strong female lead who is dealing with unbelievable circumstances.

If you’re new to anime, you might have heard of Yaoi. The term, also known as Boy Love or BL in English, refers to an anime series or movie that concentrates on a male homosexual relationship. Yaoi titles focus on the sexual relationship of handsome male leads and include a dominant (seme) pursuing a submissive character (uke).

Although Yaoi series like Love Stage!! and Junjou Romantica, target adults, the genre has a large female fanbase as well.

Where Yaoi anime involves a male romantic relationship, Yuri is the flip side to this and focuses on storylines dealing with emotional and sometimes sexual aspects of a relationship between two women. Although some older Yuri series focus on emulating heterosexual relationships with a tragic ending, more modern series have broken this mold. Series such as Riddle Story of Devil and Strawberry Panic! show that some relationships face adversity, but it always has a happy resolution.

A Chuunibyou often shortened to Chuuni, is a student anime character who believes they have magical powers or act like they know-it-all. While Chuunibyou isn’t a thing in real life, it’s common in anime characters like Shun Kaidou from The Disastrous Life of Saiki K. To put it mildly, these characters suffer from delusions of grandeur, like fighting to protect the world from evil organizations.

-Dere is a suffix used to define how someone expresses themselves. In anime, characters — often females — have predefined aspects. Over the years, these personalities and characteristics have evolved to include many types of -dere. One of the most well-known -dere is yandere, which is a charming girl who hides her dark side. These character types end with -dere, which is short for “deredere,” as it’s a figure of speech meaning lovestruck.

Kawaii is a Japanese adjective that means cute and is often used to describe an aesthetic within anime or a very cute girl. The term has become an obsession both in and outside of Japan, with anime fans describing everything that they find lovely or charming as Kawaii. As a result, this has overuse of the term has overshadowed its less common, secondary meaning, which is cherished or beloved.

Anime is a broad medium, and as such, it now seems to cover every fetish you could imagine. One popular fetish is that of attractive characters who wear glasses. These are known as Megane (for males) or Meganekko (for females). Their appeal or charm derives mainly from wearing glasses. And their various types of megane, from those who state their intelligence to those that inspire romantic feelings.

Scriptwriters use the term Moe when describing a character or object that’s either small, precious, or adorable. Moe anime centers on young and idealized female characters like Tsukuyomi Komoe from A Certain Magical Index. This homeroom teacher is only 4’5″ tall, with pink hair and eyes, and she dons children’s clothing, so most people see Komoe as an adorable little girl.

Baka is quite a popular term within the anime community. It refers to someone who is stupid or who has done something foolish. Many times a female lead uses this term to express the lack of intelligence of her co-lead. So, if you watch Naruto or any other shounen anime, you will undoubtedly hear this word from many of the show’s female leads.

A lot of schools in Japan require that their students wear uniforms. As a result, the outfit, also known as Gakuran, has become a hallmark of slice-to-life series and teen comedies. It’s not unusual to even see these anime characters lounging around shopping centers in their school outfit, even on the weekend. Rin Tohsaka from the Fate series is often seen wearing a Gakuran in and out of school despite not needing to.

Gomen nasai, which means “I’m sorry” in Japanese, is a useful word to know if you’re ever traveling to Japan. Anime characters also tend to use this term a lot when they do something Baka. However, gomen nasai is a more informal phrase, so if you want to offer a polite apology, then suimasen is the better one to go for.

One of the first words that you should probably need to learn when watching anime is seiyuu. The term refers to a Japanese voice actor or actress. It’s a word that many hardcore anime fans use when discussing the undubbed Japanese animation voice acting.

When watching anime, right before an epic battle starts, one of the fighters usually yells out “urusai” to one of the annoying sidekicks running their mouth and there is a sudden hush among the crowd. That’s because the word means “be quiet” or more accurately, “shut up.”  Depending on the tone the character uses, urusai can be an all-purpose insult that disparages a person’s intelligence or refers to something that’s unwanted or unneeded.