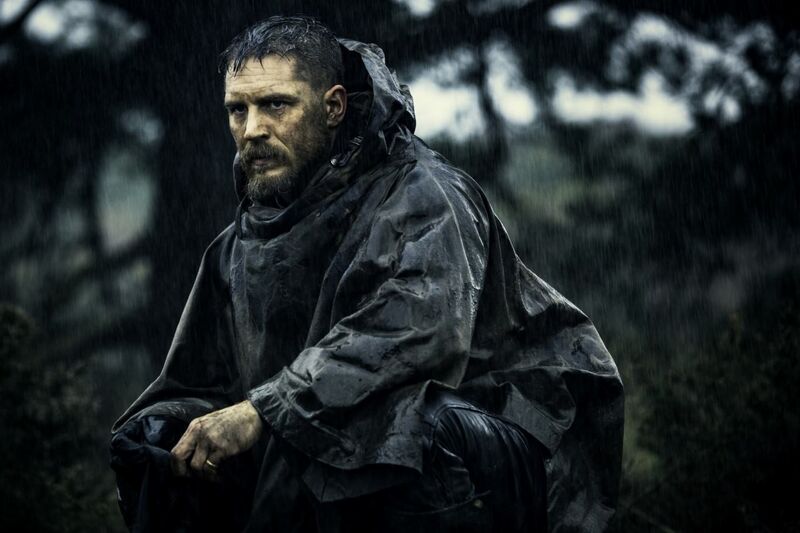 16 Reasons ‘Taboo’ Already Has Us Hooked

Taboo is intriguing. It opens with a deliberately mysterious episode, and we’re left asking lots of questions of Tom Hardy’s new BBC drama series. Perhaps the biggest of all being just what is the taboo subject the title signposts? There are plenty of happenings and intimations in Episode 1 that you might already consider worthy of that label… Anyway, Fandom delves into all the details from Episode 1 that have got us talking – and have us gagging for more.

1. We Want To Know Why James Delaney Buried A Small Package


In the opening scene, a hooded figure breezes in through the mist in a rowing boat. He switches oars for reins and makes his way across the British countryside to a spot near a tree. We see him dig a deep hole in the ground. He pulls back his hood. Turns out to be Tom Hardy – in the form of our main protagonist, James Keziah Delaney.

He proceeds to bury something small wrapped in a bag before riding into London to make an appearance at his father’s funeral. Apparently, the bag contains 14 stolen diamonds. But why does he bury them? And how have they come to be in his possession?

We learn later that he’s been away in Africa for years, presumed dead. He’s returned because of the death of his father, Horace Delaney, and to claim his legacy. It follows that his apparent return from the dead causes all sorts of problems, and we discover that there are family secrets and other murky goings-on. These will (hopefully) become clearer as the season unfolds.

Although he’s firmly in the anti-hero camp, there’s something very appealing about James Delaney. And that’s partly because Tom Hardy is giving us what we want from him as an actor. He’s gruff, grizzly, and he grunts a lot. But there’s something soft about him too, underneath, that charms us as an audience. Of course, it helps that all those around him are coming across as way more underhand. They all have a greater potential for nastiness, backstabbing and the doing of downright evil deeds than Delaney, Jr. however menacing, bitter, uncompromising and bent on revenge James may appear.

3. The Whiff of Incest

Incest is surely one of the greatest taboos. But it’s one that’s been explored in depth in one of the most popular TV series of all time – Game of Thrones. So it’s something we’ve come to expect in a dark and twisted drama series, right? While it’s not made explicit in Episode 1, it’s heavily hinted at. James Delaney tells half-sister Zilpha in an early scene: “One thing Africa did not cure is that I still love you”. An awkwardly worded line, sure, but there’s so much chemistry between these two. It’s in the passionate way he speaks to her and the mutual smouldering glances; it’s in Zilpha’s heaving chest and intense eyes. It’s easy to forget they’re bonded by blood.

James appears to hallucinate on a couple of occasions. Are they flashbacks? Or are they visions? At one point, he sees an aged witch character bathed in a blueish light, thrashing around in water wearing black feathers and cackling. Later, he has an equally unsettling vision of a slave coming back to life in the autopsy room he’s visited. The slave is a man he appears to know. He says he has no fear for him and no guilt for him. He appears to be haunted by his past. There are indications here that he’s done bad things and we want to know what.

While the burial service is being held, James Delaney repeatedly scatters a red dust into the grave. He then smears some of it down his cheek below his right eye. Is this a custom he’s picked up from his time in Africa, or is it something more sinister? With the visions we’ve seen him experience, James’s claims that he knows “things about the dead” and hints at some kind of magic practiced by Delaney’s both senior and junior, it could have a deep significance.

When Wilton is reading out a list of offences Delaney committed while at the East India Company Military Seminary, he references a fight with a bear on Chancery Lane. With The Revenant still fresh in our memories and that bear scene such a hot topic for discussion, it’s surely a deliberate inclusion. The pair have an ongoing bet linking back to that film and Tom Hardy’s Oscar nomination, involving a tattoo Hardy is yet to get inked. On top of that, Tom Hardy is one of the producers on Taboo. Given his bromance with Leonardo DiCaprio, it seems likely it’s a good-natured dig at his Revenant co-star. A sort of “Anything Leo can do, I can do too; if Leo can fight a bear, so can I” type message. Interestingly, as Wilton is talking, over his shoulder we can see a carving on the wooden fireplace surround that looks like Hardy.

7. We Want To Know What On Earth Happened To James Delaney

He spent a decade in Africa. Wilton describes a model student to Sir Stuart Strange, head of the East India Company, when going over James Delaney’s background. He was an “exceptional” cadet and became a corporal. But a couple of years later, he started acting up – setting fire to a boat during an experiment with oil and mashed potatoes while drunk, and leading a rebellion against the cooks for bad custard. What happened to him to make him behave this way? In 1802, he fled for Africa. What made him leave? There’s a suggestion he went off in search of hidden treasures but we also know that his mother was a tribeswoman. Perhaps he went off in search of her. He also says he’s well off – how come?

8. He Knows Things He Shouldn’t

The family manservant, Brace, told him as much. And we want to know how. There’s some kind of magic afoot, it seems, which his father also appears to have dabbled in. James says that he was able to hear his father calling to him across the sea. He lets on to Brace that he knows about his mother, and that his father bought Nootka Sound – the piece of land he’s set to inherit – and a wife for gunpowder.

According to Brace, Horace Delaney had told him never to say anything to James about any of this. James, however, says his father told him everything and that he heard it when his father “lit his fires on the foreshore”. Brace refers to Horace as “half human” towards the end, making deals with ghosts in the flames in a language that was like “ravens fighting”. Horace would also speak to James, he says.

9. Franka Potente Is In It

And it’s got us all excited. She plays a madam who has taken over a property of Horace Delaney’s and turned it into a whorehouse. She attempts to use her wily ways on James, who’s quick to shoot her down. The German actor first came to attention in the late 1990s with breakthrough crime thriller Run Lola Run and featured in the Bourne franchise as well as episodes of American Horror Story: Asylum, The Bridge and Dark Matter.


During their exchange in the brothel, she threatens James Delaney who refuses the deal she offers him. She warns him that she has men that she can send after him. His response? “Send me 12 men and I will return you 12 sets of testicles in a bag then we can watch your little whores devour them together before I chop off your trotters and boil them.” Classic.

11. All The Game of Thrones Actors

Alright, so the Game of Thrones cast is pretty big and it’s highly likely they’ll crop up in other things. But we’re excited to see a pile of its British cast pop up in Taboo. There’s Jonathan Pryce as Sir Stuart Strange, previously seen as the High Sparrow in Season 6 of Game of Thrones. You’ll also see Oona Chaplin – James Delaney’s half-sister Zilpha in Taboo. She was Robb Stark’s wife Talisa in Game of Thrones.

Others include Jefferson Hall – Zilpha’s husband Thorne Geary in Taboo – who was Hugh of the Vale in Game of Thrones, and Roger Ashton-Griffiths. One of Strange’s cohorts in Taboo, Griffiths played Mace Tyrell in Game of Thrones.

12. It’s Created By Tom Hardy and His Dad

A passion project for the Hardys, Taboo is conceived by the father and son duo. On top of this, it’s got Peaky Blinders creator Steven Knight on board as executive producer and none other than Ridley Scott. That’s a great pedigree. Oh, and Hardy’s dad is called Chips.

13. We Want To See More of His Little Brother

As the episode unfolds, we learn that James has a younger brother, fathered by Horace. For some reason, he has been in the care of a man that isn’t his father. It seems that there’s a reason for keeping him hidden away. But although James goes to check on his younger sibling and to take money for his keep, he declares himself unfit to be around children and won’t interact with him. He also says he never wants to see him again. The boy is undoubtedly significant. As the son of Horace Delaney, he is a potential heir. Could James be wanting to protect him? Or could he even be the secret son of James and Zilpha perhaps?

Playing a character called French Bill, Scroobius Pip looks set to turn up in Episode 2. The British poet and musician hosts Distraction Pieces Podcasts, one of the UK’s most popular podcasts. But he’s also an actor. You might have seen him in The Bastard Executioner.

15. Zilpha’s Reference To Secrets of The Past

What could she mean? There have been hints and suggestions throughout this mysterious first episode of long-buried secrets. But in her letter to her half-brother at the end, she implores him to keep the secrets of the past buried “in a deeper grave” – and it’s more important to her than anything else. Legacy included. All will be revealed in due course but we’re eager to find out.

It’s leaden, it’s atmospheric. It’s pretty constant throughout the entirety of Episode 1. But it brings so much meaning to everything and turns the darkness and tension up to 11. You may not be surprised to discover the music is written by Max Richter. The acclaimed German composer is responsible for the scores of films including Martin Scorsese’s Shutter Island, artificial intelligence drama Morgan and Ari Folman’s affecting Lebanon War documentary Waltz With Bashir. He also scored TV’s The Leftovers.

Catch Episode 2 of Taboo in the US on 17 January and in the UK on 14 January.