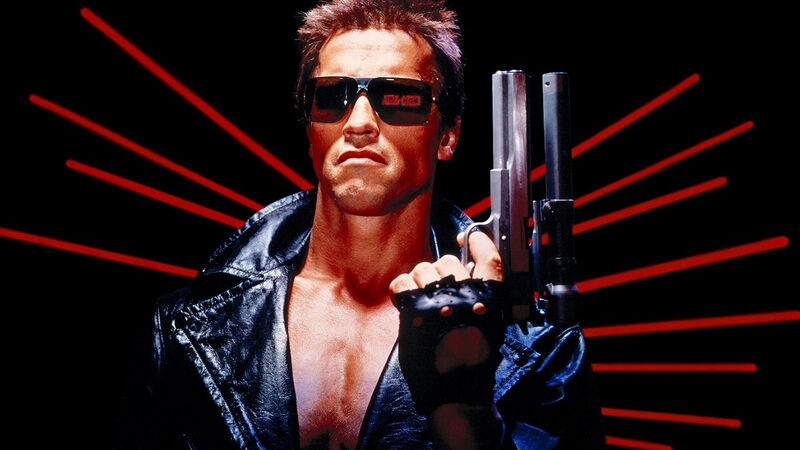 A recent Scout study carried out by Mediahub found that young people love to re-watch action movies from the past. With that in mind, we’re taking a look at some of the best movies from the decade that put the genre on the map: the 1980s. The following are therefore films that hit big at the time and continue to influence writers, actors, and directors to this day.

Combing their love of the 1930s serials with an affection for James Bond, George Lucas and Steven Spielberg came up with archeologist, treasure hunter, and soldier of fortune Indiana Jones. Played with effortless charm by Harrison Ford, his first adventure found “Indy” competing with the Nazis to find the fabled Ark of the Covenant.

The film combed action, adventure, romance, drama, and a dash of horror in irresistible fashion. So much so that Indy returned in three more flicks, with another apparently on its way. But there were far more pretenders to his fedora, with the intervening years filled with rip-offs — some good (Romancing the Stone, National Treasure, Tomb Raider, The Mummy) and some bad (High Road to China, Sahara, Sky Pirates, Jungle Raiders).

If the original Mad Max was a film about the title character losing his humanity, this sequel — retitled The Road Warrior in America — saw him regain it, with Max helping to protect a peaceful community of settlers against a gang of violent marauders. But the power of Mad Max 2 isn’t in its plot.

Instead, it comes from the film’s look — a post-apocalyptic punk aesthetic that has influenced everything from video games (Fallout) and festivals (Burning Man) to comic book characters (Tank Girl) and music videos (Phil Collins’ “Don’t Lose My Number“). Then there’s the action itself, with much of the movie an adrenalin-fuelled chase sequence that has been aped and copied ever since. But the only film that has come close to matching it for insane stunts and onscreen carnage is the belated sequel, Mad Max: Fury Road.

Looking for a post-Rocky hit, Sylvester Stallone latched onto this adaptation of David Morrell’s celebrated 1972 novel. In the film, John Rambo wanders into Hope, Washington and is promptly driven out of town by the sheriff. He returns and sets off a chain of events that result in Rambo going to war with the local police.

First Blood was a serious, socially conscious action movie that tackled PTSD and the shoddy treatment of soldiers returning from war. It spawned sequels, books, comics and even a cartoon, as well as scores of copycat movies. But most missed the point of First Blood, which is resolutely anti-violence, the title character never directly killing anyone during the movie.

James Cameron‘s science-fiction story of a cyborg assassin sent back in time to stop the saviour of mankind from being born had a profound effect on the action genre. The Terminator wasn’t the most original concept, with the movie owing a rather large debt to the work of Harlan Ellison. So, it’s somewhat fitting that the film was followed by all manner of cheap knock-offs, from Cyborg, Solo, and Eve of Destruction to Hardware, Cherry 2000, and Lady Terminator.

While those films followed The Terminator template of pitting humans against a killer robot, they lacked the special effect that made the original so memorable. Namely Arnold Schwarzenegger, who barely has any lines in the movie, yet delivers one of the most memorable performances in film history.

The diminutive Jackie Chan casts a huge shadow over the action genre, and we very nearly chose 1983 action-comedy Project A for this list. Largely because of that amazing and hugely influential clock tower sequence. But Police Story got the nod because it features arguably even better stunts, especially during the climactic showdown in a shopping mall. And because movies have been paying homage to it ever since, most notably Tango & Cash, Rapid Fire, and Bad Boys II.

The plot revolves around police efforts to bring down a crime lord, but audiences don’t watch Jackie Chan movies for the story. They watch for his incredible stunts, followed by the gag reel which documents how often he nearly got killed.

There were buddy cop movies before 1986. But Lethal Weapon is the undisputed king of the subgenre and the one to which all other efforts are compared. Shane Black’s script combines action, comedy, thriller, and drama, and manages to score on all fronts.

While Mel Gibson and Danny Glover prove to be perfect foils for each other, becoming the most likable onscreen duo since Hope and Crosby. Many more mismatched cop movies followed Lethal Weapon, as well as films that teamed cops with dogs, cops with kids, cops with aliens, cops with actors, and even cops with dinosaurs. Though the less said about Theodore Rex, the better.

Sci-fi horror Alien was a game-changer in 1979. Then Aliens arrived a few years later, substituted the horror for action, and again moved the goalposts. Where the first film featured the unqualified crew of a spaceship doing battle with a single alien entity, the sequel pitted a squadron of marines against scores of them.

The film’s bigger budget resulting in spectacular action onscreen. Aliens was a smash-hit, and the industry took note, with countless sequels raising the stakes on their predecessors by upping spending, sending in troops, and/or upping the ante with multiple monsters.

Die Hard changed movies in a couple of ways. Firstly, it made the action hero relatable. Following a decade of superhero bodybuilders taking centre in blockbusters, Bruce Willis was an action hero who looked normal, with weaknesses and foibles that humanised him. Which kick-started a trend.

John Woo action movies are a ballet of bullets and blood, with religion and a few doves thrown in for good measure. And The Killer might just be his masterpiece. Chow Yun-fat plays an assassin who accidentally damages the eyes of a singer during a shoot-out and decides to carry out one last hit to save her sight.

Combining high-octane action with slow-motion shoot-outs, the film influenced the output of Hong Kong director Jonnie To (A Hero Never Dies, Fulltime Killer), French helmer Luc Besson (Nikita, Leon), and pretty much every movie Robert Rodriguez has made. Tarantino aped Woo’s style in the two Kill Bill movies, while hip-hop artists also love the movie, as members of the Wu-Tang Clan sample it on a regular basis. Meaning it’s influence can be seen all over the place.