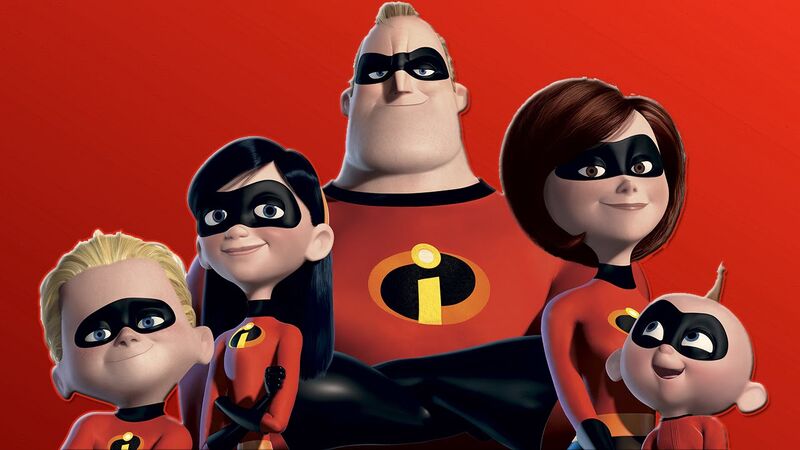 Hey, Movie Lovers! Add These 2018 Favorites to Your Movie Collection

Holiday season is here and you’ve got time to spare on the couch. It’s time to put up your feet, remote in hand, and check out some of the best-loved blockbusters of 2018!

Here are some of the biggest and best genre films of the past year. Whether you’re a Symbiote stan, a dino expert, an Incredibles enthusiast, a Deadpool devotee, or a wanna-be Gunter, these movies will get the job done.

When you’re done checking out our “best-ofs”, why not add these top-tier titles to your movie collection? Our vote for ease of use is the Movies Anywhere app. You can purchase your movie favorites from many places, sync your favorite digital retailers to the app, and watch your movies come together in one place. Now the tough decision will be – do you want to share the app with your family or keep your movies all to yourself?

WHY WE LOVE IT: Incredibles 2, just like the beloved original, is all about family — a family with really cool superpowers. Bob, Helen, Violet, Dash, and Jack-Jack pick up right where they left off 14 years ago with a new adventure that’ll dazzle and delight you and your entire family. From Elastigirl’s eye-popping motorcycle chase to multi-powered Jack-Jack’s rivalry with a crafty backyard raccoon, Incredibles 2 was definitely worth the long wait. This 2018 Pixar powerhouse makes for an ‘incredible’ movie night at home.

WHY WE LOVE IT: Venom turned a classic comic book villain into an unlikely antihero. Who’d have thought a movie about one of Spider-Man’s iconic adversaries, without Spider-Man in it, would be one of the interesting blockbuster films of the year? It’s a blast thanks to the antics of Tom Hardy and a chaotically codependent, and humorously hungry, alien discovered in an asteroid. Yes, the awesome oddball buddy flick of the year is perfect for comic book fans and non-fans alike. Once Venom grabs hold of a hapless Eddie Brock, the bad guys (and their heads) don’t stand a chance.

WHY WE LOVE IT: There’s no denying this dino-sized sequel is pure popcorn fun. Fallen Kingdom opens up a whole new (Jurassic) world of possibilities as Earth’s last remaining dinosaurs and mankind mix like never before. Predators rampage, volcanoes explode, Chris Pratt’s character literally jumps through the jaws of a T-Rex, and entire islands crumble — an epic selection for a big-screen TV and a dope surround sound setup.

WHY WE LOVE IT: Do you love movies? We do. And that’s why we love Steven Spielberg’s Ready Player One — because so many of the movies we love are actually a part of it! Overflowing with iconic imagery and pop culture paraphernalia, this sci-fi joyride is a great flick to watch again and again — you’ll notice new faces and wonders with each repeat viewing. And it’s a great film to watch with family while sharing those nostalgic cultural touchstones of the past.

WHY WE LOVE IT: We can’t get enough of Ryan Reynolds as Deadpool and the hilariously sinister sequel has got it where it counts. The Merc with a Mouth gets even more meta with his mayhem in Deadpool 2. This time he’s up against the deadly villain, Cable, played delightfully by Josh Brolin. And in case you missed the cracking post-credits scene when the film was in theaters, be sure to watch all the way to the end. For those who wish their heroes had a bit more bite, and a smidge more sting, Deadpool’s foul-mouthed buffoonery always hits its mark.