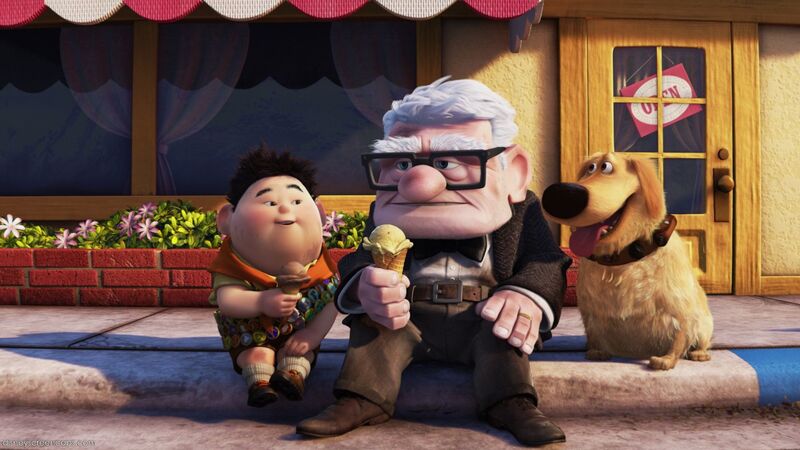 4 Pixar Movies That Can Start a Conversation About Mental Health

The recent suicides of Kate Spade and Anthony Bourdain have shone a spotlight on the United States’ mental health crisis. Half of us will experience a mental health disorder in our lifetime. This means all of us are either personally struggling with a mental health condition or care about someone who is. Yet, stigma continues to be a huge barrier to seeking help — or even having an open dialogue about mental health.

Movies can be part of the solution. Relatable characters who successfully manage psychological problems can provide both hope and a starting point for tough conversations. Four Pixar movies tell particularly compelling and sensitive stories about mental health. These films are a great way to start non-threatening conversations about psychological issues with people of all ages.

Inside Out’s plot centers around emotions and coping with psychological issues. In fact, Pixar incorporates scientific theories about primary emotions and episodic memory directly into the storyline. Riley’s character arc also teaches important lessons about how to cope with stress, change, and difficult emotions.

Many of Riley’s problems stem from Joy trying to suppress Sadness instead of working with her to achieve Riley’s goals. Inside Out demonstrates that all emotions, even unpleasant ones, are useful. The key is for people to recognize what they’re feeling and to then harness that energy in a constructive way. This aligns with research that states people who accept unpleasant emotions are actually less likely to have depression.

Finding Nemo is a story about a father’s heroic journey across an ocean to rescue his son. It is also about how Marlin learns to manage an anxiety disorder. Marlin comes by his anxiety honestly: he witnessed a barracuda kill his wife and all but one of their eggs. This traumatic event haunts Marlin for years. It also makes Marlin into an over-protective parent who has a hard time even letting  Nemo go to school. When Nemo is kidnapped by scuba divers, Marlin is forced to face his fears in order to save his son. Over the course of the film, Marlin overcomes his terror of the ocean and allows Nemo more independence.

Marlin’s journey reflects how exposure therapy, an evidence-based treatment for anxiety, works.  During exposure therapy, a therapist helps clients face their fears in a supportive environment. For example, a therapist would help someone with spider phobia hold a spider in their hands. By directly facing their fears, clients learn that most anxiety-provoking situations are not life-threatening. Like Marlin, many clients also feel more capable of making friends, being better parents, or going on adventures after treatment. This is true even when (also like Marlin) clients have experienced legitimate traumas in their pasts.

Up is a wonderful movie for many reasons, and one of these is its realistic portrayal of the grief process. Carl’s journey brings up a number of uncomfortable truths about dying that often don’t get discussed. First, Carl not only mourns Ellie’s death but the fact that they never get to travel to Paradise Falls together. One of the most difficult things about death is that it leaves things unsaid and unfinished. This is true even when someone has lived a long life.

Second, Carl acts like a jerk after Ellie dies. He injures a construction worker and is initially very rejecting of both Russell and Dug. Our culture portrays grieving people as sad, but grief also frequently comes with intense anger. When people don’t realize that anger is a natural part of grieving, they can feel unnecessarily guilty. Unacknowledged or mismanaged anger can also damage relationships. Discussing Carl’s reactions to Ellie’s death can help people normalize their anger and cope with it better. Carl’s story also proves that it’s never too late to go on an adventure or form new, meaningful relationships.

Almost 15% of people aged 71 or older have dementia. Dementia can have multiple causes but generally involves decreased cognitive ability. People with dementia can also experience significant personality changes and have difficulty remembering important events or people. These cognitive changes have a big impact on personal relationships and can be very distressing for family members.

Coco does an excellent job of demonstrating ways family members can continue to connect with someone with dementia. In a montage at the beginning of the film, we see the creative ways Miguel bonds with Mamá Coco. This can provide caregivers with ideas about how to find new ways of relating to their own loved ones.

Mental health issues will touch all of us at some point in our lives. Stories and films can decrease stigma and help us begin having a more open conversation about this topic. It’s also important to know that help is just a click or call away. Some important resources include the National Suicide Prevention Lifeline (1-800-273-8255), NAMI, and Mental Health First Aid.