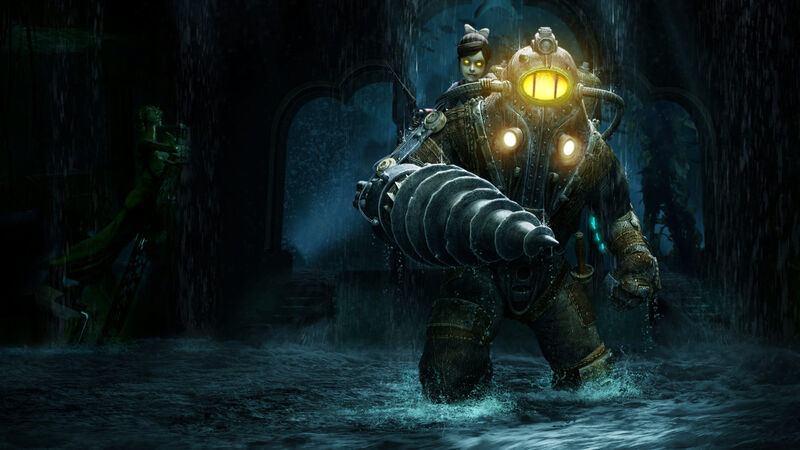 4 Reasons Why ‘BioShock 2′ is the Series’ Best Game

The BioShock series was one of the most beloved of the last console generation, earning countless accolades and awards. The series is back in the news because all three games have now gotten a current-gen upgrade in BioShock: The Collection. Now is an opportune time to rediscover and reevaluate these games. You might come to the same conclusion I did: BioShock 2 is the best BioShock title of all.

BioShock 2 got some acclaim when it first came out, but it was generally regarded as the lesser entry. To many, the game seemed like the easy cash-in sequel that was made without the involvement of the series director Ken Levine. But now, with the BioShock series seemingly put to bed, the 2010 sequel has aged the best of the lot. Before you disagree, hear me out and read the four reasons BioShock 2 is the best BioShock game.

I’m not referring to physical strength here, though as a Big Daddy, Subject Delta certainly is powerful. Delta is a bit deeper of a character in BioShock 2 than BioShock‘s Jack and BioShock: Infinite‘s Booker. Jack is merely a tool used by everyone around him, which makes for a fun twist but a nonexistent character. Oppositely, Booker is more involved, but his past is much more interesting than the broken man we see in Infinite. In Subject Delta you don’t have a blank slate everyman. Delta is more like Frankenstein’s monster slowly regaining his memories and humanity throughout the course of the campaign. You get to see Rapture through his experiences and the reactions of the people there. He has a history in the ruins of Rapture, and it’s one directly related to all the most famous people. Delta feels more involved with his environment instead of being the stranger who comes to town and blows everything up. And his is a complete arc thanks to his connection to BioShock’s trademark Little Sisters.

The Story Humanizes the Little Sisters

The emotional test of killing or sparing a Little Sister was a hallmark of the first game, but they were closer to fancy props in an exploration of free will. BioShock 2 brought back the kill-or-save mechanic but deepened it considerably. Now if you spared a Little Sister, they would briefly accompany you through a level to collect ADAM. With them as AI companions, you got to experience the other side of a Big Daddy escorting and protecting a Little Sister. They’d even shout encouragement from the sidelines, creating more of a bond between players and the unfortunate victims. That connection deepens when you meet Eleanor, a now empowered, grown up Little Sister. BioShock 2 even has a segment where you play as a Little Sister and collect ADAM. Seeing Rapture through her damaged psyche makes you understand their plight much better than any speech weighing the pros and cons of Libertarianism. In general, BioShock 2 ditches much of the philosophizing and finds more power in emotions.

It Introduces Some Compelling New Villains

The lead villains of BioShock and BioShock: Infinite offered up these two-sided arguments, but BioShock 2‘s Sofia Lamb showed there are more directions to take a dystopia. Lamb’s villainy is a mix of socialism and religious collectivism, a sharp contrast to Andrew Ryan that took what was left of Rapture in a surprising new direction. And backing her up are the viscous Big Sisters. Each Big Sister encounter is an event, a challenging and lengthy boss battle that’s a smart escalation of the first game’s Big Daddy fights. The unpredictability of their arrival ratcheted up the tension of the scary exploration, even when you’ve got a friendly Big Sister like Eleanor backing you up. These villains are more driven and understandable than the bloodthirsty monsters you come across in the other two games.

It Has BioShock’s Best DLC

No offense to Burial at Sea, which was a fantastic bookend to the BioShock series, but the best DLC was BioShock 2‘s Minerva’s Den. Back in 2010, Minerva’s Den was such a surprise. The story of Subject Sigma searching for The Thinker computer system is like a streamlined version of the BioShock narrative. You quickly collect powerful Plasmids and weapons, encounter Little Sisters and Big Daddies, and listen to audio diaries full of sadness and drama. But this story is much more personal than the large scope of the rest, telling a tale of loss and grief that is more poignant than some might expect. Minerva’s Den ended up such a critical darling that the team behind it would leave 2K Marin to keep working on games with similar scope and emotional weight. The team would form indie developer Fullbright and release Gone Home to critical acclaim in 2013.

Are you convinced to give the game another shot? Dive back into BioShock 2 and you’ll see how right I am. You’ll understand you underestimated this game back in 2010. And just like with Subject Delta, you’ll reexamine what you thought you knew.