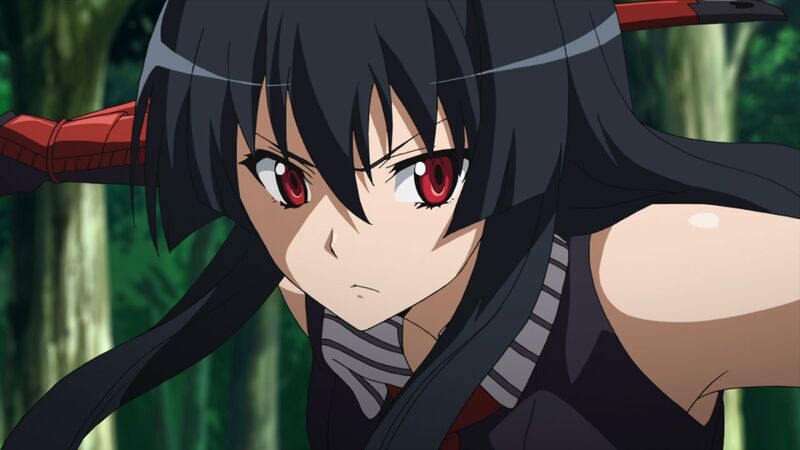 A rebel is nothing without a cause worth fighting for. The best rebels rise up against corrupt systems, either alone or with the help of a large, armed resistance. In anime, there are many characters who take on evil, larger-than-life organizations. They have the skills necessary to convince others to take up arms and incite real change — no matter the cost. So, here are five anime rebels willing to do what it takes to lead a resistance.

Lelouch Lamperouge, otherwise known as Zero, is the king of rebels. Exiled by his father, the emperor of the Holy Britannian Empire, Charles zi Britannia, Lelouch vowed that his father would pay for all the terrible things that he did to him and his sister, Nunnally. Although it took the help of a mysterious being named C.C. to start things off, it was Zero who inspired the Elevens to rise up against Britannia and its monarchy.

Lelouch disguised as Zero commanded several troops of rebels and formed the Order of the Black Knights, a vigilante group who protects those without power from those who have it. Lelouch’s power and fame spread all over the world, and, eventually, he became a symbol of the anti-Britannian rebellion and the fight for Japan’s independence.

Arslan — The Heroic Legend of Arslan

Arslan, the Prince of Pars, was set to take the battlefield, but when a senior officer betrayed the King, Arslan ran away from the front line. The Prince wouldn’t stay in exile for long as he quickly understood that his role was to take the Kingdom back. To do this, he would need help with intelligence and combat. Thanks to his loyal servant, Daryun, Arslan gathered a group of companions who would guide him each step of the way. Together with his group of rebels, the crown prince marched towards Pars to regain what was rightfully his.

What sets Arslan apart from other rebels is his determination, compassion, and ability to learn and apply new things. These skills, although different from your typical rebel, are necessary for Arslan to take back his kingdom. Despite his weaknesses, like his ability with a sword, his charismatic personality has allowed the would-be-king to amass a group of loyal followers to rebel against Pars’ oppressors.

Tatsumi and his friends leave their village to make it big at the Empire. After spending the night at the mansion of an affluent family, Tatsumi discovers that they’ve murdered his friends for pleasure. Fortunately, a group of assassins working for the Revolutionary Army known as the Night Raid is currently at war with the Empire, and they come right on time to save him. Seeing them in action inspires Tatsumi to join the team and eventually avenge his fallen friends.

Throughout Akame Ga Kill!, Night Raid becomes an instrumental tool in the downfall of the Empire, leading to the defeat of many high profile officers. However, this comes at a significant loss to the covert division as they suffer many casualties.

The true testament of a rebel is, unfortunately, when they die for their cause. Although each death was small compared to the bigger picture, these sacrifices helped the Revolutionary Army to win the war. They fought hard for what they believed in and paid the ultimate price.

Nine and Twelve aka Sphinx — Terror in Resonance

Nine and Twelve were part of a government experiment called the Athena Plan. The goal of the plan was to gather orphans with exceptional abilities to be developed as tools for the government. However, the pair managed to escape the facility.

The two boys, now known as Sphinx, conduct several terrorist attacks on Japanese soil. While the assaults don’t lead to any casualties, it does catch the public and government’s attention. Each of their attacks leaves behind a clue hinting at the horrible experiments that the government was conducting on small children. This approach kept the media from censoring their message.

While terrorism is the wrong approach to get the point across, in the case of Terror in Resonance, the boys felt this was the only way they could get their message out. To execute such an elaborate plan without any casualties is a skill that only a true rebel possesses, proving you can fight the system without causing harm.

The mysterious and charismatic Gai Tsutsugami is the leader of a resistance organization called Funeral Parlor. The group fights to free Japan from GHQ, the supposed defenders of the people. With Shu’s arrival, who has the Power of the King, Tsutsugami can finally release Japan from its tyrannical rule.

When Tsutsugami’s ability to execute strategies based on predicting people’s actions combines with Shu’s skills, Tsutsugami becomes an unstoppable force. He’s manipulative, easily changing people’s perception of himself and his group, but he also cares for his comrades and mourns each of their deaths. Tsutsugami eventually becomes cold and ruthless, with no remorse for his actions. But he later reveals that his sudden change was all a ploy.

Although Tsutsugami was a complicated character, he was a rebel until the end. He stood up to his oppressors and discarded his friendships to save Japan. In fact, Tsutsugami is more than a rebel, he’s a hero who should be celebrated.