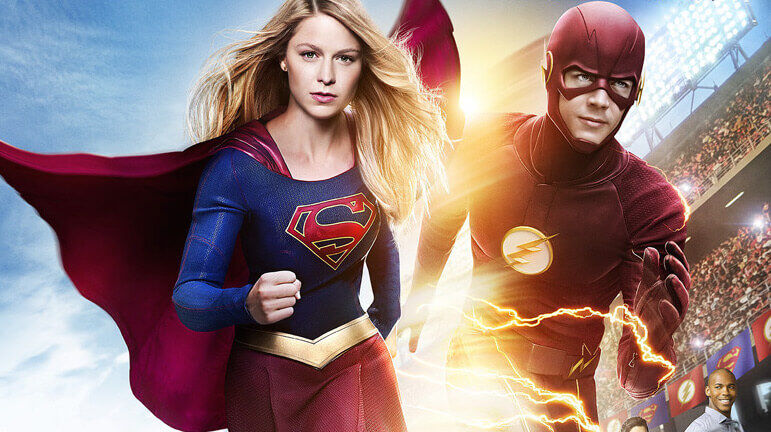 Five Awesome Things About the ‘Supergirl’ and ‘The Flash’ Crossover

The long-awaited crossover between CBS’ Supergirl and The CW’s The Flash happened last night with Barry Allen arriving in National City from another universe to help Kara in her fight against Silver Banshee and the resurgent Livewire.

The episode, “Worlds Finest,” was all we’d hoped it would be and more. Here are the five best things about the Supergirl and The Flash crossover.

We knew they’d be great together when we saw the promos, but watching Kara and Barry in “Worlds Finest” was more fun than we ever expected. Benoist and Gustin have a style that mingles so well, and fantastic chemistry to boot. While The Flash and Supergirl are just friends for now, it’s so obvious these two were meant to be together. We’d love to see some more sparks fly in the next inevitable crossover. Karry… We ship it!

The Multiverse: It’s True, All of It

We’re, basically, Winn when he exclaims, “The theory of the Multiverse… it’s true!” Even though we already knew, going into the episode, how they were going to explain The Flash’s arrival in National City, the scene in which Barry explains the Multiverse to Winn, James, and Kara drove home the fact that we now live in a crazy awesome world of DC Comics TV nirvana. “All of these Earths occupy the same place in space, but vibrate at different frequencies,” Barry explained. And Winn (apparently he’s an expert on the theory?) chimes in, “But if you travel fast enough you can travel between them.” Supergirl-inclusive Multiverse confirmed!

Props to this episode’s writers, Andrew Kriesberg and Michael Grassi, for so many great jokes! Barry (“Talking was a mistake, I see that now.”) and Kara (“85% chance of punching!”) both got a fair share of LOL-inducing one-liners. And there were plenty of “insiders” for fans. When Cat Grant mocks Winn, Barry, James, and Kara as “the attractive yet non-threatening, racially diverse cast of a CW show,” you know you’re in for some great meta-humor. And now (#canon) we know that The CW exists in the Supergirl universe. They, obviously, don’t show the DC shows, so maybe it’s a bunch of One Tree Hill spin-offs?

All The Easter Eggs

So many great references and Easter eggs! The title itself, “Worlds Finest,” is a reference to the classic comics that featured both Batman and Superman. Barry name checks a laundry list of heroes and rogues including Green Arrow, Black Canary, Firestorm, The Atom, Zoom, Blackout, and Pied Piper. And The Flash is almost nicknamed “Speedy,” a reference to Thea Queen on Arrow, and “The Blur,” a nice callback to Clark’s proto-Supe name on Smallville.

Composer Blake Neely’s music for all of DC’s super-shows is an oft-unmentioned weekly highlight. Hearing The Flash theme ring out as Kara and Barry race through the wilderness is an especially epic moment. There are distinct cues and musical styles that represents the two characters, and they’re interwoven throughout “Worlds Finest” in a way that brings out all the right feels in each and every moment.

What were your favorite #SupergirlXTheFlash moments? Tweet ’em at @getfandom.