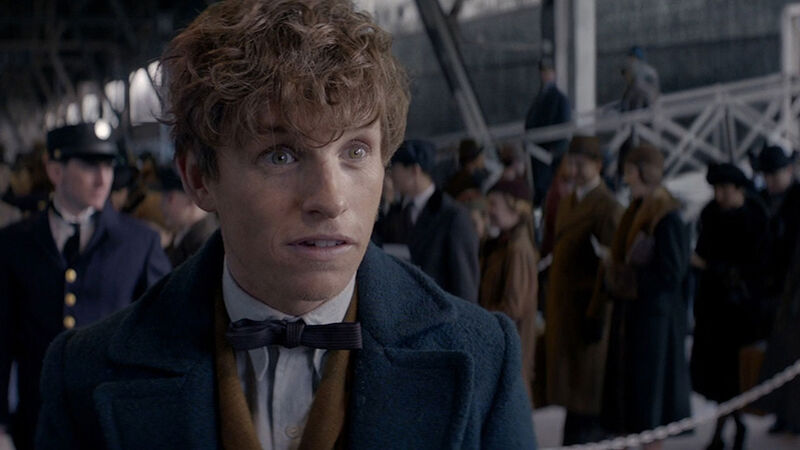 5 Best Examples of Healthy Masculinity in Film and Television

Film and television do more than just entertain us. Every story on our screens conveys messages, and too often tropes used by film and TV directors reinforce harmful ideas about race, sexuality, and gender. Yet, over the last decade or so society has become more aware of the harmful ideas hiding within our fiction, leading some TV and film writers to buck the trend.

One of TV and film’s most harmful tropes is the traditional male hero, a character so familiar that you can conjure his image with just a few words — strong, muscular, courageous. Ever the action and adventure type, this hero values toughness and uses violence to achieve his goals. Anger is his default emotion, and if he’s ever tender, it’s only when facing a female love interest — because he’s always straight. Directors and producers think audiences want to see these characters most. Since audiences rarely see anything else, they accept him as the masculine ideal.

The overabundance of these characters sends boys the message that they have to behave a certain way to be appealing. On the flip side, it teaches young girls that it’s not their place to be strong, brave, or heroic. Luckily, there are some films and TV shows that challenge these ideas by featuring male characters who portray healthy forms of masculinity, and we’ve listed the best of them.

Steve Harrington manages to break boundaries even among Stranger Things‘ already interesting cast of characters. Sure, he starts off as a typical “jock,” but right from the beginning, there are hints that he has a better side. In Season 1, Steve’s good moments are overshadowed by his reaction to thinking Nancy is cheating on him with Jonathan. He assaults Jonathan and lets his friends publicly insult and shame Nancy. But he redeems himself by cleaning up his friends’ graffiti and risking his life to help Jonathan and Nancy fight the Demogorgon.

By the end of Season 2, Steve has shed some of his jock persona. Instead of acting like a stereotypical tough guy, he challenges traditional male gender roles by acting as a mother figure to Mike, Will, Lucas, and Dustin. Not only does he nurture and protect the boys, but he also does it while bravely fighting against the Demodogs. Steve’s growth shows thousands of young men that they can be loving, nurturing, brave, and heroic all at the same time.

Atypical protagonist Newt Scamander may be a skilled wizard and knowledgeable magizoologist, but his true strength comes from his compassion for all things vulnerable and misunderstood. He reaches out to Obscurial Credence Barebone even though others merely see him as a threat or a weapon, and he uses his unique connection with magical creatures to heal those who have suffered from human cruelty.

Unlike Harry Potter, the Wizarding World franchise’s original hero, Newt doesn’t fight the Dark Arts with masculine courage. Often, meeting hatred with anger can be like fighting fire with fire. Instead, Newt uses traditionally feminine traits like gentleness and caring to soothe the evils inflicted on magical creatures, even referring to himself as “mummy” when talking to them. Hailing from Hufflepuff, that most humble of Hogwarts houses, Newt takes his healthy, caring masculinity out into the Wizarding World and teaches viewers that, in the end, it will always be kindness that undoes the evil spread by the Grindelwalds of history.

Hiccup Horrendous Haddock III — How to Train Your Dragon

How to Train Your Dragon‘s Hiccup Horrendous Haddock III is a little kid with a big name, and an important message. His struggle to fit in amongst his tribe perfectly mirrors the way traditionally masculine societies exclude anyone who is different. Physically weak but intellectually strong, Hiccup is an outsider amongst the dim, brawny Vikings of Berk. But, rather than let his outsider status define him, Hiccup takes the things that his tribe sees as weaknesses and turns them into strengths. He combines his compassion for other creatures with his creative intellect to bond with Toothless and become the first dragon rider.

Ultimately, scrawny young Hiccup successfully changes his tribe’s worldview, opening their minds to a world in which humans and dragons live in harmony. In so doing, he enriches both species and realises his own courage and leadership potential. Hiccup serves as a fantastic role model for young boys who may struggle with being “different.” It’s these very differences that make us special, and anyone with a big heart can be a hero.

Brooklyn Nine-Nine is one of the funniest comedies out right now. But it’s the series’ social awareness that elevates it to one of the best shows on TV. B99 isn’t afraid to tackle issues like racism, sexism, and coming out. The main cast all challenge societal norms in one way or another. But it’s the behaviour and attitude of Jake Peralta that subverts traditional male tropes the most.

When Jake’s crush on fellow detective Amy is threatened by the advances of an attractive and successful rival, he admits that there’s nothing he can do. He’s never told Amy how he feels and understands interfering would be wrong. His reaction is completely opposite to how men usually act in comedies in this kind of situation. Usually, we can expect them to become jealous and possessive, or to even concoct some harebrained scheme with their buddies to try and “win” the girl. Jake’s respect for Amy’s autonomy sends a clear message that women should be free to make their own choices.

Openly feminist Jake consistently supports his female coworkers and responds with understanding whenever they discuss issues like the impact of sexism and homophobia on their lives. He keeps an open mind and is not afraid to confront his own prejudices. In a world where many men struggle with the implications feminism has for their lives, Jake shows us how simple it is to be genuinely good towards women.

Years before any of the previous examples, there was a little show called Firefly and a large, semi-muscular man named Wash. The pilot for a misfit crew living outside the law, Wash is married to Zoe, a fierce warrior-woman and war veteran. Together, they take all the harmful ideas about power and gender roles in straight relationships and flip them on their heads.

Though a daring pilot, Wash isn’t the gung-ho Top Gun type. He is a joker and a peacemaker, only willing to resort to violence in extreme circumstances. By surrendering the dominant, combative role to his wife, he challenges the idea that men have to overpower the women in their lives. This inverted dynamic is also depicted positively, with the two of them never showing anything but deep love and support for one another.

While the previous show audiences that good men can be defined by great acts and deep character arcs, Wash shows us a different path. He challenges toxic masculinity with an unconventional marriage, a fun-loving attitude, and honest, straightforward love.

Are Things Really That Bad?

The heroes boys have gotten in the past are not all bad. Many of them are honourable defenders of the weak and champions of order and justice. But boys need more than one kind of role model. They need characters they can look up to who use their intellect more than their biceps. They need heroes who treat women with respect, as equals, not as victims to be defended or prizes to be won. Boys need men to show them that it’s okay to express tenderness and love towards other men, as romantic partners or not. The alternative is to perpetuate the culture of violence, misogyny, and homophobia that has poisoned our men for generations, and like Steve, Newt, Hiccup, Jake, and Wash prove, we can all do better than that.

Rowan Girdler
Scribe-of-the-Ages
Rowan Girdler is a freelance author and editor with two degrees in Professional Writing but no pen license. He teaches karate for fun and works at a newsagent to pay the rent.