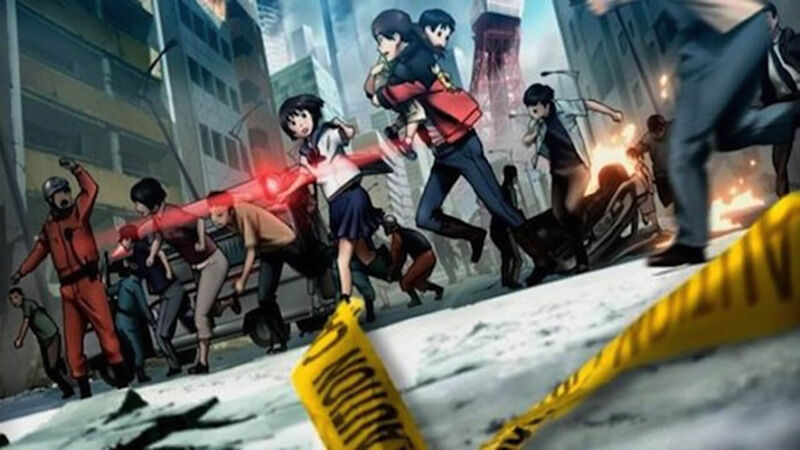 World ending events, irrespective of the form they take, are a central theme in many anime films and series, for example, Coppelion or King of Thorn. Still, there aren’t many that have a natural disaster as the central theme. As a result, we’ve made a list of anime movies and series in which the threat of an earthquake or tsunami serve as a backdrop to family relations, a driving theme in the plot, or a starting point to a larger event.

Although natural disasters are horrific events that plague our world some, such as Hayao Miyazaki – co-founder of Studio Ghibli – do see it as a given. The anime centers around a young boy named Sōsuke who befriends a magical fish – Ponyo. As their relationship evolves Ponyo decides to abandon her underwater life, but by doing this, she sets the world in danger. Now it is up to Sōsuke and Ponyo to save the world.

A Spirit of The Sun

At the beginning of the 20th century, a massive earthquake hits Japan splitting the country in two. The survivors of the catastrophic event were taken in by many countries, especially China and the USA, which eventually causes China to rule the North, and the USA to rule the South. 15 years after the earthquake in Taiwan the refugee situation has come to a boil as refugees and Taiwanese citizens fight about job competition and rough conditions. The anime follows Genichiro Ryu – a refugee raised in Taiwan and adopted by a couple – who witnesses these horrible fights. Concerned over the refugee conflict he gets himself involved hoping that the two sides can be able to coexist with one another.

The Day the Earth Moved

The film is based on the 1995 Kobe/Hyogoken-Nanbu Earthquake, which killed more than 6000 people and left over 300.000 homeless. The story follows a group of friends in the aftermath of the earthquake. They will have to deal with death, help each other cope with personal loss and empathy.

Although many natural disaster anime focus on the victim, Rescue Wings, on the other hand, centers on the men and women of the search and rescue of the Japan Air Self-Defense Force. The story follows Second Lieutenant Kazuhiro Uchida – whose dream is to become a fighter pilot – is transferred to Komatsu Rescue Squad whose mission is ONLY to rescue. Still, over the course of his training, he begins to accept the job for what it is and becomes a real member of the rescue force.

Last on our natural disaster anime list is Tokyo Magnitude 8.0. The events in the anime series give a realistic description of what happens after a massive earthquake that destroys a densely populated city. The story follows three survivors and their journey back home in a quake-wrecked Tokyo. Similar as Rescue Wings, Tokyo Magnitude 8.0 gives a very realistic description of rescue operations and hospital procedures.

While earthquakes and tsunamis are a vital part of Japan’s history, do not expect it to be a recurring theme in anime. Several series and films already have been suspended or shelved because of it reminding the viewers of the catastrophic events of the past, such as the 1995 and 2011 earthquakes.