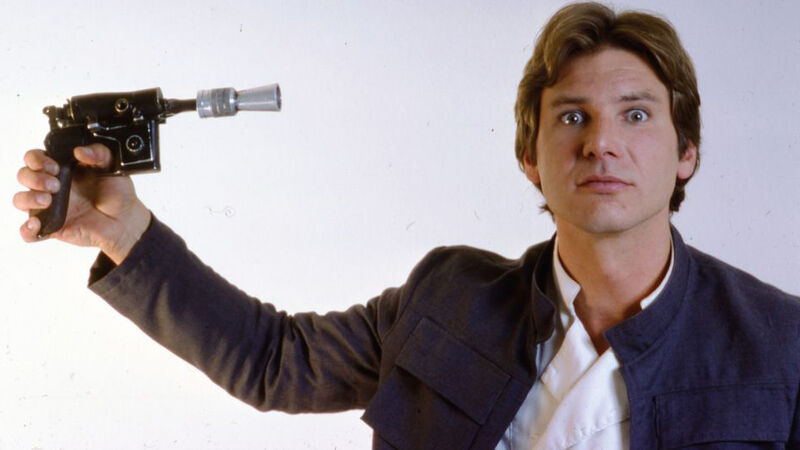 5 Questions ‘Solo’ Answers, That Nobody Was Asking

WARNING: The following article contains SPOILERS for Solo. Proceed at your own risk.

The trouble with prequels is that oftentimes they fill in blanks that didn’t need filling, offering history and backstories that are less interesting than what audiences come up with themselves. Think Prometheus. Think Hannibal Rising. Think Dumb and Dumberer. And think Episodes I-III.

That’s very much the case with Solo: A Star Wars Story. The film taking a deeply cool and somewhat mysterious character like Han Solo, and telling us much more than we need to know. The following are our five least favourite Han questions answered in the movie.

Star Wars is filled with crazy names that sound like they come from a long time ago, in a galaxy far, far away. And Han Solo is the coolest of the lot, three syllables that sound strangely exotic, while at the same time hinting at the character’s ‘lone wolf’ persona. What the name doesn’t need is explanation. But that’s what we get early in proceedings, when our hero joins up with the Empire, “to bring peace and prosperity to the galaxy” (but really to escape from the bad guys). “Who are your people?” the officious desk clerk asks when requesting his last name. “I don’t have people. I’m alone,” responds Han, in a way that should probably draw unnecessary attention to him, but mercifully doesn’t. It results in the clerk christening him ‘Solo’ however. A clunky origin for the name, that no Star Wars fan needed to hear.

Speaking of names… Solo features the birth of Han Solo and Chewbacca‘s friendship, and it’s actually a fun watch. What isn’t fun is the painful conversation that follows. Wookiee name Chewbacca is obviously quite a mouthful, which is why Han shortens it to ‘Chewie’ when speaking to him in the later films. But do we need to hear the birth of that nickname? Unequivocally, no. But we get it anyway, with Han stating: “You’re gonna need a nickname, ‘coz I ain’t saying that every time.” Genuinely painful. And don’t get us started on “I’ve got a really good feeling about this.”

We hadn’t put much thought into where Han got his blaster from. Because, you know, it’s just a blaster. But Solo wants us to know the background to everything Han says, does and comes into contact with. So we’re treated to a scene in which his new mentor Tobias Beckett takes a rifle apart, and hands Han the blaster element. Which is pitched like it’s a big moment. But elicited little more than a silent shrug in our screening.

In A New Hope, Han states that the Millennium Falcon “made the Kessel Run in less than 12 parsecs.” A mysterious claim that fired up the imagination of sci-fi fans with its strange and confusing terminology; parsecs being a unit of distance rather than time. But Han stands by the claim, even correcting Rey when she says it was 14 parsecs in The Force Awakens. By that point it had become myth, that was either Han boasting, or evidence that the Falcon really is the fastest ship in the galaxy. And that’s how it should have stayed. But Solo wants to show us the Kessel Run, so rather than being able to debate its merits for evermore, we now have a colourless and somewhat forgettable space race. One that removes all doubt about the Run, and turns the legend into just another CG action sequence.

The debate surrounding “Han shot first” has been raging for decades. In the original cut of A New Hope, Han fires at Greedo in the cantina, anticipating the fact that the bounty hunter is about to shoot him. And underlining the fact that he is a total badass. Director George Lucas didn’t like the way that looked, and so to stop Han seeming like “a cold-blooded killer” he re-cut the scene. Meaning Greedo now very definitely shoots first, with Han responding.

The fans HATED that change, and the makers of Solo clearly agreed, as the new movie features a series of scenes designed to explain why Han shoots first. It’s to do with friendship, loyalty and betrayal, but completely and utterly extraneous. And like Lucas’s ‘Special Edition,’ completely misses the point. As Han shoots first BECAUSE HE IS A BADASS. And ultimately that’s all audiences want or need to know.