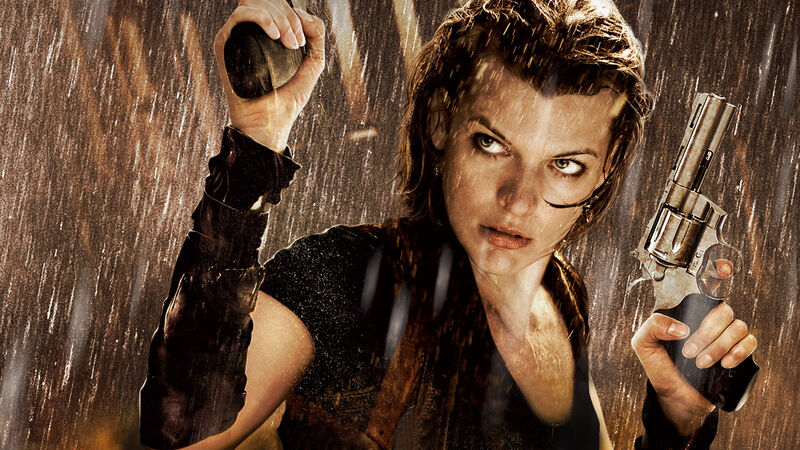 Resident Evil: The Final Chapter brings to a close to one of the most successful video game film franchises of all time. Following the story of Alice, a former employee of the sinister Umbrella corporation, the series is known best for its frantic action scenes featuring the most popular monsters of the Resident Evil games. And while the films and games exist within their own separate universes, it isn’t hard to imagine how some of the movies’ most hectic moments could play out within the games themselves.

What are some of the most memorable Resident Evil film scenes that would be a blast to experience with controller in hand? Here’s five scenes we’d love to play ourselves.

Zombified doberman pinschers are iconic enemies within the Resident Evil game series, and the first film wastes no time putting viewers on edge with their ferocity. As Alice explores a lab, she stumbles across a pack of seven zombie dogs and takes them out with some slick shooting. None of the Resident Evil games feature an undead canine rush as big as this one, so every bullet would have to count!

Lickers are some of the most terrifying enemies in the games, and taking them out requires a weapon with some punch. Alice takes that philosophy to a whole new level in Resident Evil 2: Apocalypse. She makes a grand entrance on a motorcycle, bursting through a huge stained glass window while using some creative shots to take the creature out. Not only would speeding around indoors on a chopper be a blast—dispatching enemies sans bullets would help you save ammo for more dangerous situations later.

Crows in the Resident Evil games are usually harmless and won’t lift a feather unless you make the first move. In Resident Evil 3: Extinction, an absolutely massive murder of crows darkens the sky and overwhelms a convoy led by Claire Redfield. Alice later shows up and uses her telekinesis to ignite the birds into a falling flock of rotisserie chickens. This scene would lend itself perfectly to a non-traditional boss encounter, fleeing the birds and using the mounted flamethrower to take out pockets of them while you escape.

The Executioner Majini is a powerful enemy introduced in Resident Evil 5 video game, and he makes an appearance in Resident Evil: Afterlife, when Claire finds herself face-to-face with this monstrosity in a tight space. Most encounters with the Executioner Majini in the game take place in wide open spaces, so being forced to kill the creature with no backup and nowhere to run would make for an exciting boss fight.

The quick-time events of the later Resident Evil games would be a perfect fit for the the White Corridor Scene from Resident Evil: Retribution. When a horde of zombies attacks Alice, she single-handedly fends them off with a barbed chain and a single handgun. Above all, the scene is memorable for its fantastic slow-mo action shots and great fight choreography. Choosing between melee, chain, and handgun for the main means of offense would definitely provide players some fun options for taking out these foes.

And there you have it. Five frantic scenes that we wish we could experience in video game form. Resident Evil: The Final Chapter, the sixth and final movie of the Resident Evil film series, is set for release on DVD/Blu-ray on May 16, 2017.