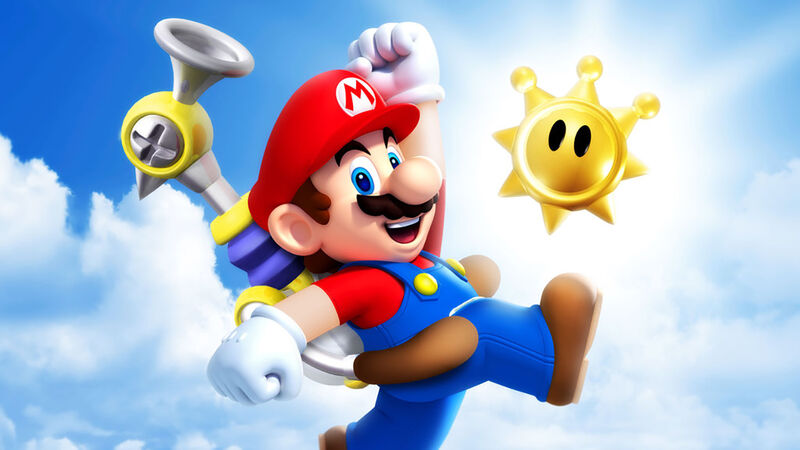 The Super Mario franchise is definitely one of the most famous in gaming history. The massive die-hard fan base will defend games like Super Mario Galaxy or Super Mario Maker using every writing weapon they have. But while fans and critics love certain Mario games that have earned awards and accolades, those popular titles completely overshadow other — and arguably just as good — games.

While we count the days until we get our hands on Mario + Rabbids Kingdom Battle, we thought we’d look at five of the most underrated Mario games that didn’t get the attention they deserved.

Super Mario Land is a jewel from the Game Boy days featuring gameplay almost identical to the original Super Mario Bros., using side-scrolling levels, enemies, and coin collection. The main difference between the two was that some shooter levels were similar in gameplay to the earlier arcade game Gradius. But that’s where the similarities ended.

Super Mario Land was a very ambitious game when it came out in 1989. Nintendo used more complex backgrounds and enemies different to the ones already known to try and revamp the Mario formula. They also added an element seldom seen in the Mario franchise: vehicles.

This game served as the debut of Princess Daisy and her lesser-known kingdom, Sarasaland, making it one of the few games not set in the mushroom kingdom. Super Mario Land spanned two sequels and sold well at the time, but other more popular games stole its thunder.

A personal favorite, Super Mario RPG is a game with great gameplay, a polished plot, and unforgettable characters. It had limited success due to the release of the Nintendo 64 and Super Mario 64 four months later.

Super Mario RPG is a great game experience. It has puzzles, cameos from other Nintendo franchises like Metroid, The Legend of Zelda and F-Zero, bosses, abilities, hidden weapons, and even a very difficult hidden boss that has a sprite resembling enemy designs from the 2D Final Fantasy titles. This final enemy was designed by Squaresoft, now known as Square Enix, the creators of Super Mario RPG and the Final Fantasy series.

What makes Super Mario RPG a great game is that it isn’t extremely difficult. Better yet, unlike modern RPGs, you don’t have to spend hours grinding and farming to progress. If you are looking for a retro RPG, this one is definitely a must-play.

The black horse of the Nintendo GameCube received a lot of hate for having Mario “rely” on a machine, and many fans felt that the water-squirting accessory, F.L.U.D.D made the game too easy. I beg to differ.

F.L.U.D.D gave players an amount of freedom not before seen in Mario games. You could use it to attack, jump further, and eventually unlock extra accessories to use the F.L.U.D.D in new ways.

Super Mario Sunshine‘s plot wasn’t perfect but it made for a really enjoyable game. You could decide to complete the main storyline in a couple hours or invest days of your life trying to get all the blue coins and completing every act (Special mention to the one hidden on an island that required you to get there with Yoshi using canoes and it was very, very hard) to try and hoard the 120 sprites.

The game has a great soundtrack, a wonderfully executed concept (every level fit the tropical theme), and enough freedom to explore and do as you wish in each of its massive worlds.

Super Paper Mario was another underrated jewel that wasn’t your typical side-scrolling platformer. The game took advantage of the Wii’s motion controls to seamlessly jump from 2D to 3D. This gave players multiple ways to vanquish an otherwise impossible obstacle or enemy.

The plot was more mature than most Mario games and featured a plethora of fun and witty characters, like the Pixls that gave Mario different powers and abilities.

If you are an avid sports gamer, then this one is definitely for you. Mario Strikers Charged is like Mario Party –a game to play with friends. And while it does have solo mode, it’s much more enjoyable when you use your captaining skills to score in your friend’s net.

Mario Strikers Charged differed from other Mario sports-centric games in the limited amount of real football physics, rules, and plays. Instead, you play on a field full of dangers where everyone has a special skill. Sometimes it gets so violent that you may think you’re playing a Super Smash game instead!

Mario Strikers Charged is great for parties. It’s fun, fast, violent, and a good excuse to mash buttons while playing a sports game. You can personalize your team to fit your strategies, and if you’re brave enough, I challenge you to win against me while I use Waluigi as Captain.

We can’t wait to play Super Mario Odyssey and Mario + Rabbids Kingdom Battle! The foray into new genres may just be what the franchise needs. In the meantime, you now have five retro options to explore and enjoy featuring our favorite Italian plumber.

Carlos Rivera
Sir Aerion
Carlos is an entertainment writer who will tackle everything you put on his way with the speed of Koro-Sensei. If he is not working as a freelancer or playing on his 3DS, he's probably binge-watching shows on netflix with his dog while eating pizza. #I❤Anime