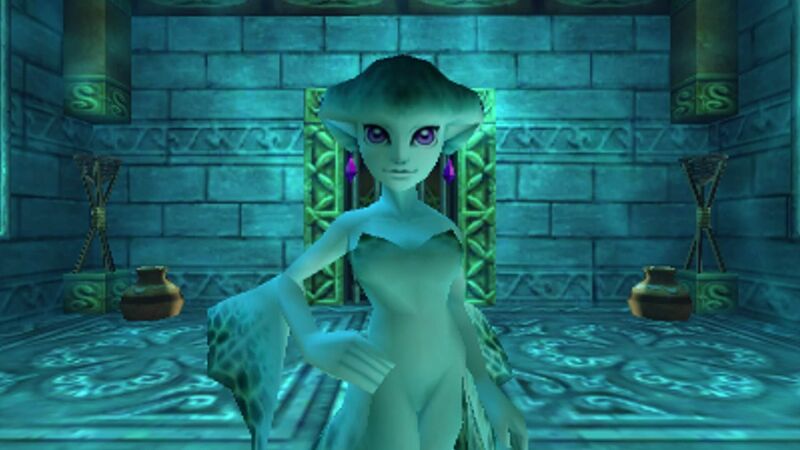 We’ve all found that one level that pushes our buttons as our in-game avatar darts frantically around in search of an escape or the next foe, who is ready and waiting to steal what little remains of our sanity. Whether it’s poor level design or just hordes of enemies with more anger and hatred than all the bosses in the world put together, some stages seem created solely to torment players. Let’s take a brief gander at some of the more difficult video game levels that test our patience.

The Legend of Zelda: Ocarina of Time – Water Temple

Probably only tolerated because it was submerged in one of the most beloved games of all time, Ocarina of Time‘s Water Temple level was not just confusing, it was also extremely cumbersome. Almost certainly the worst water level to have ever reached the light of day, the Water Temple is composed of five floors which are only accessible when the player changes the water levels. While not as advanced as some other levels of the era, the overlapping levels made it feel like several maps squished atop one another.

Although fixed in the recent 3DS re-release, the original N64 version of the game had the constant need to enter the equipment screen to take the Iron Boots on and off, making the Water Temple more trouble than it would have otherwise been.

The Elder Scrolls III: Morrowind almost didn’t see the light of day due to the poor sales of The Elder Scrolls II: Daggerfall, but the team somehow managed to create one of the most amazing games I have ever played. With everything from sunken treasure ships to assassination attempts and one entrepreneurial mudcrab, this game had everything. Revolving around three gods,  Almalexia, Vivec and Sotha Sil, the player tramps all across the world in search of wonders.

That is, until they reach Vivec City. Every gigantic building here is identical, with the same textures. Unless you study the map every other step or just have an exceptional memory and recall where every passageway leads, it is almost impossible to get your bearings and find your way around town. Since the city is comprised of nine gigantic pyramids, each with four levels, your 2-D map proves useless at finding a way to get you to your destination.

If you find yourself on the ground level, then try finding the boatman who can take you across the water to whichever particular canton you need to get to. Unless perhaps you enjoy feeling like a laboratory rat trapped in a maze.

This was both an amazing feat of coding and an utterly evil twist to the beloved game that ruled my childhood. Even supposing that you get all the way to the last level and that you manage to avoid falling victim to a mistimed jump or one of the umpteen minions dotted around the place, there is still no guarantee that you can make it to Bowser before the clock runs out on you.

Various portions of the stage are split into three levels, top-middle-bottom. Only by running through the correct parts in the correct order can you move to the next section. On the Game Boy Color remake, Super Mario Bros. Deluxe, the developers incorporated a distinct jingle if you go through the right gap, but most people miss this as sound drained the Game Boy Color’s battery remarkably quickly and they usually kept theirs turned off.

This level had it all, from fish flying through the floor to underwater areas, topped off with a hellish castle where the floor is lava.

I’ve touched on Dark Souls before as being a nightmare game, but the most difficult part of the game is the pit known as Blighttown.

This dingy, decrepit hole set deep within the bowels of the planet is incredibly dark, with rickety paths that are near-impossible to find. It is also full of Blowdart Snipers skulking in the wooden towers that litter the landscape.

Rule one of Blighttown: You die. Rule two: keep going down until you reach the lowest circle of hell, wander around an area the size that your hope and self-esteem once was, go up one path and then circle back around without a single clue that you might have been there before.

Several hours after you first enter Blighttown, you might be lucky enough to make it to the bottom, find your way through a very murky swamp, encounter another insanely difficult boss, and then scale a water wheel to actually make your way out of there.

Bilbo emerging from the Misty Mountains probably had the same sensation that most players get when they finally exit this unfortunate chapter of their gaming lives. Whereas he ended up with a magical ring, the survivors of Blighttown return with little more than with PTSD.

One of the most iconic sci-fi shooters on the planet, Halo: Combat Evolved portrays a future where not only has mankind discovered the secret of interstellar flight, but also knows that we are not alone in the universe. Aliens exist, dozens of species all united in a galactic community that we could be a part of.

So we went to war with them over religious differences instead.

Although revolutionary in so many different ways, Halo still falls prey to the odd bout questionable level design. The Library is an incredibly creepy and atmospheric level that rapidly turns into a dark and befuddling mess of gigantic chambers and identical corridors that becomes extremely difficult to navigate your way through.

If that wasn’t enough, wave after wave of Flood come after you while you are trying your utmost to figure out exactly what the hell is going on. Most players end up hugging a wall in hopes of surviving the zombie hordes during the search for a way out.

Oh, and those moments when the flashlight runs out of batteries are definitely some of the most pant-changing moments of the game.

Although hard enough that passing it was seen as a right of passage in the Halo community, the Library earned a reputation as a solid co-op level to bond with friends sitting next to you on the couch in the days before online multiplayer.