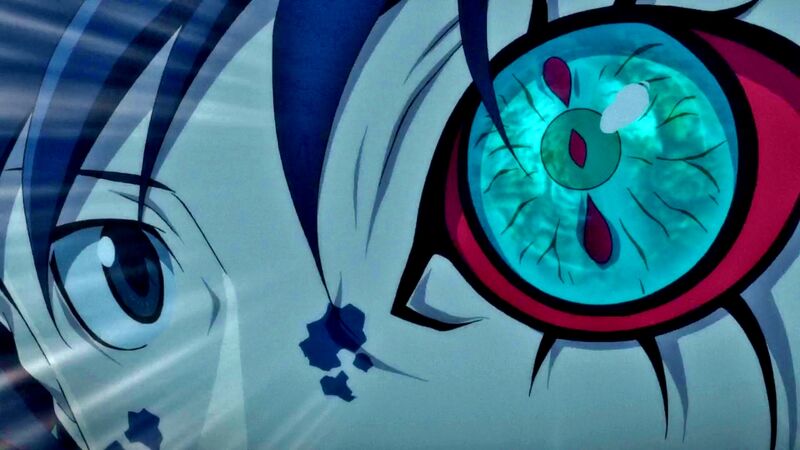 6 Ways to Improve ‘B: The Beginning’ in Its Second Season

The second wholly original Netflix anime, B: The Beginning, recently premiered, and it’s frustratingly mediocre. While the first original Netflix anime, Devilman Crybaby, was a shockingly unique and incredible show that made full use of not having to comply with industry norms, B: The Beginning really only shines in terms of production and voice acting. However, this anime still has a ton of potential. With a few small changes, its implied second season could be a smash hit.

Give Yuna More (or Any) Character

One of the primary female characters in B: The Beginning is Yuna, a childhood friend and love interest for the protagonist Koku. Before the show takes place, she’s abducted by the criminal organization Maker’s Mark and brainwashed into wanting to kill Koku. It isn’t until she meets Koku halfway through the season that she regains control of herself. We then learn that Koku’s singular goal was to reunite with his lost love, Yuna. There isn’t anything inherently wrong with this premise. However, Yuna’s lack of agency makes her presence problematic. She’s reduced to nothing more than a damsel in distress with little character development.

We know nothing about Yuna beyond her unyielding love for Koku. She seems to solely exist as a plot device that motivates him. Unlike other characters with supernatural powers, Yuna never uses hers — even when in a fight. Instead, the writers render her helpless to give Koku the opportunity to rescue her. Next season, B: The Beginning would do well to add more depth to Yuna’s character. Hopefully, she’ll get a chance to show off her skills and break free of the damsel-in-distress cliché established in the first season.

Pick a Tone, and Stick With It

B: The Beginning starts out as a dark murder mystery with light supernatural elements. That is until the tone abruptly changes in the third episode. After terrorists rig an entire building to fill with toxic nerve gas, we are abruptly thrown into an odd chase scene. The scene consists of a punk rock girl skateboarding down the side of a building as she chucks grenades at a supernatural winged pursuer. It’s jarring to cut from a serious terrorist scene to such an over-the-top chase sequence. It comes out of nowhere. We never learn how or why the characters are able to pull off such feats or how they fit into the overall story.

One of the coolest things about anime is how it isn’t bogged down by the constraints of live-action production. However, just because anything can happen doesn’t mean that it should. Events and actions still have to fit within the overall tone of a show. Pairing the events of a gritty crime drama with ridiculous supernatural hijinks, resulted in a shift in tone that detracted from the overall story. Season two should avoid such a clash by returning to the dark, overarching tone of the first two episodes.

Narrow the Focus of the Story

There are two major, occasionally overlapping storylines in B: The Beginning. The first is a mystery drama that centers on a genius detective tracking his sister’s killer. The second is a supernatural story of demi-gods and human weapons fighting for power. With more than half a dozen characters actively involved in each of these storylines, keeping track of the characters and their individual plots becomes difficult.

Season two should have the protagonists working toward a common or similar goal. B: The Beginning‘s most charming moments come from the snappy exchanges between characters with very different personalities. Like when members of the investigation team have an impromptu drinking party and spend the whole time razzing each other. The more this is worked into season two, the better.

A lot of the mystery in B: The Beginning comes from keeping the viewer in the dark. Characters never explain what they know or why a specific development is important. Since the audience doesn’t learn the motivations of one of the antagonists, many of his actions — like stealing a tank and creating a fake terrorist threat — seem pretty senseless and unmotivated for much of the season. While withholding information is a great tactic for building suspense, it’s best done sparingly. Unfortunately, B: The Beginning didn’t get the memo this season.

It’s far more interesting to watch a character or group of characters slowly figure out what’s happening and uncover larger conspiracies. While twist endings can be fun, it doesn’t mean much if it’s not built up through actions and dialogue. Season two needs to give the audience the sense that characters are making clear and explicit progress, and not just waiting for the next story beat to happen.

Explore Themes, Rather Than Touching on Them

There are a lot of thematic elements going on in the first season of B: The Beginning. Some of the most notable include class abuse, subjugation through narcotics, God complexes, identity and memory, the morality of murder, artificial humanity, and the duties of military and public service. Rather than really digging into the complexities of these themes, though, the anime quickly jumps through them all.

Season two of B: The Beginning should explore no more than a handful of themes to their fullest extent. The morality of killing dangerous, violent people popped up in season one. This theme had an extra dimension added to it when we discovered some of these killers were artificial humans. This idea was only glossed over in season one. So, there’s room for the next season to explore this theme further without sacrificing its action-packed, supernatural mystery elements.

B: The Beginning takes place in a fictional country that’s a monarchy. It has an extremely diverse populace, with many characters from varying ethnic and racial backgrounds. Also, its apparent global military presence makes for an intriguing setting. If the show had explored this world for even just 30 seconds through narration, the first season would’ve been much improved. Sadly though, viewers didn’t even get that. There’s so much to explore in terms of government and social structure, but the creators had absolutely no interest in doing that.

Season two needs to explore this fictional country’s unique elements and its standing in this alternate version of Earth. Doing so would allow the creators to further explore the themes of government corruption set up in the first season.