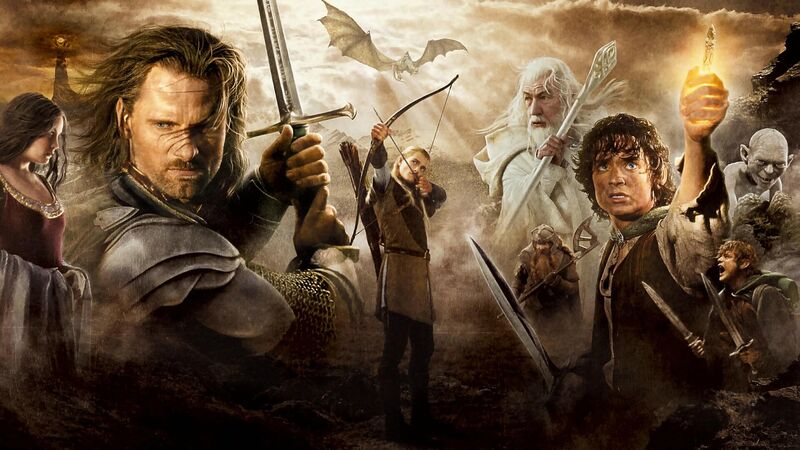 We all like to binge a bit. Some Friends here, a season of The Walking Dead there or maybe just watching Game of Thrones all weekend. Yet we slowly grow bored of marathoning the same content over and over. With that in mind, here’s a list of some of the greatest movie marathons that you can watch.

All the times indicated are only rough estimates as you may skip the opening and ending credits as well as certain scenes or movies. Times will obviously change more if new films are added to the line-up.

The Fast and The Furious

This franchise is action-packed and adrenaline pumping the whole way through. With a crew featuring Dwayne Johnson, Vin Diesel, Tyrese Gibson and Michelle Rodriguez, Fast and Furious is a fantastic drive. The story centres around street racing and manages to incorporate it whenever physically – or otherwise – possible. If you just want something full of action with a simple storyline, this is the series for you.

One small note is the third film. Titled The Fast and The Furious: Tokyo Drift, it is a flash forward in the franchise. It should be watched following the events of Fast and Furious 6 to be properly understood or appreciated.

Possibly one of the most famous film franchises in cinema history is Star Wars. There is sci-fi aplenty with just the most delicate touch of mysticism to round off the formula.

With the backdrop of a galaxy at war is the battle between the Light and Dark sides of the force. On the side of Light are the Jedi who strive for peace but will take up arms in final defence. Powered by the Dark side are the Sith, seeking control of the Force and galaxy with an iron grip.

There is some contention over how to watch these films. Some say that the best way to watch them is numerical – Phantom Menace through to The Force Awakens.

Others say to watch A New Hope, The Empire Strikes Back and then have a long flashback of Attack of the Clones and Revenge of the Sith – some choose to include Phantom Menace and others to ignore – before rounding off with Return of the Jedi and The Force Awakens.

Are mutants evil or simply gifted beings with nothing to be feared? In this universe – separate from the Marvel Cinematic Universe – we can see. When a new race of humans starts displaying remarkable gifts, the mundane faction feels increasingly threatened. The public start crying for these ‘mutants‘ to be removed from society and spark a fight between the two people.

Standing apart from the battle are the X-Men – protecting both sides whilst trying to bring an end to the conflict. With several teams over two eras, these films are an amazing group to watch. The acting is amazing, the subject wonderfully handled and the cast is amazing.

As we just saw with the Star Wars run-through, there are two ways to watch these films. You can watch them in ‘chronological order’:

Or you can watch them in production order.

Then there is the ever romantic Deadpool. You can watch that at basically any point after X-Men.

Probably the most famous books series of modern times is J.K. Rowling’s fantasy landscape. Adapted from the seven books is the eight films. Starring Daniel Radcliffe as the boy wizard, watch the magical adventures of Harry and his friends.

Starting at the young age of eleven, Harry heads the fight against Lord Voldemort and his Death Eaters. Determined to live forever, there are no limits to what Voldemort and his followers will do to rule the world.

Overshadowing the lighter tones of Harry Potter is J.R.R. Tolkien’s sprawling Middle-Earth. The fate of the land hangs on the One Ring. Darkness will spread should the disembodied Dark Lord Sauron take hold of it. Carried by Hobbits back and forth across the land, the forces of Men, Dwarf and Elf must see the Ring thrown in Mount Doom. But the Ring tempts and twists those who come near it – even if never touching.

By watching the Hobbit before the Lord of the Rings, you can fully appreciate the backstory of the world. This is the better of the two options as it was the order the books should be read.

Beginning with 2008’s Iron Man, the Marvel Cinematic Universe has expanded to enormous proportions. Unlike the somewhat ramshackle attempts that DC has put together, the MCU has grown to two television shows, several Netflix series and confirmed plans stretching out beyond 2019.

The alternate ways of watching the MCU are very similar to the X-Men films. You can start in WWII with Captain America: The First Avenger and his free chronological ways or start in the modern day with Iron Man and his registered production schedule.

Films: Iron Man I – III, Captain America I – III, Thor I & II, The Incredible Hulk, Avengers I & II, Guardians of the Galaxy, Ant-Man

Possibly Britain’s best/worst secret agent. No matter the danger before him or odds against him, Bond always gets the job done. He also has a habit of poor jokes, sleeping around and giving out his real name. That said, each actor to have had a chance to play the character has done a phenomenal job. Rules do not necessarily apply to the agent and he frequently breaks the law to save it.

This legacy of films does not usually feature a long storyline. Sean Connery – the first Bond – would face off against SPECTRE several times. The most recent Bond – Daniel Craig – would also fight a modern retelling without knowing it for most of his turn. Most of the rest only feature self-contained stories but for these two.