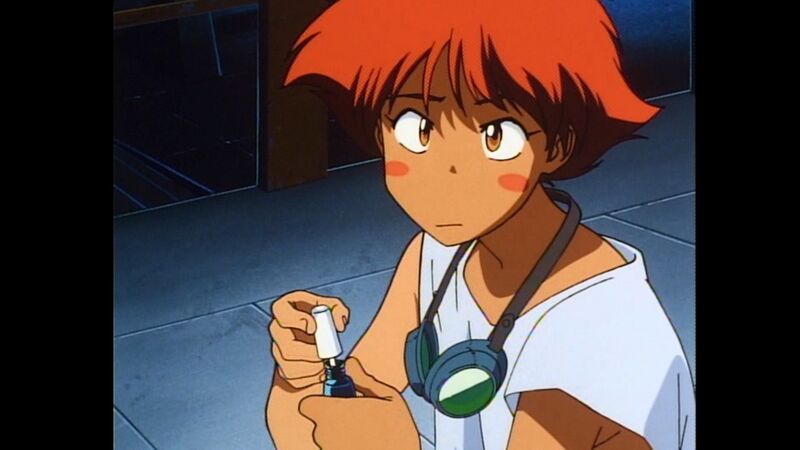 When you’ve been a fan of a show like Cowboy Bebop for 20 years, you may assume you’ve seen it all. After all, you’ve had two decades to learn everything you needed to know about the show. However, no matter how much time you have on your hands, things still slip through the cracks. Here are seven things you didn’t know about Cowboy Bebop.

Japan Initially Had a Problem With Cowboy Bebop

This might be difficult to believe, but when Spike Spiegel and company premiered in Japan, they were not well received. In fact, TV Tokyo only aired 12 of the anime’s 26 episodes, as the others were considered too mature for a general audience. The show’s depiction of violence and drugs came at a bad time in Japan’s history.

An increase in violence, especially in schools, had the country on edge. As a result, Cowboy Bebop was briefly canceled and “Session XX: Mish-Mash Blues” was born. The session, created as the final episode to the 12 that aired, never made it stateside. The episode featured clips from previous episodes and philosophical commentary from the main characters. It ended with a statement promising fans that they would see the “real” Cowboy Bebop some day. Luckily, their words became reality. Cowboy Bebop finally completely aired, without censor, on Japan’s WOWOW satellite network later that year.

Everyone’s favorite hacker, Edward Wong Hau Pepelu Tivrusky IV (aka Françoise), wasn’t always a girl — or non-binary if IGN’s interview with Watanabe is to be believed. Initially, Edward was conceived as a boy. Toshihiro Kawamoto, the character designer, had already begun designing the character as male before the decision was made to make Ed a girl.

Luckily for Kawamoto, all of that hard work wasn’t for nothing. Ed’s original character design makes a brief appearance in Session 5 when Annie catches him stealing from her store on Mars.

The design we know and love draws inspiration from the anime’s beloved music director, Yoko Kanno. In the DVD extras of the Cowboy Bebop: The Movie, Kawamoto describes Edward as catlike, something often associated with Kanno. Not to mention, both have been described as weird geniuses.

Spike owes his massive appeal and unique design to Yusaku Matsuda, more specifically the actor’s portrayal of Shunsaku Kudo on the popular Japanese show Tantei Monogatari. Unfortunately, Matsuda died young at the age of 37 in 1980. However, his influence on the Japanese film industry lives on and greatly affected Cowboy Bebop’s director Shinichiro Watanabe.

As a fan of Matsuda since his teenage years, it’s no surprise that Watanabe paid homage to the great actor when it came to Spike’s character design. Kawamoto based Spike’s hair and appearance on Matsuda’s character. It’s too bad that he’s no longer with us. His cool, laid-back demeanor would’ve made him the perfect candidate to play Spike in the rumored live-action series.

There are many reasons why the music of Cowboy Bebop continues to live on. Yoko Kanno’s genius, border-crossing soundtrack helped to cement the anime in history. Surprisingly, Kanno didn’t grow up with jazz or the blues. As a young adult, she traveled to America and heard jazz and funk music for the first time.

This experience influenced the anime’s soundtrack, which was recorded by the Seatbelts, a space jazz band that Kanno put together just for Cowboy Bebop. In fact, the prolific band completed the soundtrack for the show before the characters and story were finalized. That means that Cowboy Bebop’s story drew influence from the music and not vice versa.

A strange phenomenon happened in the ‘80s and ‘90s in America. We created cartoons, like He-Man and the Masters of the Universe, just to sell toys to unsuspecting kids. Well, strangely enough, Cowboy Bebop was no exception. Bandai Namco originally conceived the show to sell spacecraft toys.

However, where the company went wrong was telling Watanabe that he could do whatever he wanted — as long as there were spaceships. It didn’t take long for Bandai to realize that Watanabe wasn’t creating the anime they had hoped for. The company pulled out of the project, but luckily Bandai Visual later picked up the mantle, giving Watanabe full creative control.

There’s a Reason the Anime’s Narrative Is Episodic

One of the best things about Cowboy Bebop is its versatility. Fans can either watch the episodes in order or simply watch single episodes that pique their interests. That’s because the show works on two narrative levels. Sure, watching the episodes as intended results in a meaningful but subdued arc. However, individual episodes can be just as fulfilling.

This is because Watanabe treated each episode of Cowboy Bebop as a short film. The practice not only helped prepare Watanabe for the eventual film but it also worked out well for American viewers who sometimes caught episodes out of order on Cartoon Network’s Adult Swim.

The Moves in the Ed’s Chess Game Aren’t Random

In Session 4, “Bohemian Rhapsody,” we meet Chessmaster Hex, a genius chess player who was once blinded by vengeance but is now just a senile old man. As his plan to get back at the Gate Corporation for firing him goes into motion, the old man blissfully plays chess against online opponents.

Ed, being the resident genius on the Bebop, starts a tense game with the former chess master, eventually losing to him. One might assume that the moves in Ed’s game and the one before it are arbitrary. However, that’s not the case. In fact, the matches played in this episode reenact two famous matches: Paul Morphy vs. Adolf Anderssen (1858) and Paul Morphy vs. John William Schulten (1857). Morphy, like Hex, won both of these matches.