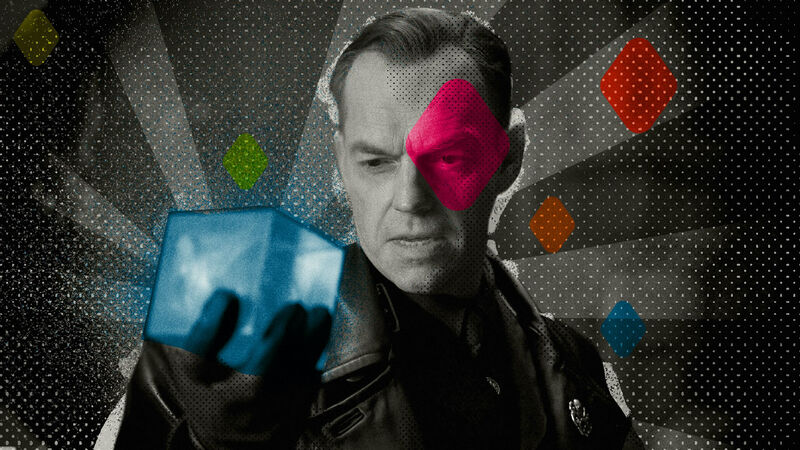 The Marvel Cinematic Universe is filled with memorable moments – “I am Iron Man,” that legendary shot of the six original Avengers assembled for the first time, Star-Lord dancing mid-heist, and so on, and so on…

But what are the moments that had the most impact on the events that followed? What are the times you can say, “That changed everything?” Below, with some thoughts from Fandom’s MCU Community, are a few that stand out amongst the 21 movies leading into Avengers: Endgame.

Note that to keep things a bit more on track, we’re keeping this to someone’s actual actions, not “so and so is born,” since that could be a list of dozens of characters at this point!

He was destined to lead the Avengers, but Steve Rogers would never have had a chance were it not for Abraham Erskine and his Super Soldier serum.

The German scientist is responsible for turning the courageous but physically meek Rogers into Captain America, giving the world one of its greatest and most inspirational heroes. Rogers would then be a key figure in World War II, leading the way to many victories for the Allies, and then return in the present, where his presence was once more crucial to major events time and again.

Going back even further, an earlier version of Erskine’s formula was used to turn Johann Schmidt into the Red Skull, helping make an already ambitious and evil man all the more frighteningly effective until Captain America stopped him.

On top of the direct results of Erskine’s formula are the massive consequences of others trying to recreate his work following his death. One variation was used on Bucky Barnes and the others in the Winter Soldier program, while it was Bruce Banner’s attempts to recreate the serum that instead turned him into the Hulk. Other attempts to replicate both the original formula and also Banner’s version of it led to Emil Blonsky’s enhanced abilities, and then to him becoming the Abomination, and to Samuel Sterns gaining what appear to be some form of mental-based abilities… though we’ve yet to see the full results of that.

Yes, eventually, the Tesseract would almost certainly be discovered. If nothing else, Thanos, when he decided to unite all six Infinity Stones, would have worked to track it down at all cost. But it was the Red Skull who unearthed it from a long dormancy in Norway in 1942, setting into motion several major events — both on Earth and beyond — in the next century.

The Skull himself would use the Tesseract to create incredible weapons for Hydra, before he made the mistake of directly touching the cube himself, sending him off into the Nine Realms – and his destiny as the Stonekeeper.

From there, the Tesseract would be studied by Howard Stark — influencing his work on projects like the Arc Reactor — while its power would be more directly used by Mar-Vell to attempt to create a Light-Speed Engine, inadvertently leading to Carol Danvers gaining the awesome power of Captain Marvel.

And of course, Loki stealing the Tesseract from SHIELD and Project Pegagus for Thanos would allow the Chitauri invasion of New York to occur, which in turn would bring the Avengers together for the first time.

Loki taking the Tesseract yet again after it was returned to Asgard would then lead to his death at the hands of Thanos and his followers when Thanos came looking for it. If the Red Skull hadn’t unearthed the Tesseract in the first place, perhaps this is the point when Thanos would have traveled to Norway himself to get it. But that’s not how things played out.

Thanos’ search for the Infinity Stones had numerous ramifications through the years, but one with some notable direct fallout was when he was still working more behind the scenes, and tasked Ronan, working in conjunction with his own daughters, Gamora and Nebula, to get the Power Stone. While Ronan would eventually decide to use the Stone for himself, rather than give it to Thanos, he wouldn’t have gained his temporary possession of it in the first place were it not for the Mad Titan. More importantly, it was their quest to stop Ronan from using the Stone to destroy Xandar that would turn a group of mismatched criminals into the unlikely group of heroes known as the Guardians of the Galaxy.

This chain of events also led Nebula to finally turn on her abusive father and side with Ronan, a notable step on her way to choosing a truly heroic path in the long run. The fight against Ronan had a tragic element as well, as Groot died during the battle – though he would leave behind an infantile new version of himself.

Suffice to say, you could argue that every other action that occurred for the Guardians of the Galaxy since could be traced back to Thanos’ mission for Ronan…

Given the secrets SHIELD hides even from itself, it’s certainly possible that there were members of the organization in 1995 who were aware of alien life. But Nick Fury was not among them, nor was this fact accepted by SHIELD at large. That all changed though when both Carol Danvers and a group of Skrulls, led by Talos, crashed to Earth during a battle between the Skrulls and the Kree. Soon, Fury and SHIELD would have concrete proof of alien life, changing their perspective and their approach to protecting Earth.

Chief amongst that new approach was Fury himself beginning a program he would first called The Protector Initiative, before renaming it The Avengers Initiative – setting him on the path to look for more extraordinary beings who could stand together as Earth’s Mightiest Heroes.

The first-ever scene in the MCU is also one with a ton of implications. Tony Stark, still a weapons developer, had his convoy attacked while in Afghanistan, was horribly injured — nearly fatally — in the process, and found himself taken captive.

We all know what happened next… Tony built a new, miniaturized version of his father’s Arc Reactor, and then, alongside his fellow prisoner, Ho Yinsen, built the Mark I Iron Man armor, allowing Tony to escape, and creating his new superhero identity in the process.

Everything changed for Tony and the world at large after that. He stopped manufacturing weapons, having seen his captors using ones he built. And his new focus on the Iron Man armor would not only lead to one refinement and update after the other, but set in motion James Rhodes becoming War Machine, along with the eventual construction of the “Veronica” Hulkbuster armor Tony and Bruce Banner would develop, which Banner himself would eventually wear.

The world would have no Iron Man and Iron Man wouldn’t be an Avenger were it not for that attack. So it’s a good thing Tony survived it!

This event may have happened most recently in the MCU timeline, but it’s clearly massively important. In fact, several members of the Fandom MCU Community brought it up when asked what moments changed the landscape in the MCU.

When you wipe out half of all life in the universe within moments, you leave an impression – and that’s before you consider that Thanos’ infamous snap managed to kill noteworthy MCU characters like Black Panther, Spider-Man, Doctor Strange, Star-Lord, Groot, Mantis, Drax, Falcon, Bucky, the Wasp, Hank Pym, Janet van Dyne, Nick Fury, Maria Hill, and Scarlet Witch, among untold others.

We’re in the Endgame now, with the Avengers trying to do something, anything, to stop Thanos. But the position he’s put them, the Earth, and the universe at large in is something no one in the MCU had ever encountered before.

Whether you blame Wanda Maximoff for sending Crossbone’s explosive device into the air to save Captain America, inadvertently killing several people in the building nearby, Captain America himself for freezing up when Crossbones mentioned Bucky’s name, or simply Crossbones himself — after all, it was he who armed the device — this moment would have a ton of fallout for the Avengers.

After this tragic event, a tipping point had been reached for the nation’s governments regarding the actions of the Avengers, leading to the Sokovia Accords. The Accords would then lead to a huge rift in the Avengers, before the team imploded completely.

Yes, Helmut Zemo would exploit and escalate this scenario, setting off his own explosion at the United Nations that caused the death of King T’Chaka (in the process making his son, T’Challa, the new King of Wakanda) and pushing the Iron Man/Captain America divide completely over the edge with his subsequent revelations – but by that point, Captain America and several of his teammates and allies had already become criminals by refusing to follow the regulations set forth by the Accords. Soon enough, hero was fighting hero, War Machine was crippled, and Tony had recruited and notably upgraded the equipment of Peter Parker/Spider-Man, turning him into a protegee in the process.

On top of that, the breakup of the Avengers likely had a profound effect on the events of Avengers: Infinity War. It’s impossible to say for sure if a team united from the start could have stopped Thanos, but it’s hard not to think they would have at least had a better chance.

Brock Rumlow/Crossbones was dead, but his final actions kept reverberating…

Loki was the bad guy in the first Thor movie, but as proven by Thor: The Dark World and Thor: Ragnarok, he wasn’t irredeemable.

Of course, in between those appearances, there’s the little matter of all the chaos he caused in The Avengers, which several members of Fandom’s MCU community noted could be traced back to a key moment at the end of Thor when Loki choose to let go of his brother, as both dangled from the Bifrost, rather than be pulled to safety by Thor and Odin.

“Loki letting go in the first Thor movie. I think that was the most important moment in the Mcu as it set everything else in motion.” – Sai Matekar

“When Loki let go of Thor, setting off everything” – Azura-dragon13

And it’s hard not to see this point. If Loki doesn’t let go, it seems likely his family could have gotten through to him and perhaps turned things around for him sooner. And certainly, if he’s locked up on Asgard, he isn’t able to help Thanos, and serve as a massive component in bringing the Avengers together. Even if you speculate that Thanos finds someone else to serve Loki’s role, his absence means Thor doesn’t go to Earth to find his brother, and thus doesn’t join the Avengers – at the least changing that group’s dynamic in a big way.

Here are other suggestions from Fandom’s Marvel Cinematic Universe Community on the MCU moments that had the most impact:

“Loki’s invasion of New York, which forced the reactivation of the Avengers Initiative, landed the mind stone on earth which led to the creation of 3 more Avengers (Wanda, Pietro, and Vision), laid the groundwork for the entire plot of Age of Ultron, and it brought in Vulture to clean up the debris and set into place the events of Spider-Man: Homecoming.” – FlerkenGherkin

“Peter Quill’s mom dying and Ego revealing that he was behind it.” – JeremyLos987

“Quicksilver dying in Age of Ultron. If he hadn’t died, chances are he would’ve been a great asset in the Civil War and in the battle in Wakanda against Thanos.” – Reid007