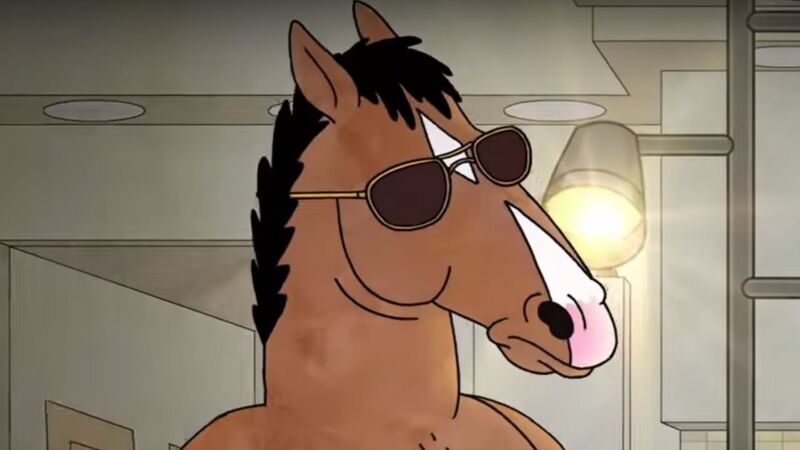 Film and TV has a chequered history with mental health. Within horror, the asylum has long been a go-to trope. Antagonists are written as ‘crazy’ normally without much explanation as to what made them become so. Hannibal Lecter is far from being the only evil psychiatrist we’ve met onscreen. Did you laugh at kindly Emma Pillsbury’s Obsessive Compulsive Disorder in Glee? That was mean of you. And then, there are the myths, regurgitated and repopulated, over and over and over again.

People with disassociative identity disorder don’t wake up one day and realise they’ve been living as another person (Fight Club). Walter Sobchak may have Post-Traumatic Stress Disorder from his service in Vietnam, but he’d be much more likely to kill himself than another person (The Big Lebowski). Oh, and love doesn’t cure bipolar disorder (Silver Linings Playbook).

In fairness, this stuff is difficult to depict. Whether it’s the visions, the fear, the confusion, the stress, or indeed, any symptom of living with a mental illness, it’s hard enough for the people who actually live with conditions to articulate their experiences, without then trying to replicate experiences often so unique to the individual on the screen. It’s telling that even in a list such as this, one designed to highlight the titles that do things right, those same titles often feature things done wrong too.

The reliance on mental illness in film might be connected to the medium of film itself. Storytelling relies on conflict. Mental illness is all about conflict. The illnesses we’ve talked about prior, and many we haven’t, lead to changes in the way a character might think, feel or behave. They might change the way a character interacts with another. Whether it’s a delusion or a desire to seek treatment, mental health might provide a motivation.

But this stuff is so important to get right.

“There’s nothing inherently wrong with depicting mental health in entertainment media,” says the American Psychiatric Association. “In fact, realistic examples of the ways people live with mental illnesses can be a powerful way to fight stigma. When people with mental illness are not portrayed accurately, however, media can have unintended consequences. Mental health misrepresentation in entertainment media can fuel stigma, leading to discrimination against people with mental illnesses and barriers to treatment. Media that romanticizes or features graphic acts of violence, especially self-harm and suicide, may trigger imitative violence, risking copycat acts.”

It’s far from an exhaustive list, but here are eight film and TV shows that deserve credit for the way they depict mental health and mental illness.

There are those who believe that if Nicolas Cage hadn’t spent so much of his fortune buying castles and searching for The Holy Grail (not a metaphor, the ‘actual’ Holy Grail) and therefore didn’t have to make so many awful movies for pocket money, he’d be spoken about with the reverence saved for the likes of De Niro and Pacino. This black comedy heist movie, in which Cage sensitively plays a man with debilitating Obsessive-Compulsive Disorder, adds weight to that argument.

Remember the scene in Season One where Randall (Sterling K. Brown) has a panic attack? That was a hard watch. It was also very well done. Dr. James Murrough, assistant professor of psychiatry and neuroscience at the Mount Sinai Hospital in New York City, told Health magazine last year, “This was a pretty accurate portrayal. When you’re experiencing a panic attack, it can feel like you’re dying or losing your mind. The blurring of his vision gave the feeling of detachment or unreality. Depersonalization or feeling disconnected from your body is another common symptom of a panic attack.”

As previously discussed, director David O. Russell’s movie is not a perfect depiction of poor mental health, but it’s a touching one. Basically a film about two people on the rocks, helping each other find happiness – via the medium of dance! — Bradley Cooper and Jennifer Lawrence tenderly depict the fragility present within all people, whether they’re well or not. Cooper’s depiction of a man suffering from bipolar disorder is, for the most part, well weighted.

Hard thing to depict is depression. After all, who wants to watch someone just do… nothing. Credit then to Raphael Bob-Waksberg’s adult-orientated cartoon then, for so frequently coaxing humour from the absurdity of the condition. Bob-Waksberg has said the whole thing came about by accident. “It was never our top priority to be the voice of depression,” he’s said previously. Maybe that deftness of touch – that organic sadness — is the reason why it works so well.

Cinema has often depicted people with poor mental health as selfish. Not so this Kristen Wiig vehicle, which concerns a character called Alice who has Borderline Personality Disorder. It’s a funny movie. It’s a sad movie. It’s ultimately an inspiring and triumphant movie. And it’s one of the most thorough depictions of someone struggling with mental illness – a reminder that a person is so much more than the illness that plagues them — ever committed to film.

Another bleakly amusing title, this time with outstanding performances from Bill Hader as Milo and Kristen Wiig, again, as Maggie. They’re brother and sister, both affected by – and, indeed, united in — depression. Nuanced, well-developed characters feature throughout director Craig Johnson’s entire filmography, but his ability to find light within the darkest crevices of broken people has never been showcased as impressively as here.

There’s a lot not to like about – or at least be irritated by – Lena Dunham’s achingly hip comedy-drama Girls, but it’s depiction of OCD in its Season 2 finale, a condition Dunham is affected by in real life, is truly remarkable. OCD is a much-misunderstood condition. It’s not about ‘being tidy’. It is a serious anxiety-related condition where a person experiences frequent intrusive and unwelcome obsessive thoughts. The World Health Organization has frequently listed it within its top ten most debilitating conditions, and Dunham doesn’t hold back in a bathroom scene that will leave you gripping your ears in horror. “I heard hissing” is a phrase that will haunt us for a long, long time.

Not so much a film about mental health as a film about understanding the mind, this benchmark Pixar movie remains as astonishing now as it was upon release. Directed by the genius that is Pete Docter, Inside Out started development in 2010 after the Monsters Inc./Up director began observing changes in his daughter’s personality as she grew older. The film was made in consultation with psychologists like Paul Ekman and Dacher Keltner from the University of California-Berkeley. Keltner says: “I think the film really got a couple of big ideas about emotions right. Emotions are really critical to how we look at the world — our perception and our attention and our memories and our judgment. They guide us in our handling of really important life circumstances, like moves and developmental changes.” Inside Out is a pioneering and classy production.