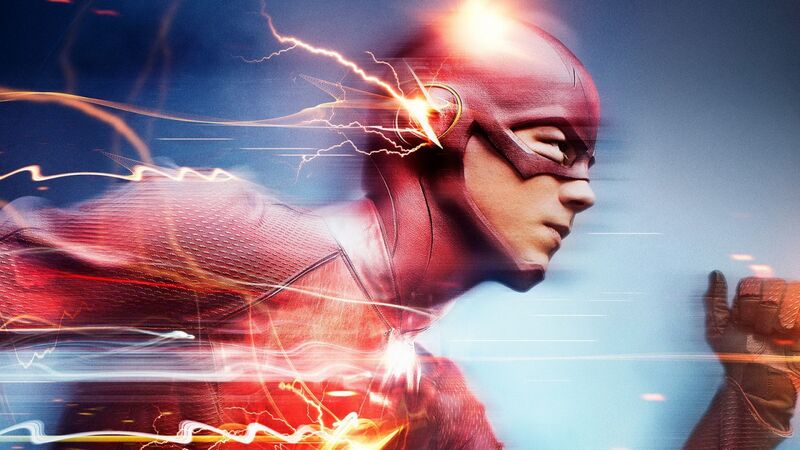 Four seasons and several speed boosts in, Barry Allen has gone from stumbling speedster to full-fledged superhero. Unfortunately, many of The Flash’s victories have come from the surprisingly limited repertoire of powers available. Basically, he runs fast and through things. That’s about it.

Even the surly Oliver Queen is given an extra trick arrow every few months but Barry and Team Flash have trundled along with a tiny clutch of abilities that are usually shared across multiple characters. With another season already confirmed, we’ve found eight Speed Force powers that The CW’s Arrowverse has yet to pull from the comics.

Since Barry burst back from his Speed Force excursion, he has been slowly developing the ability to share his speed and bring others into what we’ve come to know as ‘Flashtime‘. The antithesis to this power is speed theft. If a speedster can get close enough to an object, they can steal the speed (but not momentum) of an object or person. Speedsters themselves can resist this ability but it has myriad other uses – slowing a falling building, stopping bullets in mid-air, or even setting up a falling cake for the comedic effect.

Following an accident involving hyper-rays, Bart Allen developed the ability to create Speed Force duplicates of himself that can move and act independently. However, once these doubles return to the original, anything that happened to the duplicates happens to the real deal — experiences, damage, the works.

Though the Arrowverse’s Zoom made use of time-travel to create doubles, this method brings the temptation of trying to alter events before they unfold and the downside of having to kill the double. Speed clones are short-lived doubles that return once the job is done and it solves the problem of being in two minds about things.

Barely a week goes by where Cisco doesn’t end up reaching for the sewing box. Barry and his rotating rouges tend to trade heavy blows and wear down their uniforms. But what if there’s an emergency and no time to grab a super suit? Luckily, there’s an easy solution.

Back in New Earth, Wally West suffered two broken legs and needed a new suit. Instead of just using the Speed Force inside his body, Wally managed to manifest it outside him in the form of a new supersuit that allowed him to run again. As well as upping his game, the new threads can also change at will and can condense down to a handy ring. Instant outfit, just add lightning.

Think fast! Realising that his reflexes are faster when he’s running, Barry one day decided to turn his Speed Force energy through his brain instead of his legs. Using the full power of a human brain operating at superspeed, the Flash can out-think any supercomputer. Like most great things in life, there is a steep risk involved.

With his entire brain operating at full power, Barry struggles to discern the difference between what’s actually happening and what scenarios his brain is formulating. If he’s not careful, the Flash could react to events that haven’t happened yet or react long after they have.

Pioneered by Max Mercury (informally known as the Zen Master of Speed), meditating at super-speed lets him perceive the molecular vibrations around him. It goes a step beyond a look around the room though. With the mind freed from worrying about an incredibly slow material world, it can extend slightly further into actually feeling out the Speed Force itself.

More mystical than practical, meditating on the Speed Force can lead to some unexpected benefits like sensing imminent danger to speedsters. Which brings us to our next point.

Though this power would have been especially helpful in previous seasons of The Flash, it would add an extra element to any future evil speedsters. Going fast is easy for them. Going slow? That’s a much smaller pool. With an extended excursion in the Speed Force super-charging his abilities, this power could become an ability unique to emerge in the Scarlet Speedster.

Being connected to the Speed Force brings the normal benefits of being a hero. Flawless complexion, perfect physique, and healing from minor wounds in seconds. Broken bones patch themselves up within a few hours but there’s a quicker way of mending the damage – hyper-metabolising the wound. Yet this power can be more of a double-edged sword than even super-intelligence.

When Barry heals from broken bones, he only has to make sure they set right. If he speeds up his metabolic process even more than normal, it drains his life by however long it would normally take to heal. As far as last resorts go, it’s not high on the list but it comes in handy.

As a speedster gets faster, they draw a larger part of the Speed Force into themselves. Though they can keep getting faster, a speedster will inevitably end up being drawn into the Speed Force for good. That’s where true love comes into play. Dubbed ‘lightning rods’ by none other than Professor Zoom himself, having that special somebody in their life is what keeps a prime speedster cosmically grounded from vanishing into the Speed Force.

And it’s not something to be taken lightly. Mrs Flash can expect a longer life, better health, and the combined love of a speedster and lightning rod can make even the devil turn into a nice guy.