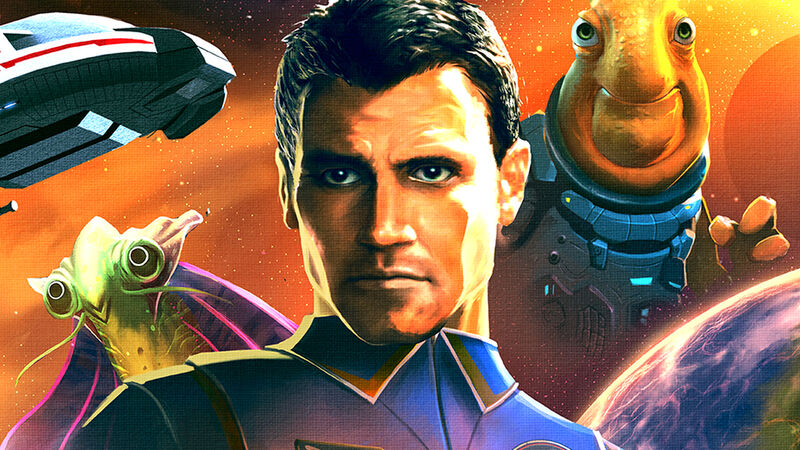 Nowadays the big studios focus on a handful of billion-dollar genres: first-person shooters, driving, sports, and so forth. Many classic franchises don’t fit in to the cookie-cutter moulds of modern triple-A development, and have languished in obscurity.

Lucky for us a new breed of indie studio is breathing new life into the neglected genres of yore, often surpassing the classics that inspired them…

Years ago Diablo and Diablo II set the standard for Action Role-Playing Games, but now Grim Dawn has raised the bar. A multitude of factors working in concert make Grim Dawn so compelling: the huge potential for class customisation, the vast range of collectables, the sinister setting, the slick graphics and sound, and the sense of steady progress as you tear through enemies and fight to save the human race.

Grim Dawn is a labour of love created by a team of ex-Titan Quest devs who banded together after Iron Lore Entertainment shut down. Their dedication to making the finest dungeon-crawling game money can buy really shines through.

Despite Advance Wars being a beloved fan favourite, Nintendo hasn’t released a new game in the series since 2008. Hoping to address this glaring oversight, a battalion of indie developers has stepped up to the plate.

Of this new wave of Advance Wars spiritual successors the closest in look and feel is Wargroove, an upcoming release from Chucklefish, the studio that brought us Starbound. Wargroove will include extensive support for map editing and campaign creation, and is currently scheduled for a late 2018 release.

In the late 20th Century top-down isometric action shooters were plentiful. Today they are all but extinct.

Brigador was created to address this grievous deficit. The brainchild of indie dev brothers Hugh and Jack Monahan, Brigador puts you behind the wheel of an armoured attack vehicle armed with ludicrously savage sci-fi weapons and sets you loose in a completely destructible cyberpunk city.

The large range of unlockable, customisable vehicles offers a huge variety of play styles and near game-breaking weapon combos. The soundtrack is worth mentioning too; sinister synthwave tunes to match the dark neon aesthetic.

There have been two major, free content updates to Brigador since launch, and the devs appear quite committed to the franchise, hinting on social media that a sequel is already in the works.

The first video game to boast the Tom Clancy brand was Red Storm Rising, a simulation where you commanded a nuclear attack submarine on the prowl for Soviet warships in a hypothetical World War III.

Cold Waters brings this compelling premise into the 21st Century. It’s a game of real-time naval warfare, and just like in Red Storm Rising each battle is part of a larger campaign where your actions directly affect the course of the war. The simulation of sonar in Cold Waters is highly realistic — sound will propagate differently at different thermal layers, and even turning your sub too quickly can alert the Ruskie AI to your position.

House of the Dying Sun

Back in the 1990s LucasArts released a series of space combat games that let players strap into the cockpits of the iconic fighter craft of the Star Wars movies.

The triple-A world has left this genre behind, so lucky for us 2016 saw the release of Marauder Interactive’s House of the Dying Sun. The game is structured around short, intense dogfights through asteroid fields and nebulae. Spacecraft are rendered via deceptively stylish flat polygons, reminiscent of the Gouraud-shaded ships in the LucasArts classics.

The quintessential arcade shooter experience, House of the Dying Sun is often available for steep discounts on Steam.

Valkyrie Profile is a classic Enix RPG from the turn of the century that offered a unique combination of platform-jumping exploration, turn-based combat, and earnest melodrama involving a huge cast of recruitable characters. It’s fondly remembered, but seldom imitated.

Indivisible is currently in development at Lab Zero Games, the same team that brought us Skullgirls. Instead of re-using the staid tropes of European fantasy, the story and aesthetic of Indivisible are influenced by South-East Asian art and culture. Artist/animator Mariel Cartwright lends her vivid style to the visuals, and the soundtrack is by Secret of Mana composer Hiroki Kikuta.

Indivisible is currently slated for a 2019 release.

To the untrained eye it appears to be a typical real-time strategy game where you build bases and accumulate resources. But the real game lies in how you manipulate the in-game commodities market. As resources are bought and sold their prices fluctuate in real time, giving you opportunities to make a killing and buy out your rivals. No two games are ever the same. You can’t just memorise an optimised build order; you must constantly reassess the situation and adapt.

Of all the classic space exploration games of the 90s Star Control 2 offered something truly unique: combat inspired by SpaceWar!, and comedy RPG dialogue on a par with The Hitchhikers Guide to the Galaxy.

We’re listing Star Control: Origins as a spiritual successor because while developer Stardock owns the trademark rights, franchise co-creators Fred Ford and Paul Reiche III are not involved in development. In fact, as of this writing they’re engaged in a messy legal battle with Stardock.

Despite this unfortunate business, there are plenty of promising signs that Stardock can bring that classic Star Control flavour back to life. The writing team is led by Cracked.com alumni Chris Bucholz, and Finnish composer Riku Nuottajärvi is on back on board. He created some of the best music in SC2, including the themes for the Yehat and the Thraddash, and the evocative hyperspace and shipyard themes. Built with the Nitrous engine, the game comes with robust mod support, allowing players to create and share their own space operas.

Star Control: Origins is due to launch on September 20.

Long-suffering Command & Conquer fans despaired when E3 2018 saw EA announce that the latest instalment in the classic real-time strategy series was a dinky little mobile phone game. What of the grand, sprawling battles the series offered players back in the 90s?

In Wargame: Red Dragon the spirit of C&C lives again. While superficially similar to the RTS games of old, there are a lot of complex game systems under the hood. You don’t send harvesters roaming the map to pillage resources, and there’s no base building. Instead you gain precious deployment points by occupying control zones.

The units you can deploy are determined by your deck; you can choose from over 1,900 different units from 21 nations. There is tremendous variety in the land, sea, and air units available, and no small challenge in deploying them to best effect.

There’s an abundance of “what if?” quasi-historical Cold War scenarios, such as: What if Margaret Thatcher decided she didn’t want to hand Hong Kong back to China? While not a true simulation, Wargame: Red Dragon offers plenty of depth to get lost in.