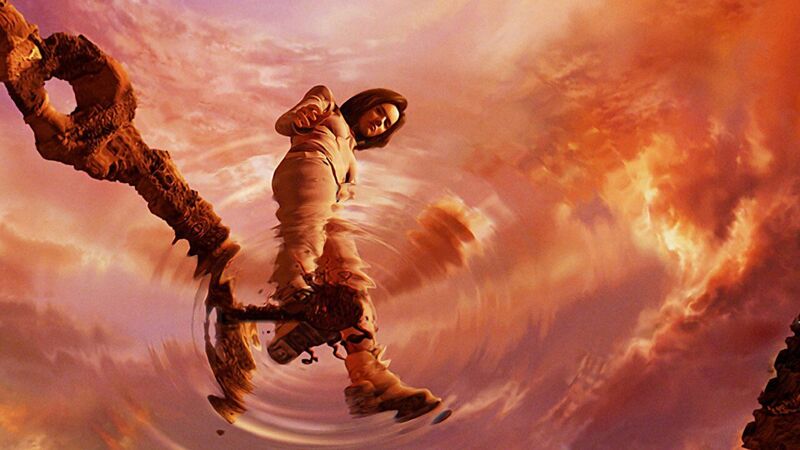 A Look Back At: ‘Final Fantasy: The Spirits Within’

The Bard once wrote, “What’s past is prologue,” and that certainly applies to our pop culture landscape. It’s always important to reflect upon and reevaluate what has come before. Doing so can help us to better appreciate something new, or possibly unlock some hidden meaning in the past that we never considered. To understand where we are, we have to know where we’ve been. With that in mind, let’s take a look back at…

Final Fantasy: The Spirits Within (2001)

One of the most admirable elements of Warcraft is the fact that Blizzard Entertainment has been heavily involved in the film’s story. It’s clear that Warcraft is trying its best to appease fans of the game series it’s based on. Whether or not that approach will resonate with casual viewers remains to be seen. Fifteen years ago, another game series was brought to the big screen with just as much ambition and risk.

Final Fantasy: The Spirits Within dared to be the first fully computer-animated feature that strived for photorealism. It was also directed by none other than Hironobu Sakaguchi, the creator of the Final Fantasy series. The idea was to make a mature story that could be marketed as a blockbuster event film. The cast was filled with a number of solid performers — Ming-Na Wen, Alec Baldwin, Donald Sutherland, Ving Rhames, Steve Buscemi — and the scale of the project was the largest ever attempted for an animated feature.

So why did it all go wrong?

For starters, the film had barely any visible connection to the property it was based on. Coming off the more sci-fi oriented entries of Final Fantasy VII and Final Fantasy VIII, casual viewers were confused when they were treated to a movie that lacked any fantastic monsters or high adventure. Instead, the story involved a future Earth that has been invaded by an alien force known as the Phantoms. The ensuing plot is simultaneously simple and convoluted; Dr. Aki Ross is trying to collect “spirits” that will assist in her and Dr. Sid‘s research into a wave pattern that will cancel out the Phantoms’ own biological frequency. She’s joined by a jovial military outfit led by Captain Gray Edwards as they search a decimated Earth for the final spirits.

That seems straightforward enough but the plot is impenetrable in its denseness. Tons of technobabble and conflicting storylines muddle any real narrative, and this issue is compounded upon due to the leaden pacing. The film feels twice as long as it actually is — the midpoint climax would have been the finale in another film — and there’s little excitement along the way to keep the audience attentive.

It doesn’t help that the characters are incredibly one note. Granted, the performers providing the voice acting all do extremely well with what they’re given, but what they’re given is a lot of clunky dialogue and expository rambling. The biggest misfire is the film’s villain, General Hein. He’s such a basic military bad guy and lacks the dramatic flair of memorable Final Fantasy villains like Kefka, Sephiroth, or Kuja.

But what about the animation? The selling point of the film was its incredible leap forward in photorealistic CGI. Naturally, computer graphics are doomed to obsolescence as time goes on, but it has to be said that the majority of the work in Final Fantasy: The Spirits Within is damn impressive for 2001. The problem doesn’t come in the textures or design but rather movement. There’s a stilted stiffness to the characters that destroys any illusion of reality, and though the facial animations are commendable they can’t quite escape the uncanny valley. Still, there are some genuinely gorgeous landscape shots in the film and the scale of these digital drawings deserves recognition.

Honestly, there’s a lot about Final Fantasy: The Spirits Within that deserves recognition. Aki Ross is a great female lead in a genre typically headlined by male characters. She’s intelligent, driven, compassionate, and is never once sexualized throughout the entire running time of the film.  There are some inspired ideas in the film when it comes to the Phantoms, particularly how they kill humans by ripping out their spirits. Heck, the film should be given some respect for its willingness to kill off the majority of its leading cast! The entire intent of the film — to make an animated wide-release feature aimed at adults — is one we should support more often. And even with all its faults as a story, Final Fantasy: The Spirits Within should be praised for the risk it took even though it didn’t pay off.