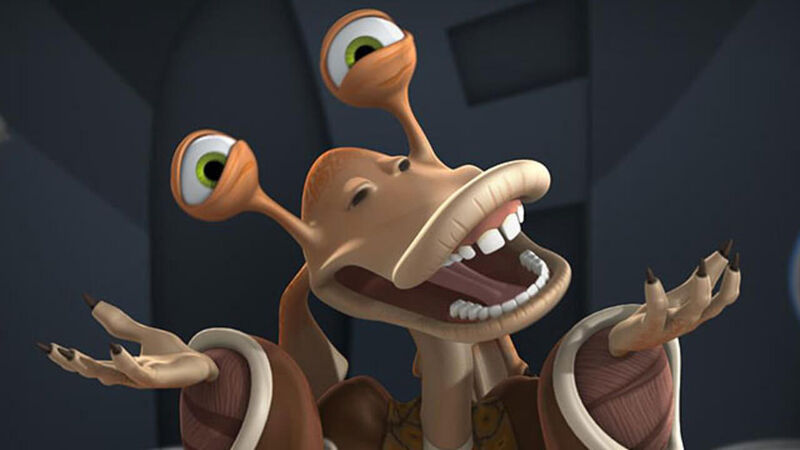 Have We Abandoned the Star Wars Prequels?

It’s been just over a decade since the last prequel was released. It was at the time just as much a phenomenon as the sequel trilogy. Merchandise for Revenge of the Sith was everywhere, companies rushed for the license, and plenty of hype surrounded the film. This is easy to forget since that hype has now gone, but the frustration at Lucas for midi-chlorians, among other things, hasn’t. The prequels had plenty of issues, but they brought a new generation to the series.

At Star Wars Celebration, you would get the impression that they never even happened. Almost none of the dozens of stores sold or advertised prequel merchandise. There were dozens of Rey and stormtrooper cosplays, even plenty of Legends characters, but almost none of prequel characters. Neither Disney nor fans seem to have a fond memory of them. Is it fair to give the films this kind of treatment? Well, that depends on what your thoughts on them were. The prequels definitely have their fans and their defenders, as well as their rabid haters. But none of that was on show at Celebration. Whether people actively distance themselves from them or forgot them, they’re clearly not being celebrated much at the Celebration.

Maybe it’s a shame given how some of the environments, music and technology the prequels introduced was actually quite impressive. Unlike the sequel trilogy, many of the aliens and settings actually looked very different from those of the originals but still distinctly belonged in the setting. Or maybe it’s good that Lucasfilm have learned from the mistakes that were made and fans have moved on. It’s not as fun discussing or watching films and having to defend them or attack them all the time. There are any number of reasons why, and how, they have been abandoned.

Abandoned by Disney and publishers

This is apparent not just at Celebration. Walk into the Star Wars section at a Disney store and you won’t find much from the prequels. It’s almost hilariously ironic that films focusing so much on merchandise sales can’t sell much after their hype is over. Likewise, Star Wars: The Clone Wars was replaced very quickly by the similar Star Wars Rebels, with the original trilogy setting. There don’t appear to be any new anthology films or media with the prequel setting. Genevieve O’Reilly‘s return as Mon Mothma for Rogue One has been the biggest hint that Disney remembered they exist. It’s mostly true outside of Disney as well, aside from maybe some LEGO releases. There have been no talks of the Clone Wars appearing in a future Battlefront.

In this case, it’s most likely that Disney are distancing themselves from the prequels. While many people were introduced to Star Wars by the prequels, lots of them have grown up to see the faults in them. They are now not remembered fondly by most people, and Disney’s goal has been to win back the trust of Star Wars fans. The negativity surrounding the prequels also means they earn less money from them.

Among female cosplayers, Rey was extremely popular, and Leia‘s many outfits were as popular as ever. Very rarely was there a Padmé one. Among male cosplayers, you’d see Darth Maul often, and that’d be basically it. If you did see Jango Fett, it was with a group of others with Mandalorian armor. There are a number of likely reasons for this.

The first reason cosplay abandons them is an issue with the costumes potential. In trying to make Padmé costumes popular, she was given so many dozens of outfits during the films, and none stuck (except maybe her Geonosis outfit). Meanwhile, many of the characters introduced like Grievous or the battle droids are stupidly hard to cosplay anyway. And for characters like Mace Windu, his outfit isn’t much different from the typical Jedi robes. Compare that to Rey, the most popular cosplay. Her attire is unique to her, is memorable and very easy to make (or buy), as well as easy and comfortable to wear. And while it’s probably hard work to emulate Leia’s hair, and uncomfortable to wear her slave outfit, they’re both iconic. As for the male characters, Darth Vader, Kylo Ren and others all have iconic and, if not easy to make yourself, easy to buy armor.

The other issues are that the characters themselves aren’t that popular or iconic. Many prequels characters either attempted to emulate those from the original trilogy and are easy to forget. Many others tried to bring something new to the table and didn’t resonate at all. The prequels also just threw anything at people and hoped it stuck, as a result, none of it did. They hopped from villain to villain, killing off Maul, Jango, Dooku and Grievous quickly, allowing none to become a fan favorite.

To be anecdotal for a second: while I rewatch the original trilogy and The Force Awakens often, very rarely do I rewatch a prequel. When I do, it’s often to analyse its flaws, often express frustration at how they could’ve been done better. I imagine this is true of many other fans as well. Many of the people at Celebration probably were introduced to Star Wars by the prequels, but now prefer the originals. Not a lot of online discussion about them avoids the issue that they were divisive.

This is largely because the love of Star Wars isn’t with the prequels anymore (and among older fans, it probably never was with the prequels). In some cases, people have moved on from them and forgotten them. In others, they just wish the films never happened. In others still, they’re fans of the prequels, but their love for it is now a closet love.

All of these things taken into account, the prequels don’t really get celebrated much at, well, a Star Wars Celebration. What will be be interesting to see is if the sequel trilogy can hold onto its hype, or if it will become forgotten as well. If they do a good job, then the new generation of fans will grow up with fond memories of them as well.