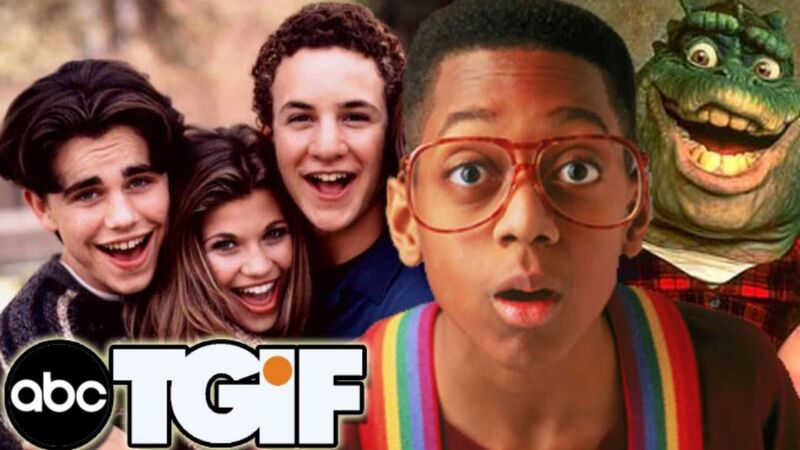 ABC Fall Lineup Banking on Family Comedies, Including a New Take on TGIF

UPDATE: Despite it being the biggest new show at ABC, the network canceled the Roseanne revival after the titular star tweeted racist comments on May 29.

ABC revealed its fall lineup on Tuesday and it is jam-packed with family comedies in what the network president referred to as the return of TGIF.

This is not the popular “Thank God It’s Friday” lineup that every child of the ’90s kicked off their weekends with, however, but rather “Thank Goodness It’s Funny” which will usher in a new era of the Friday 8-9 p.m. comedy block.

The sitcoms heading to Friday aren’t new series, though. Instead, it will consist of previous hits Fresh Off the Boat and Speechless being shuffled from their previous spots earlier in the week. The comedies will then be followed by the second season of Ricky Gervais’ game show Child Support.

The massive success of the Roseanne revival is a big part of the network’s decision to load so much comedy into its lineup, with a total of 10 family sitcoms landing on the fall schedule, two of which are brand new.

The first of the new sitcoms is The Kids Are Alright, an ensemble comedy set in the 1970s about an Irish-Catholic couple raising eight boys. The series landed the prime spot of Tuesday nights at 8:30 p.m. behind Roseanne.

The second new sitcom, Single Parents, received the other coveted comedy slot of Wednesday after Modern Family. The ensemble show is about a group of single parents, including Taran Killam, Leighton Meester, and Brad Garrett, who are raising 7-year-old kids while attempting to also have a personal life.

There are also two new dramas coming to the network this fall. The first is A Million Little Things, about a group of friends who decide to start living life to the fullest after a member of their group dies unexpectedly.

The Rookie is the second newbie added to the lineup, which stars Nathan Fillion as a middle-aged man who decides to start a new career as an LAPD officer.

The other big news coming out of ABC is the addition of The Alec Baldwin Show, which will mark the first primetime broadcast talk show since Jay Leno had a brief stint at 10 p.m.on NBC  in 2009. The talk show, which is based on Baldwin’s podcast, will air on Sunday nights.

Dancing with the Stars: Juniors will debut on Sunday nights, holding the spot until American Idol returns early next year. Other new series debuting on ABC midseason include The Fix, Whiskey Cavalier, Grand Hotel, and The Goldbergs spinoff Schooled.

Most things on the fall schedule are staying the same, however, including Thursdays being taken over by Shondaland. Check out ABC’s full fall lineup below.