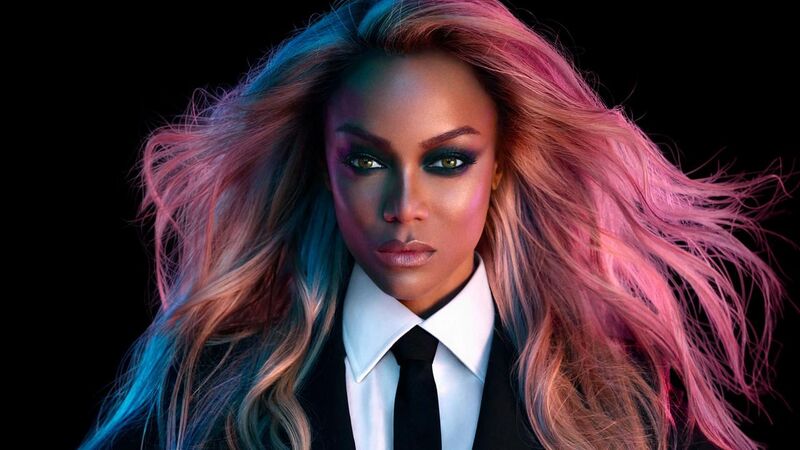 America’s Next Top Model has had some controversial winners in the past, and the latest is no exception.

On Tuesday, 20-year-old Kyla Coleman won the title (and $100,000 prize) over standouts Khrystyana Kazakova and Jeana Turner. While Coleman had improved throughout the course of Cycle 24, her “body of work” — one of the winning criteria laid out by the judges — was weaker than the other finalists. Kazakova, for example, had best or second-best photo nine out of 14 times.

Kazakova was widely seen as the frontrunner. Turner was also a contender, having outshone other previously eliminated contestants to win the “comeback” position and later being hand-picked by designer Philipp Plein to walk in the finale runway.

Tyra Banks, the creator and host of the series, seemed to acknowledge the controversy, tweeting (and then deleting) a post that read, “Imma gonna be back after west coast airs. Y’all are getting a little rowdy in my mentions,” responding to the dozens of tweets from fans expressing their dismay with the results.

Anybody else audibly gasp when Khrystyana got eliminated because like how and why and no and confusion and like…#ANTM pic.twitter.com/Cgkaba3S2j

In a season whose theme was embracing different forms of beauty, Kazakova would’ve been a deserving winner. She was an immigrant, plus-sized, a survivor of abuse, and, at 32-years-old, older than most contestants (thanks to a change in the eligibility rules).

Even winner Coleman acknowledged the missed opportunity, telling Entertainment Weekly, “This cycle it was all about body positivity and diversity and the age barrier, and even now I still feel that I may be part of the problem. … I do perpetuate the problem of a tall, lighter-skinned beauty … I was like, damn, we took off the age boundary and I’m the youngest one!

Here are five other times a runner-up should’ve won the title of America’s Next Top Model:

Cycle 17 ended under unusual circumstances when finalist Angelea Preston was mysteriously eliminated before the final panel. In interviews, Preston claimed that she was the true winner of the season, but disqualified after producers learned she was an escort. The finale was reportedly reshot, with runner-up Lisa D’Amato winning over Allison Harvard. The two remaining finalists appeared to feign surprise when the winner was called.The results were especially tough for Harvard’s fans, who felt she should’ve won in Cycle 12 (see below).

Cycle 17 wasn’t the only time Allison Harvard was in the top 2. Harvard made the top two with Teyona Anderson in Cycle 12. Despite delivering a wide variety of looks throughout the season (not just the wide-eyed anime look that made her an online icon), she was edged out in the finale by Anderson. Harvard remains ANTM’s only two-time runner-up.

Whitney Thompson has the distinction of being ANTM’s first plus-size winner. While she was a strong and versatile model, Thompson was constantly criticized during Cycle 10 by the panel for being “too fake.” Anya Rozova, the runner-up, had five first call-outs/best photo to Whitney’s one. And it was second runner-up Fatima Siad who ended having one of the most successful careers post-ANTM, working with designers like Herve Leger and Dries Van Noten.

Saleisha Stowers was a likable but fairly commercial-looking model in a cycle full of high-fashion hopefuls like Heather Kuzmich, Lisa Jackson, and Jenah Doucette. Stowers’ eligibility was questioned, having appeared on Banks’ talk show and having a national advertising campaign prior to the filming, the latter which would have disqualified her from competing.

Did these America’s Next Top Model winners deserve their titles or not? Join the Twitter conversation @getfandom.