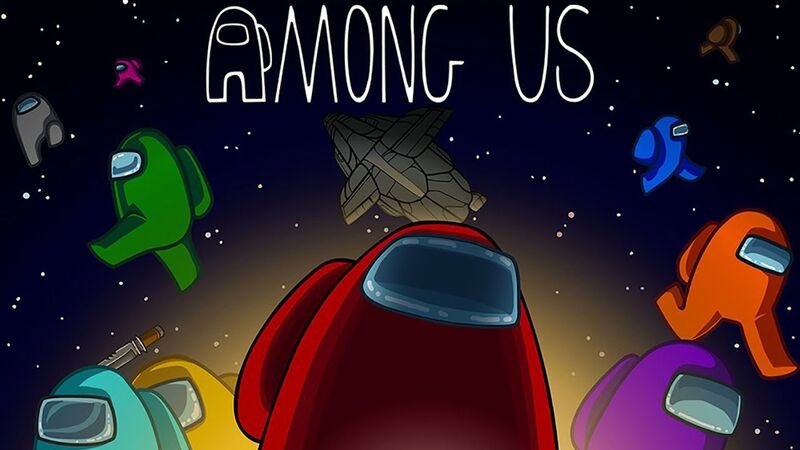 After a lukewarm reception back in 2018, Among Us has rapidly become a delayed hit on PC, Android, iOS and Windows as it enthralled players across the world with a gripping science-fiction/murder-mystery mashup. Its popularity has skyrocketed in the last month, and has been the #1 trending gaming community on Fandom all September. The game follows a spaceship crew who try to complete tasks on-board while up to three players try to murder their teammates. It’s up to the rest of the crew to figure out which player or players are hunting them down. Hang on, haven’t we seen this before but, with more blood?

Okay sure, Among Us doesn’t feature Alien’s Xenomorph hunter with the ability to make your blood run cold with a single snarl or the body horror madness of John Carpenter’s The Thing, but it follows similarly terrifying themes. A killer hiding in plain sight, the paranoia that hangs over the crew as innocent people are knocked off one-by-one. And yet, amidst all the murder and the increasing distrust between the crew, Among Us is somehow the most wholesome version of the two legendary titles in the horror genre.

It largely comes from the necessary team-work that goes hand-in-hand with figuring out the culprit (or culprits) behind the killings. Since Imposters have the ability to sabotage the ship (or the MIRA HQ and Polus Outpost maps) crewmates have to work together to fix the situation. Depending on what system is sabotaged, innocent players are hindered by a lack of vision on the screen, the Oxygen can be sucked out of the ship or a reactor meltdown can be triggered. If that happens, the Imposters win. So it’s imperative to work together to stop that from happening. There’s plenty of tasks to keep players occupied and it seems many crewmates have researched the best ways to complete each job, since our top page in September has been the Among Us Tasks sub-section.

While other multiplayer games band players into teams, they’re often working towards a brutal objective – be it slaughtering opposing squads or dominating a map. Here? The needs of the many outweigh the few. Sure, we’ve all rushed to complete a simple task right at the beginning to prove we’re not guilty (since Imposters can only pretend to complete them) but working together in groups to complete tasks is the most vital part of gameplay for innocents in Among Us. Especially in the endgame, when Imposters may try to split the crew up to make things even more confusing. Split up and cover more ground? No chance. Ellen Ripley’s adventures have taught us that going alone is a sure-fire way of getting butchered in a dark corridor by a cold-blooded killer, or rather, acid-blooded. Sticking together as a team is vital and it’s that collaboration between players which makes Among Us so wholesome.

For decades, the video games industry has been bombarded with accusations of being too overly-violent and having a negative impact on players, particularly younger children. But Among Us is the perfect argument against that. While it fosters the importance of team-work in completing tasks and piecing together the Imposter’s identity in meetings, it also encourages players to think outside the box if they’re given that murderous role to play. Since Imposters are the only ones able to move around the map using vents, players have to pick their moments carefully to avoid being spotted or to use forward-thinking to out-maneuver their opponents.

Vents, you say? Well doesn’t that sound awfully familiar to the legendary franchise kicked off by Ridley Scott in 1979? There’s nothing more terrifying than when Dallas tracks the Xenomorph through the vents and it screams in his face before snatching him away into the darkness. Obviously the deaths in Among Us are slightly brutal, but they’re also hilarious. The sheer ridiculous scale of the kill animations undercuts their ferocity. Our favorite is obviously the needle tongue. It’s perfect. If anything, the over-the-top deaths feel like a bizarrely satisfying callback to Team17’s Worms series.

The most inventive part of Among Us is definitely the ability to call a meeting between players when someone discovers a dead body. Putting everyone in a lobby like that is risky for all players, crewmates and Imposters alike. It feels right at home next to all those sweary accusations from Kurt Russell and his team in The Thing. Although the game from InnerSloth doesn’t feature the white-knuckle tension of the hot-needle-in-blood tests, those frantic messages accusing one another of being the killer in Among Us can still get pretty heated. Although the game won’t see you lose your hands to an extraterrestrial being which can create a giant gaping mouth out of a human’s stomach. Everyone’s a suspect… To be honest, we’re still not over being booted out when Red was the one who broke Blue’s neck! Anyway, not bitter, moving on.

The Rise to Popularity

Obviously, the game doesn’t use the existential dread of Alien and the mystery of where the killer comes from to keep you on edge, and nor does it use the visceral carnage of The Thing to petrify players. But thanks to the light-hearted design of the crew, it’s a fun ride – if a little tense at times. Its revival is largely down to a number of Twitch streamers like xQc, SR_Karif and AdmiralBulldog, who’ve all pulled in tens of thousands of views on their respective channels. It might’ve taken two years to beat PUBG, but the game is now the most played title on Twitch and our data shows it really spiked mid-September. And unsurprisingly, the Among Us memes spread across social media like wildfire, matching the game’s rising popularity and even drawing in more players. The love for the game skyrocketed so much that InnerSloth has actually cancelled Among Us 2, pledging to put all the new content into the first game.

Alien obviously went on to receive 3 sequels and 2 prequels (which are definitely underrated but that’s an argument for another day), while The Thing got a prequel in 2011 focusing on the Norwegian team… But the less we say about that the better. Among Us benefits from not being burdened with extensive lore and complicated story dynamics. There’s a killer onboard, figure out who it is without dying. It’s straight to the point, ridiculously fun and we can’t wait to see what else is on the way from InnerSloth. Although if the developers could add a Xenomorph skin to the store (visible only to Imposters, of course), that would be great.