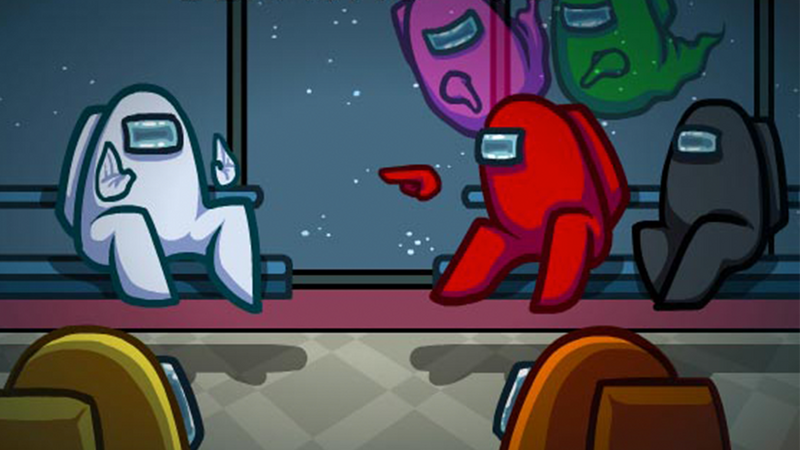 What ‘Among Us’ Shows Us About Blame

It’s the wee hours of the morning, and you should have gone to bed ages ago but you can’t stop arguing with strangers online because you committed the cardinal sin of standing on a vent. Blue is spamming the chat accusing you of “venting” and he’s starting to turn the rest of the crew members against you while you plead that you were just diverting power to Navigation.

Before long your lime green astronaut avatar with a pink flamingo hat is floating out into space and the words “SassyPants was Not the Impostor” appear. And soon after that, the Impostor breaks up the rest of the crew, turning them against each other and winning the day. But how!? Blue was so clearly the Impostor, but everyone took him at his word!

Among Us has recently had overwhelming success, even though the game has been out for the last two years. In fact, Among Us developers, Innersloth, canceled the launch of a second game in order to focus on the gaining popularity of the current one, much to the enjoyment of the players. With the bright simplicity of the design and only being able to chat while arguing in between rounds, Among Us offers players quick judgment with deadly consequences.

THE GENESIS OF THE GAME

To be fair, Among Us is not a new concept for a game. If anyone had played the camp game “Mafia,” otherwise known as “Werewolf” — or less popularly called “Secret Hitler” — then you might know that this is a game of Innocents versus Impostors. The game is simple, a team of people are trying to accomplish certain tasks while there is an Impostor among the group trying to sabotage and even kill off the innocent players. Players have to debate who they think is the Impostor, or the werewolf/secret Hitler, is among the group of normal players. During the debates, a person is chosen to be ousted from the group by majority vote. Whether or not they were the Impostor determines how long the game runs. This is a game that blew up a few years ago in the tech industry and had some players playing for hours on end.

But that’s the interesting part, when played in person, games would take hours as players mulled over the details with a fine-tooth comb bringing up body language, motive, or intention.  Now that the game is ported over to mobile and PC there’s a time limit and a set amount of tasks to achieve each round so players are making hastier decisions. The live-action game took much longer because the debates became incredibly heated. The debating in-game is now abbreviated into words like “sus,” instead of saying someone is suspicious, and fully describing actions can be boiled down to the accusation “venting”. Decision making has been truncated to a few shoddy details, and barely enough time to think over whether or not what’s being said is true. This makes for more repeatability in game play, but it sheds an interesting light on how blame affects our decision making.

In a recent poll of “What was the silliest reason for you wrongfully being ejected from the ship?” gamers had a range of reasons from simple to the outright absurd. Excuses varied from “I didn’t know where I was going and looked too sus,” all the way to “people didn’t like the color cyan that round.” The reasons are ridiculous and often hilarious like one player didn’t know how to put on a hat in the lobby so as soon as the game was started an emergency meeting was called and they were immediately ejected from the game. But it’s often the loudest most simple excuses that sway people’s opinion.

Mob mentality is a major factor in Among Us. More often than not a player can even witness an Impostor kill someone and the witness will be the one blamed and often ejected. Urgency also plays a key factor in people’s decision-making but even if the timer is ticking down it’s really the players shouting “Yellow, vote! Come on!” that sways a player’s vote. The consequences of not reacting quickly enough are typically rewarded with players getting ejected from the ship or even booted from the game. This causes a sense of perceived urgency even if no one is looking at the timer.

“Framework” is the most common way of influencing the way gamers vote, and refers to how someone shows what they’re perceiving. If Green is traveling to the Reactor and Pink needs to make their way from the Upper Engine down to the Lower Engine, Green might frame this as Pink was following them. Players will often mention a few meaningless details that they witnessed and whether that information is relevant or not, the damage has already been done. Once Green accuses Pink of following them, Pink’s now under extreme scrutiny no matter what they do. If Pink isn’t ejected this round, then players will be sent back into the isolation of their own tasks without the ability to communicate with each other until the next debate. And in that time imaginations will run wild, and almost always Pink will be ejected within the next few rounds.

But this means nothing in the grand scheme of things, right? This is just a silly game where people pile on to blame each other for ridiculous reasons while having long bouts of isolation. That… doesn’t… sound… familiar…

WHAT AMONG US CAN TEACH US

The plain fact is that this year has been one of the toughest for many in a long time. We’ve all fallen prey to overwhelming thoughts and tough decisions. As we doom scroll through yet another week of content claiming to be news or updates, it’s hard to remember how easily the blame game can be played.

Meme mentality has often been a way that people promote their competing ideologies, which can be boiled down into a simple phrase or photo. There is a lack of conversation happening, especially in the United States, and people are now being swayed by quippy catchphrases and hot take memes.

If nothing else, Among Us teaches us how easily we can be swayed with the least amount of information. There are several strategies on how to play the game, but the strategies that seem to prevail are the ones who take a closer look at the facts as they are, and not investing in the factless outrage. The Game Theorist, also known as Matthew Patrick, describes how easily games can devolve into the blame game and waste valuable time on accusing innocent players rather than rooting out the Impostor. Instead, he suggests, determine who the innocent players are by listening to their reasoning. This the most effective way to root out the suspicious players, and see how the avatar spamming the channel with conflicting information is likely the Impostor.

In essence, take the time to do the research. Hear people out and pay attention to the details. If someone is spamming the chat it’s likely that they’re trying to keep up with their own lies. Common sense can go a long way in this game and in reality, but making quick conclusions on small pieces of information is likely to be our downfall.