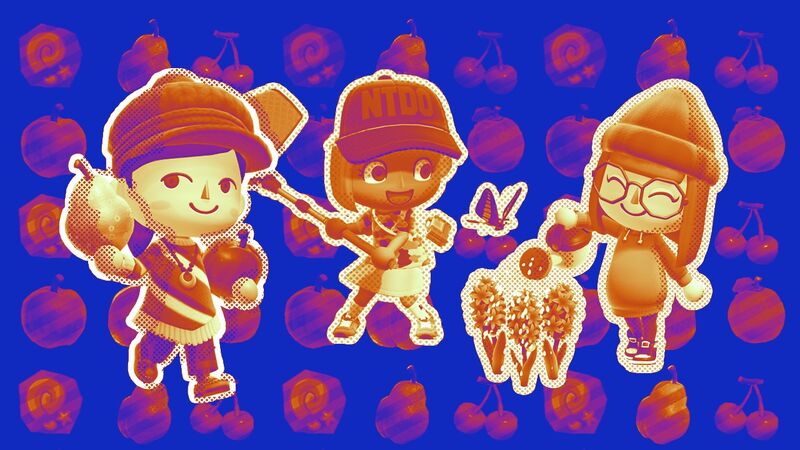 Animal Crossing and Asperger’s: How One Gamer Found Solace in a Virtual Village

When it comes to being an adult in the real world, there are a lot of things inevitably outside of our control. Whether it’s unpredictable meetings or unexpected bills, life events dictated by dodging schedule conflicts or immobile deadlines, sometimes adulting requires you to roll with the punches and change your plans unexpectedly.

While a lack of predictability can be exhausting at the best of times, it’s all the more tiring if, like me, you are an adult living on the autism spectrum.

As someone diagnosed with Asperger’s syndrome — a condition on the autism spectrum that causes me to get overwhelmed by sensory information and struggle with non-verbal social cues — I really struggle when faced with unexpected changes in routine. My brain craves structure as a way to navigate a chaotic and tough-to-process world, and as such, I try to find ways to introduce that structure into my daily routine.

I get up at the same time every day, I do my household chores at set daily times, I organize my to-do list in a very specific way. The more I can sort, arrange, and do as planned, the easier I find it to live my life without feeling crushed by the weight of non-stop sensory input.

Yet, as someone who has to live in the same world as the non-autistic community, there is a limit to how much of my life and routine I can actually control. Busses will turn up later than their scheduled arrival time. Coworkers getting sick might throw work schedules into chaos, and the very specific ways I like to have things organised can clash with the needs of others.

Try as I might, I can’t keep my world perfectly organised and controlled, but thankfully — I can experience a world like that in Animal Crossing.

Turning over a new leaf

When Animal Crossing: New Leaf was released on the Nintendo 3DS back in late 2012, I was at a time in my life when the comfort of routine and structure were pretty scarce. I was working a retail job with no predictable shift pattern. My start and finish times changed from day to day, and my shifts moved from week to week. While that was more than enough to put me on edge, I had also fairly recently moved out of my parent’s home, and the majority of my childhood friends had left the area.

The interesting thing about autism is that quite often people can’t see any outward signs of the struggles going on inside your head. Yet, thanks to this increasingly stressful series of events, in late 2012 my autism symptoms were at their most outwardly visible. I was really struggling to find much to keep my routine predictable — and that’s where Animal Crossing first found a place in my life.

In Nintendo’s world of fluffy animal villagers, I could create a short and simple list of daily tasks, make sure they were done and had a space where I could safely obsessively organise to my heart’s content.

A calming respite from a chaotic world

Every day I would log on, perform a clockwise circuit of the town checking for weeds to pull, fruit to harvest, and insects to capture. I would then do another loop of the town in the same direction, digging up various spots littered around my virtual home, hitting rocks in the hope of uncovering rare minerals, and fishing wherever applicable.

Once that part of my routine is finished, I would then methodically check in with every villager I encountered, carefully combing through the game world for any daily specific events,  or special items on sale that day, before scrutinising the overall composition of my little virtual town.

If a new villager had moved into town, popping their new allotment right in the middle of my flower garden, I would take the time to remove the remaining flowers, and plant them somewhere new that had proper symmetry with their surroundings. If their new location differed in colour or villager temperament, I would pick new flowers to plant. If I wanted to incorporate a new item of furniture? I would remodel my house entirely from the ground up. But it’s not just about my avatar’s possesions — I would even make sure to water every single flower in town each day without fail, one by one.

The beauty of routine

Animal Crossing: New Leaf allowed me a space where it was okay for me to obsessively do the same tasks, day in and day out, without anyone judging me, or telling me that some of them were unnecessary.

I know I don’t strictly need to water every flower in the game every day, but doing so hurt nobody and brought my life a sense of control and structure — something I sorely needed. I could pop into the museum, the clothing shop, and the general store, with no pressure to purchase anything, just double and triple-checking that I had not missed something important.

Where in real life, I didn’t know what task I would be given each day upon arriving at work, I was always sure what would be expected of me when I logged into Animal Crossing. I didn’t always know what I would be eating for dinner, but I did know that I was roughly twelve days away from upgrading my in-game house.

On days where I felt like crying because every noise in my head was impossible to tune out, Animal Crossing offered a space for me to zone out, forget what I could not control, and focus on the comfort of familiar tasks. They were repetitive actions that served the same role as rocking back and forth when overwhelmed, but in a form that was more socially acceptable and considered less strange and unusual.

With Animal Crossing: New Horizons set to release on Nintendo Switch in the next couple of weeks, I am already excitedly looking forward to a few newly announced features that will make it easier than ever for me to obsessively control and perfect my tiny little slice of life. The newest entry in the series will allow players to terraform the island their town is set in completely, adding elevation, creating rivers, filling in areas of water with land, and redesigning the very foundations of their virtual home.

Now, when I move into my new town and notice that the river weirdly detours to one side briefly, creating a strange lack of symmetry that messes with where I had planned to pop a newly opened store, I can simply reroute the river slightly, making more use of the space. I can reposition ledges to be spaced evenly between nearby houses, and create sectioned off areas of town that neatly organise which buildings are located where. I can alter frustrating aspects of my virtual city’s topography, an amount of control I could only dream of in real life.

While I will always find the lack of routine in my daily life a challenge to live with, having games such as Animal Crossing, where I can pop in daily for a brief taste of control, order, and predictability is hugely helpful in making sure I can get through life smoothly. I might not be able to make sure everyone is ready to leave the house exactly to the minute I had planned, or seat myself on a bus in a position that’s symmetrically spaced, but I can count on my town full of animal friends to provide a warming reassuring dose of predictability as the day ends. It may not seem like much, but a little routine and predictability can go a really long way.

Laura Dale
LauraKBuzz
Full time game critic and podcaster. Bylines include IGN, Polygon, The Guardian, Kotaku, Destructoid and more. On a slow but steady quest to capture every single species of Shiny Pokémon.