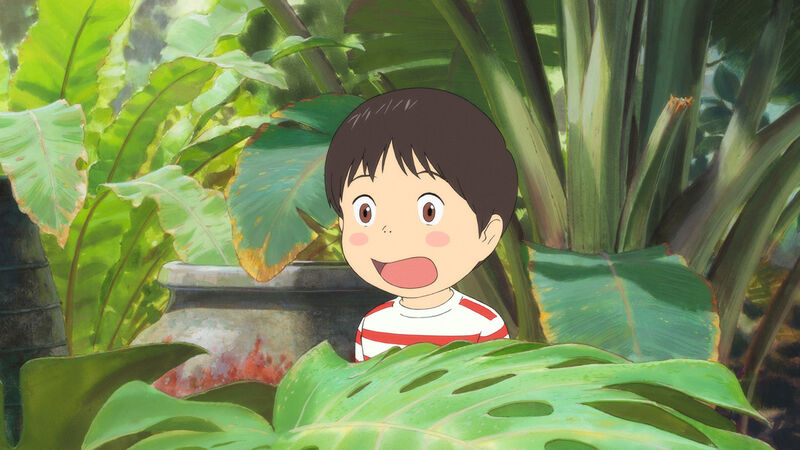 The Rise and Rise of Anime: Why the Japanese Artform Is Blooming

Japanese animation, Japanimation, or anime as it’s more usually referred to outside of Japan, is big business. Characterised by fantasy-tinged stories brought to the screen in a two-dimensional hand-drawn style, the animated artform has been around since 1917. Think Studio Ghibli’s catalogue of classics, or Toei Animation’s manga adaptations, and any number of titles come to mind that define Japan’s collective animated offering.

In Japan, ‘anime’ simply means animation. To a large part of the rest of the world, anime has historically been considered a genre. But, according to acclaimed director Mamoru Hosoda, that is changing. To Hosoda, anime has long been a method of filmmaking, rather than a genre in itself. One chosen, like live action or CGI, to serve a story. And with his latest film, Mirai, honoured by being the first anime to premiere at Cannes, not only does it reflect that the industry outside of Japan is finally catching on, but it also speaks to the growing popularity of anime and its crossover success.

FANDOM spoke to Hosoda, who welcomes the warm, wide global embrace for the field in which he plies his craft.

The Three Phases of Anime

“Animation is a method in filmmaking so whether it be animation, be it live-action, computer graphics, so long as the story is good, it’s good and it’s a movie full stop,” says the director, whose films include Wolf Children and The Girl Who Leapt Through Time. “It’s not just an anime. It’s not a niche thing at all. I think it’s good to know that animation movies are accepted as standard, normal movies. I was at San Sebastian [Film Festival, this year], and I was there three years ago in the competition, and I can actually feel the trend shifting. At that time, if you were making animation movies they would say: ‘Well, there’s this animation festival that’s separate.’ But I think the borders are really blurred now. And I think it’s a good thing.”

So why does he think this shift is happening and why is anime becoming more and more popular?

“I do actually wonder sometimes why Japanese animations are so popular,” Hosoda muses.

He has an answer, and it has to do with how the artform has evolved: “Back in the day when animation began, animation films were for children, so creators were making children’s movies and TV programmes. So that was the first phase. And the second phase became things that grown-ups can enjoy — but those particular grown-ups are like, say, those who still have the mind of a child, or otakus. So it was a genre. Animation — anime — was a genre of movies.

“And I think the third phase, which is where we are now, is [it’s] not a genre. Animation isn’t a genre, it’s more a method of filmmaking. So it’s not just for children, it’s not a genre, it just is a movie. I think animation movies, recent modern ones, are rich in stories and also have universal appeal [with] a really strong storyline, world and lives. And I think animation creators have [adopted a] more conventional filmmaking method if you like, [in terms of] character development, etc. So I think that’s where we are now and I think that’s why Japanese animation is popular. Just because it has got this universal appeal.”

The Fanbase is Evolving

So the mainstream is cottoning onto the fact that modern anime films and TV shows tell stories that resonate. But does this mean that the avid anime fanbase is disappearing as the films become wider in appeal? Hosoda thinks not. In fact, he thinks their numbers are growing.

“Of course they still exist,” he says. “I do understand both points of view because I was [an otaku] when I was young: ‘This is mine; animation is a genre, this is my genre’. And [I thought] nobody else would understand; it’s a group of us. Grown-ups wouldn’t get it.”

Hosoda, at 51 years old, is now that grown-up, making movies that he wants to appeal to all.

“At the end of the day, I just want people to enjoy my movies, or any animations for that matter,” he says. “When I make my movies, I’m totally aware of the existence [of the anime fanbase] but having said all of that, I think these otaku people… I think there are more of them, and also [that they’re] becoming sort of integrated into the standard moviegoers. They are not that different to how they used to be thought of, I think. But, then again, you don’t want to be making movies for that niche category. And you’ve got to be aware of universal values, and animation, or filmmaking, as an art.”

Hosoda’s attitude towards filmmaking, which puts a universal story front and centre, naturally extends to his chosen method of animation. He refuses to elucidate on what he loves about 2-D hand-drawn animation, the medium in which he works, as a result.

“Again, it’s all about different methods and techniques,” he says. “I mean, there’s the theme of a film, its contents, the message you want to tell. These are the most important things. If you think CG works better then use that. Or if you think a hand-drawn technique is better, use that. It’s not about brand new or old. It’s a bit like, OK, you use your pencil, and there’s an Apple pencil. It’s not about which is better, they’re just different tools. Whether that tool you are using would suit what you are making; which is better? That’s what matters. And I’ve been saying this for about 10 years and people don’t get it and it’s really frustrating.”

Animation across the world, including in the west, has become more and more sophisticated in recent years. Pixar movies are loved by children and adults alike and work on both levels, while breakthrough animated TV shows aimed directly at adults — such as South Park, Bojack Horseman and more — are impressing on the collective western mind that animation can push boundaries. And do so arguably more easily than some mainstream live-action fare. As a result, a wide global audience has been cultivated that’s ready to fully embrace animated offerings from further afield and the resonant stories they’re telling.

In light of all of this, it beggars belief that Disney continues to press forward with live-action remakes of some of their best-loved animated classics.

He explains, “I might feel this strongly because I’m an animation filmmaker but I just think, say [with] Beauty and the Beast, I don’t see any respect to the original filmmakers. I just kind of feel like they just did it for the money: ‘Beauty and the Beast – great… popular… why not do live action? We get more cash.’ And that’s what I don’t like. I think they just really need to pay more respect to the original animations.”

So if Hollywood came knocking and wanted to remake Mirai as a live action film, Hosoda would presumably tell them where to go, right?

“OK, let’s see how much they want to pay,” he laughs. “I want to know, first of all, why they want to make a live-action version. What I’m trying to say is, as I said earlier, animation is a method of filmmaking. It’s no different from anything else and I think the general concept or idea is that live action is better — if you like, major, and animation is like a little bit of a minor player. And I don’t honestly agree with that at all. OK, there are stories that would work better in animation, there are stories which work better in live action, fine. But [in terms of their individual value] I think animation and live action are the same, so I’d really want to know why they wanted to do a live action [version]. Because this is a fantastic animation movie, so why do you want to remake using these people?”

He makes a strong point. Mirai is in UK cinemas now and hits screens in the US on November 30.