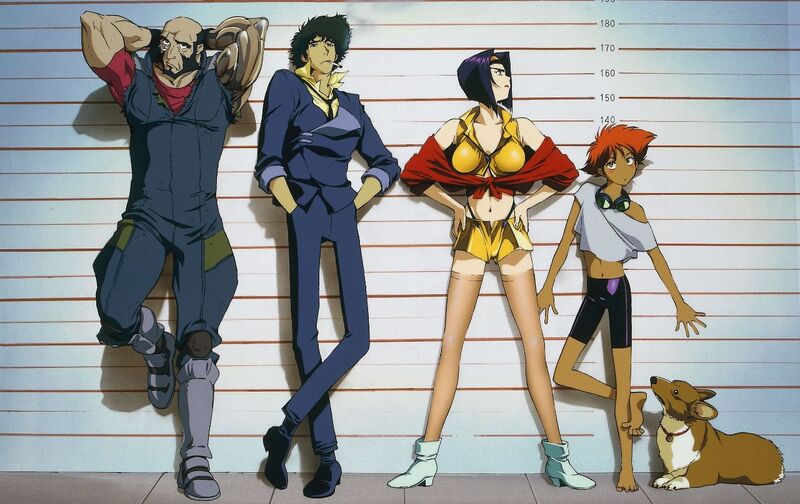 5 Anime to Watch If You Love ‘Cowboy Bebop’

It’s been a little over 15 years since the last episode of Cowboy Bebop aired and, to be honest, there hasn’t been an anime series or a film that has revolutionized multiple genres like Cowboy Bebop did, or that has a killer jazz soundtrack. However, there are some that do come close. Here’s a list of anime that are similar to the popular series regarding theme and feel.

Our main character Vash has a $60 billion bounty on his head – due to him flattening entire cities for fun – which has made it difficult for him to go anywhere without being chased or shot at. Hot on his trail are two insurance agents – Meryl and Milly – that have been sent to find Vash, to stop him from causing any more damages.

Trigun in many ways is similar to Cowboy Bebop. However, it does take the Western theme a little bit further with actual cowboys and bounty hunters or in the case of Trigun insurance agents

Bounty hunters Gene Starwind and Jim Hawking spend their days doing odd jobs on the planet of Sentinel III. However, one day all this changes when a mysterious woman named Hilda hires them for a bodyguard job. In no time flat, they are up to their ears in trouble and now are on the run from the cops, the pirates, an angry alien, bounty hunters, and a mysterious assassin. Though they’ve got one thing going in their favor—they have the galaxy’s most advanced ship, the Outlaw Star.

If you’re looking for a more lighthearted version of Cowboy Bebop than look no further, as Space Dandy is filled with high paced action accompanied with a lot of comedy. Set in the far away future, Dandy the space hunter – his job is to search for undiscovered alien species – has gone too far edges of the universe to search for unknown planets for aliens. Accompanying him are QT a worn-out robot and Meow from Betelgeuse. However, this journey is not without any danger as they are being chased by Gogol Empire’s gofers, for unknown reasons.

The series follows a coyote – a space faring outlaw named Mister, who’s been in jail for almost a year. Ten days before his release his partners Bishop and Katana break him out of jail. The first thing he does is seek out Franka – who has been left in his care by the late Pirate King Bruce. Now they set out on a dangerous journey to find her father’s treasure. However, on their heels are the federal investigators Angelica and Chelsea as well as the Criminal Guild’s android assassins, and Madame Marciano’s Twelve Sisters.

Similar to the other series on our list, Coyote Ragtime Show is filled with adventure and action scenes. Unlike Bebop the series focuses on one story through the entire series.

Set in an alternate Edo period, Samurai Champloo follows the journey of three peculiar individuals – Fuu, Mugen, and Jin – after Fuu saves the two from execution. After rescuing them from certain death, Fuu convinces Mugen and Jin to help her find a mysterious samurai “who smells of sunflowers.” And so their journey begins…

As CowBoy Bebop, the series was also directed by Shinichiro Watanabe. However, this is not the only thing that these two popular series have in common. As Bebop, Champloo is presented as a character-based anime where with each episode you get to know more about the characters. On top of that, both are style-drive where that style is created through music – Cowboy Bebop is Jazz and in Samurai Champloo is Hip-Hop. And not let us forget the central theme of both of these series – they regularly need money.

Although we have only chosen a few anime shows there are many other series that have similar themes as Cowboy Bebop, such as, Black Lagoon, Space Captain Harlock series, Baccano!, and Gungrave.