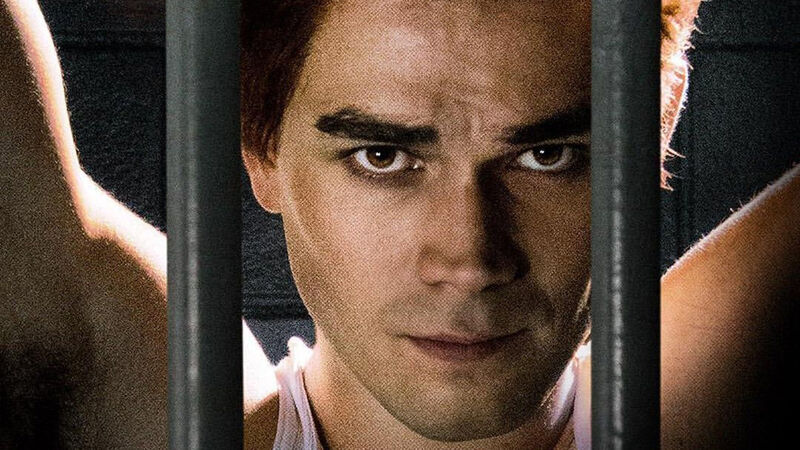 Archie Andrews at 77: The Controversial Evolution of ‘Riverdale’s Redhead Hero

Ladies and gentlemen, please charge your glasses and raise a toast to squeaky-voiced Disney icon Mickey Mouse, who celebrated his 90th birthday recently. But wait, we’re not done yet! Because with December marking the 77th birthday of that other great institution of American comics, Archie Andrews, there’s more cause for celebration. We’ll meet you at Pop’s. The first round of shakes is on us.

With Mickey’s role largely limited to giving out balloons to children at theme parks these days, it is Archie who is perhaps the most relevant to contemporary popular culture. Even if you don’t read comics, you know Archie. The hit TV show Riverdale? That’s the story of him and his friends; Betty, Veronica, Jughead, and the rest. The Chilling Adventures Of Sabrina? That’s the story of his mysterious mate Sabrina, from neighbouring town, Greendale. Before that, his world inspired the 2001 movie Josie and The Pussycats (the greatest teen movie ever made; don’t @ us), the 1969 pop hit “Sugar Sugar”, as well as the still-loved 1996 – 2003 TV series Sabrina the Teenage Witch. It’s an impressive legacy for the perennially teenaged one.

That Archie is even with us, almost 80 years after the character’s debut in Pep Comics issue 22 (the cover featuring superhero the Hangman rushing to save someone being crushed under a giant spiked boot, sporting a not-at-all subtle swastika sticker on it’s sole; this was 1941, remember) is remarkable. That it’s recently spawned a glut of high-quality, progressive modern media, even more so.

Founded in 1939 as MLJ Comics by John L. Goldwater and Louis H. Silberkleit, until a decade ago, Archie Comics largely told stories of a time in America’s past that was considered to be wholesome and less complicated. Milkshakes and apple pie. Friday night lights and standing for the flag. Goldwater, an orphan who hitched his way across American via freight trains during the Great Depression, once told The New York Times that “Archie is basically a square, but in my opinion, the squares are the backbone of America… [and] strong families.” It should come as no surprise to hear that in 1954, Goldwater played a major part in creating the Comics Code Authority, the self-regulatory organization who strove to police the use of sex and violence within their industry. He served as president for twenty-five years.

Based on the Andy Hardy movie series (the massively popular family drama which spawned 16 movies between 1937 and 1958, all with Mickey Rooney in the lead role), by 1973 Goldwater had even negotiated a deal for Archie and his friends to appear in a series published by Spire Christian Comics. Artist and born-again Christian, Al Hartley, drew 19 of them. In one, Archie manages to convince a hippie to give up the counterculture and embrace Christianity. Archie, it must be said, has come a long way since then.

It’s been a hard-fought battle though. 1983 saw Goldwater and Silberkleit retire. Their eldest sons, Richard and Michael, subsequently took over. So committed to preserving the wholesome world their fathers had created, as recently as 2005, the company filed a trademark lawsuit against Australian pop duo (and Archie superfans) The Veronicas (the band taking their name from one corner of the decades-long Archie, Betty, Veronica love triangle). Co-CEO Michael I. Siberkleit went on record to state, “The importance is the image of Archie, which everybody knows is good, clean, wholesome stuff. Without that image, we’re nothing.”

Things started to change in 2009, when Goldwater’s youngest son, John Goldwater, took on a combined CEO/publisher role. A former music executive, Goldwater Jnr. recognised the enduring brilliance of his father’s creations, but knew that the worlds in which the characters stories were inhabiting were of diminishing relevance to the real world where they were trying to be sold within. In 2010, the company launched the Archie Comics app. The next year the company became the first large-scale publisher to time digital releases of comics the same day as their physical counterparts. And then the risks really began.

September 1, 2010, saw the introduction of Archie’s first ‘out’ character, Kevin Keller. The characters first appearance, in issue 202 of Veronica, was so popular that the issue sold out, resulting in Archie Comics’ first ever reprint. Not so much a risk as an overdue righting of a wrong. But get this. By 2012, Kevin had got married, to Clay Walker. It’s shown in issue 16 of Life with Archie: The Married Life, published in January 2012. Later, Clay gets shot in a robbery. Kevin runs for senate to campaign for stricter legislation on gun control. Later still, someone attempts to assassinate Kevin, who’s now become a senator. Archie saves him. Archie is shot. And then, in 2014, Archie dies.

Unsurprisingly, not everyone approved of such seismic changes in the Archieverse. Technically, John Goldwater shares his CEO role with Silberkleit’s daughter-in-law, Nancy, who is very much a subscriber to the way things used to be. There have been lawsuits by employees accusing her of bullying. It’s been revealed that she employed a spy, Jim Paget, to obtain dirt on employees (with Paget later turning against her in court). There are accusations she wanted to destroy the company.

“While World War II, the Korean War, the Vietnam War, and the wars in Iraq and Afghanistan did not stop the publication of Archie Comics,” said one suit filed against her, “the war-like attitude and approach of Silberkleit may destroy Archie Comics unless the court intervenes.”

At the time of writing, she’s effectively been forced out.

What remains is an adventurous, progressive-minded company. Once described by young Goldwater as being “more versatile” than Superman, the view is that there are few stories that Archie and friends can’t star within. Inspired by the late EC horror comics of the 1940s and 1950s, the Archie Horror imprint has so far published the brilliant Afterlife With Archie (Riverdale is attacked by zombies!), The Chilling Adventures Of Sabrina (which, unlike the TV series, is set in the 1960s), Jughead: The Hunger (Jughead is a werewolf!) and, earlier this year, Vampironica (Veronica is a vampire!).

The Future is Bright

The principal Archie comic got rebooted after 650 issues in July of 2015, bringing in writer Mark Waid – whose work on Daredevil and Kingdom Come had earned him much affection within comics fandom – as well as Saga artist Fiona Staples. Jughead got a new (very funny) comic. As did Kevin (in digital only form). And Betty and Veronica (a best seller). Riverdale jock Reggie Mantle even got one, entitled Reggie and Me, which tells Reggie’s story from the perspective of his pet dog, Vader.

And then in July of this year, the New York Times reported that there are three new Archie Comics TV adaptations on their way. One is a new animated take on the lead character, an idea tried frequently prior, never with much success, though hopes are higher in this new climate. The other is an animated version of Josie and the Pussycats. And the third is a live-action adaptation of the private detective character Sam Hill, a character who has barely been seen for a few decades within the pages of the comics.