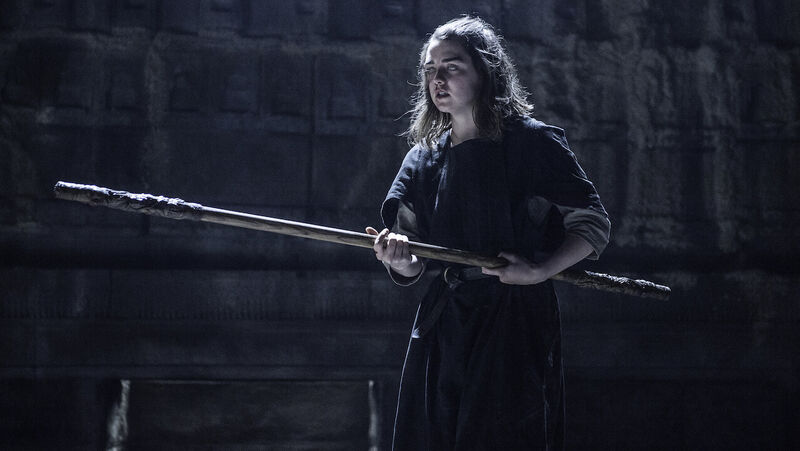 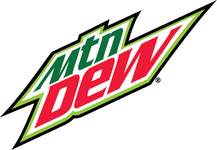 While all the Stark children have seen their respective worlds spiral into trauma and violence (or even their own death) following the King Robert’s fateful visit to Winterfell, Arya’s transformation over the years is arguably the most shocking.

It can be said that Ned’s kids – and we’re including Jon Snow here – were forced to come face to face with a perverse, funhouse mirror-version of their own fondest wish. Sansa wanted to marry a handsome prince and live in a castle. Bran wanted to climb to great heights and see all around him. Jon wanted to have a cause, a purpose, and to feel needed by others. And Arya wanted a life of adventure. Drawn to swordplay, and displaying an acumen for archery and weaponry that overshadowed her brothers, Arya knew early on that a non-traditional Lady-like life was not for her.

But what she got, like most of her siblings, was a Monkey’s Paw version of her heart’s desire, and the arduous journey she’s endured managed to strip away her sense of identity in order that she could be rebuilt. Here’s how Arya managed to shed herself and get lost within a swirl of wrath and revenge, only to be reborn as Winterfell’s smirking shadow.

The first wickedly harsh element Arya had to confront when her “adventure” began was death. In all forms. From the traumatic tableau of her father’s execution to the stable boy she accidentally-on-purpose stabbed, to the presumed fate of her instructor Syrio Forel. Arya was thrown into the deep end of Death – which many in the realm, including Syrio, viewed as an actual deity. To either serve or avoid.

Arya’s terrifying transformation began when she found herself surrounded, and beset, on all sides by death. When this happened, an unwitting partnership was formed, and Arya’s dance with death, her initiate intertwining with the great beyond, would push her into an existential existence that’s only rivaled by Bran’s foray into foresight.

The next part of Arya’s treacherous trek involved the complete and utter disavowal of her self. At all times, she had to be someone else. At no point could she be Arya Stark. Helpless, Arya had to remain hidden during her journey back home, and it was here that she began to accept, and enjoy anonymity.

Though traveling companion Gendry would figure out who she was, everyone else hadn’t a clue, thus giving Arya her first true taste of “hiding in plain sight.” It was a trick that gave her unexpected thrills. While posing as Tywin Lannister’s water boy, she got within close killing range of her family’s arch-nemesis. Arya was getting more comfortable being someone else while also realizing that ditching her dynasty opened up new destinies. And the potential for revenge.

So far young Arya had been inundated with death and forced to lose all aspects of her former self. Now throw in her comforting lullaby. The mantra she used to calm her restless soul at night when her head hit the damp rocks of the Riverlands. A list of people to kill. Everyone she knew had done murderous wrong against her family. From Cersei on down to the nasty knight who killed Syrio.

Arya had an agenda, and her agenda was death. At this moment, her future plans to kill evil-doers synced up with death’s diabolical design. But this was Arya’s list. Arya’s hate. It was the only part of her former self she still clung to. The only aspect she allowed to survive the crushing crucible she’d endured. What would happen if she had to choose between being a servant of death and a Stark avenger? Well, that’s to come…

Arya would seemingly stumble upon the answer to all her murderous prayers in the form of Jaqen H’Gar, a Faceless Man from Braavos, who rewarded her kindness by killing off three people of her choosing, quite effortlessly.

The Faceless Men, simply put, are death-dealers. Assassins who consider their killing a form of service to the Many-Faced God, which is what they call Death. Any form of death is their kink. Whether they’re paid to kill a heinous person or a kind and gentle soul, it’s all done to honor their ghoulish god.

After Arya arrived at The Twins to see the aftermath of her family’s vile murder, and then at The Eyrie, to learn that her aunt had died, she gave up – and gave in to Jaqen’s offer to train her in the House of Black in White. Arya decided “Arya” no longer existed, and dove into death extremism.

In Braavos, Arya sought refuge, and tutelage, within the House of Black and White. There she’d have to make the ultimate choice: Give up being Arya Stark forever in order to become a brutal blank slate who honors only death or return back home to Westeros, a place that assuredly held nothing for her but pain and anguish.

Arya understandably struggled. As much as she was willing to embrace the liberating thrill of reinventing herself, she couldn’t cut ties with her past. Not only did she hide some of her personal effects, like her sword Needle, but she blatantly defied orders in order to kill someone on her own list. After roughly running afoul of Jaqen, who himself wasn’t even a real identity but a placeholder for the cult’s many malleable members, Arya realized she couldn’t be the nameless “no one” the Black and White life required.

With cunning skills, a lithe lethality, and the Faceless Men’s many tricks up her sleeves, Arya returned to Westeros – not fully no one, but also not yet ready to be Arya. After dispatching the Freys off her list, she made her way towards King’s Landing where her ultimate prize awaited: Queen Cersei.

So what then made her turn back to Westeros and abandon an assassination? A call from the distant past, of course. Jon Snow was still alive, she’d hear, and Winterfell could once again be her home. Now back with Sansa, in her family’s fortress, a haunting question stands firm: Can Arya truly be Arya again?

It’s clear that, despite running into Hot Pie and Nymeria, and other touchstones from long ago, she’s willing to take a stab at her old life. But will it take? She’s come back changed, for certain, but has she already resigned herself to death after having dealt so much of it? Then again, she also tried denying herself and shedding her skin and that didn’t hold either.

Now she’s caught between worlds. In basic terms, between life and death. When Ned once told her she was destined to marry a high lord and birth many sons, she replied: “No, that’s not me.” But is she so far gone now, down a path of revenge and reckoning, that her only other option is a suicide mission to the Red Keep? Let’s hope Arya’s able to balance the light and dark within her.