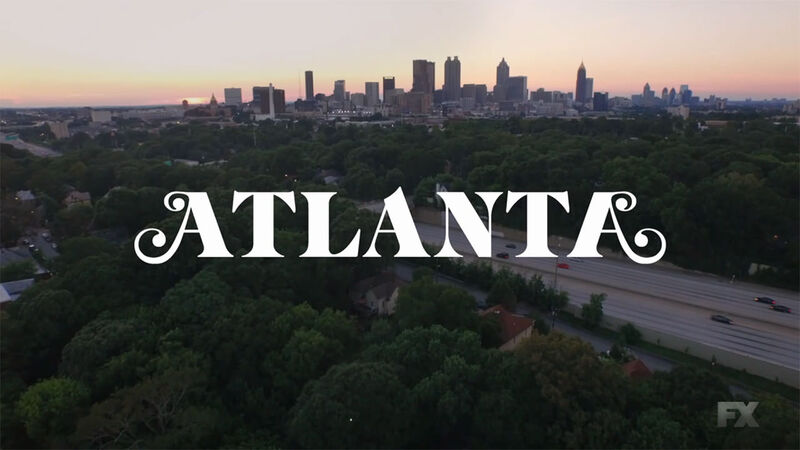 ‘Atlanta’ Recap and Reaction: “The Big Bang/Streets on Lock”

Atlanta (which airs at 10pm on Tuesdays on FX) is getting a lot of hype, and for good reason. The new series, written by and starring Donald Glover, is funny, brutal, and surreal. If the series continues to be as good as its premiere, it’s a contender for best new show of the year.

Glover is best known as his rap alter-ego Childish Gambino or as Troy from NBC’s Community. Atlanta channels more of the former than the latter, though Glover has yet to rap onscreen. In interviews, Glover has described Atlanta as “Twin Peaks for rappers”, and the description fits.

On paper, Atlanta tells the story of cousins Earnest (“Earn”) and Alfred (“Paper Boi”) as they try to become famous rappers in Atlanta’s booming hip-hop scene. While the cousins’ rap careers are certainly the main plot thread, the show is deeper than that. In the first two episodes alone, Atlanta tackles mental health issues, police brutality, homophobia, and systemic racism.

The first episode opens with Earn and Paper Boi (Brian Tyree Henry) getting into a confrontation with a couple who just broke the mirror on Paper Boi’s car. Paper Boi draws a gun while Earn tries to de-escalate the situation. While it’s a tense scene, there’s a lot of dark humor in it. A passerby starts yelling “Worldstar!” and Earn shouts “don’t do that to us.” (Worldstar Hip Hop is a website known for videos of people getting into fights.)

Without showing how the conflict ends, the scene cuts out. The next scene depicts Earn and his sort-of girlfriend Vanessa. The two almost share an intimate moment but Earn ruins it by laughing when she tells him to tell her he loves her. The relationship between Earn and Vanessa is clearly damaged. The two have a little girl together, and she seems to be the only glue binding them anymore. Vanessa even asks Earn to watch their daughter so she can go on a date. Ouch.

Earn works at the airport, trying to get people to sign up for a rewards program. He’s clearly miserable. As he and a co-worker look on, an older female co-worker proceeds to get someone to sign up. She then makes lewd gestures, showing off to the two that she’s been successful. It’s funny, a little ridiculous, and the kind of thing that happens in competitive jobs. Earn’s co-worker does tell him about a new rapper named Paper Boi, and Earn decides to check in on his cousin.

Earn gets a gun in his face for his efforts, though Paper Boi’s roommate Darius immediately offers him cookies after he realizes there’s no threat. Paper Boi and Darius live a different kind of existence from Earn. They are forced to be on guard, watching for potential danger. Rappers shoot one another in Atlanta regularly, and these two consider it part of the lifestyle. When Earn tries to ride Paper Boi’s coattails and be his manager, his cousin essentially tells him to go screw himself.

The thing about Earn is that he’s incredibly determined. For reasons yet undisclosed, he dropped out of Princeton. Since then, he’s been staying with Vanessa, but she’s about to give him the boot. His parents won’t let him move back in, either. He’s essentially homeless and needs some kind of success to survive. Paper Boi is his only hope, and he’ll do anything to make his cousin famous so he can make some cash.

Earn has a friend that works at the local hip-hop station that tells him his boss will give new rapper’s music a spin for five hundred dollars. Earn goes around his friend, sneaking into the building and putting Paper Boi’s CD (with cash attached) under the door of the boss’s office. His friend is pissed, but Paper Boi ends up on the radio.

The episode comes full-circle, returning to the argument in front of the gas station. This time, however, Earn grabs the gun. The confrontation apparently ends in a shooting, and Earn and Paper Boi are arrested. The jail offers some of the premiere’s funniest and most heartbreaking moments. While Paper Boi is processed and released almost immediately, Earn ends up staying for quite a while. The waiting area is almost like the one at the DMV. It’s a unique kind of hell.

Earn’s stay in the jail lets Glover dissect issues in the black community one right after the other. A man complains to him about his arrest for public intoxication despite only having two beers. A man hits on his ex-girlfriend and others in the waiting room point out that she is clearly “a man”. A mentally-ill man walks around singing, drinks toilet water, and is then brutally beaten after spitting said toilet water on an officer.

There’s humor in all of this, the mentally-ill bit excluded. The man who complains about the charge for two beers blames his old friend who convinced him to drink on the porch. The friend is in there, too, one row up. He tries to apologize but his friend isn’t having it, and the two have a brief exchange that’s hilarious. While the other man flirts with his ex-girlfriend and then defends his sexuality, Earn sits between them. He offers to move several times but the man keeps telling him to stay put. His awkward faces and attempts at calming the very angry man are great. (“Sexuality is a spectrum…” he offers.)

Atlanta features television’s most realistic portrayal of black culture. It also features the city in depth, and nails the way parts of Atlanta look and feel. One scene featuring a man babbling to Earn on the bus should strike a chord with anyone who’s ever ridden on Atlanta’s public transportation. “Bite the sandwich”, he orders Earn. He then gets off and walks into the woods with a dog Earn sees later at the gas station shootout.

There’s definitely a surreal tone to Atlanta, too. It’s a dark fairy tale set in the world of rappers, with elements that seem just slightly fantastical. (The aforementioned dog is a good example.) Whether these elements are representative of Earn’s mental state or whether they’re actually a part of the world has yet to be seen. Either way, Atlanta is worth the watch, and Glover is at the top of his game.