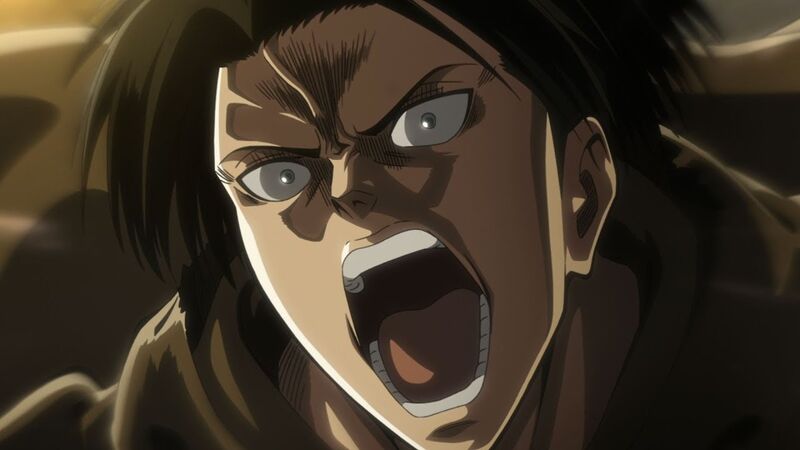 ‘Attack on Titan’: 5 Suspicious Things That Happen in the Season 3 Premiere

SPOILER ALERT: Warning, this article may contain spoilers from the Season 3 premiere of the Attack on Titan anime. Proceed at your own risk.

The third season of Attack on Titan kicked things off with a cute slice-of-life scene between Eren and his comrades about Levi’s clean freak ways. It was a welcome break from the emotional trauma that dominated the second season. But, as expected, our joy is cut short when a mysterious murder sets off a chain of events that hint at a larger scandal and government corruption.

The only problem is that no one knows who is pulling the strings behind-the-scenes or why. But the premiere dropped a few clues for fans to theorize over. So, put on your Sherlock Holmes hat and prepare to make some deductions. Here are five suspicious things that happened in the first episode of Attack on Titan Season 3 and how they could impact the future of humanity.

When Pastor Nick from the Order of the Walls turns up dead in his room, Hange notices a crucial detail — his nails are missing — which means he was tortured. All signs point to the Military Police‘s First Interior Squad. After all, they were already at the crime scene when Hange arrived.

But who killed him? Hange listed Nick as a chairmaker when she placed him in the Survey Corps’ barracks. With his identity concealed, it’s strange that the First Interior Squad knew who he really was — even if they are investigating his murder.

Still, it’s unlikely that the low-ranking soldiers in the police force are to blame for the murder. They have nothing to gain from killing the pastor. But whoever the murderer is is willing to do whatever it takes to keep the walls’ secrets and to get their hands on Eren and Historia.

However, there appears to be a greater plan at work. The Beast Titan has already proven itself to be an intelligent adversary capable of commanding his own troop. It’s possible that the man inside of him has Titan agents within the walled city.

The New Segment of the Military Police

The first episode of the new season revealed a new segment of the Military Police: the First Interior Squad. We first meet them outside of Pastor Nick’s room in the barracks. But, unlike normal lazy members of the Military Police, this squad is organized, focused, and hold a lot of power.

They take jurisdiction over the Pastor Nick’s murder case, calling it a robbery and murder. But why would they need such high-ranking officers to investigate such a “simple” case? They also know all about Pastor Nick — even though Hange lied about who he was in official documents.

What level of clearance does this squad have? The amount of information they have suggests that they might be a secret organization working for the Central Government or even Beast Titan himself. But, given how previous seasons have gone, it’s more likely that someone within the Survey Corps is a mole.

Activity beyond the walls is suspended and there is a plot in motion to recapture Eren and Historia. On top of that, Erwin is in trouble as well. It looks like someone has the Survey Corps on the ropes. Levi comes up with a plan to protect Eren and Historia, but before they depart, Eren hands Hange a mysterious note.

The note apparently contains bits of the conversation Bertholdt and Reiner had in the forest after capturing Eren. He randomly remembered and decided to write it all down for Hange to decipher. Hange then leaves with Mobilt to rescue Erwin. But what is in that note?

Back in Season 2, we learned that Reiner has a hard time keeping himself together. He often forgets that he is a Warrior and disassociates himself from the horrible acts that he’s committed. It’s also heavily implied that he and Bertholdt aren’t destroying humanity of their own free will. They’re afraid of something. Eren’s note might offer more insight into the Warriors’ mission or bring us one step closer to understanding why humans are becoming Titans.

Food is scarce in the world of Attack on Titan. We’re reminded of this when Sasha steals some rations and each time she drools over a meal. But rations are necessary. Each Titan attack pushes mankind further within the walls. If humanity is to survive, the people in charge have to make sure there is enough food for everyone.

That’s why it’s super suspicious when the Central Government suddenly issues extra rations to everyone within the walls. Initially, it is assumed that this kind gesture is a part of the celebration of the anniversary of the king’s coronation. But in the next scene, a member of the government asks if they’ve given out too much; over 60% of humanity’s rations were distributed.

If that wasn’t suspicious enough for you, then wait until you hear their reasoning for distributing so much. They want to raise the moral of the people to recruit more troops. But for what? The people already love the members of the Survey Corps who go beyond the walls to protect them from Titans. The Central Government could be trying to turn the people against them. And what better way to win approval then to starve your citizens and then stuff their delirious bellies with food.

Fans will remember Kenny from the trailer for Attack on Titan Season 3. It’s clear that he and Levi have a history. In the first episode of Season 3, Levi, who used to live with him, gives us some insight into Kenny’s killer past. Known as the legendary “Kenny the Ripper,” Kenny killed over 100 policemen during his prime.

Now, the notorious serial killer has his eyes set on Levi, and he hasn’t come alone. He has his own squad of policemen at his beck and call. It doesn’t get more suspicious than that. Is Kenny working with the Military Police to capture Eren and Historia? Or have these officers gone rogue? Either way, it doesn’t add up.

Kenny’s long absence led many to believe that he was nothing more than an urban legend. So, why reappear now? It’s possible that Kenny has entered into some sort of plea deal that will allow him to get off scot-free if he disbands the Survey Corps and captures Eren and Historia.