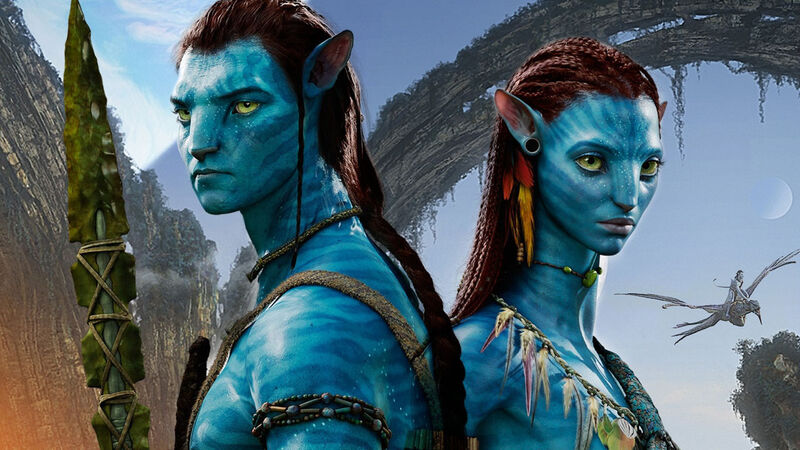 It’s no secret that the four upcoming Avatar sequels, slated for 2020, 2021, 2024 and 2025 releases, are being made as standalone stories. Both producer Jon Landau and director James Cameron have said, however, that the films will also form a connected epic saga. When chatting to Landau about his latest film, Alita: Battle Angel – due out next year – we pumped him for a bit more information about the groundbreaking science-fiction franchise.

Landau reiterated that each of the Avatar sequels is “a whole unto itself”, revealing that it was this that “took us the time in writing the scripts … to make sure that each of the stories completes its own saga.” When looked at as a whole, he says, you have a greater sense of the arc across the stories.

“The analogy that I would make is Episodes IV, V and VI of Star Wars,” he says. “You look at Star Wars, and that movie was a standalone great movie. You look at Return of the Jedi, a standalone. But when you sit back and you’ve now watched all three of those, you get a greater sense of the relationships between the characters and that’s what Jim [Cameron] has really done on the sequels.”

When asked about whether there are time jumps between the films, he simply says, “When you see it, you’ll know”. And as for how Sigourney Weaver’s character, Dr. Grace Augustine, comes back (she died in the first film), he says enigmatically, “In full vigour”.

James Cameron told Empire that the plots of the Avatar sequels are “bitchin’”, adding: “You will s—t yourself with your mouth wide open.”

Landau describes them slightly differently, though no less enthusiastically.

“I think what Jim always does in his movies is he writes in themes that are bigger than the genre. I think when we were looking at what made the first Avatar work was that sense of characters belonging somewhere and there’s no more important thing in that sense than family. And so the sequels are really a family saga. It is the story of Jake and Neytiri’s family, they have kids. And what do they do to keep their family safe and to keep their family together against very adverse odds?” teases Landau.

Avatar 2 introduces us to new character Ronal, who belongs to a race known as the Reef People. She’s played by Kate Winslet, who Landau also worked with on Titanic.

“The Reef People live at one with the water,” reveals Landau. “They’re not fish but Kate had to train to perform scenes underwater and she got her static breath-hold up to over 7 minutes.”

But holding her breath to rival that other famous breath-holder Tom Cruise isn’t the only thing that impressed Landau about Winslet.

A Daughter for Ronal

“Kate came into the process so prepared,” says Landau. “Knowing Na’vi language, knowing the swimming, knowing the this, knowing the that and during the time she worked with us, she raised everybody’s game, it was great.”

Landau reveals that Winslet’s character Ronal has a daughter in the film, a character called Tsireya, played by young newcomer Bailey Bass.

“Kate came and joined us [on the film] after Bailey had been working for a period of time and Bailey was a little bit nervous – ‘Kate Winslet’s coming, now I have to do scenes with Kate as my mother, what’s it going to be like?’” says Landau. “The first thing… Kate was introduced to her and Kate’s like, ‘Let me give you a hug!’ and she just hugged her and it was in that moment that all of Bailey’s inhibitions went away.”

Winslet is clearly making a huge impact on the Avatar sequels, extending beyond her own performance – but we’ll have to wait until at least 2020 when Avatar 2 hits screens to see the fruits of everybody’s labours. So what’s the very latest on where they’re at with production across the four films?

“Capturing, capturing,” says Landau. “So what we’re doing, we’ve completed our capture on 2, 3 and part of 4. And there’s a logistical reason we’re doing that. We’re now in the process of editing and turning material over to WETA Digital for them to work on. Come next year, which is coming up very quickly, we’ll be doing our live-action filming down in New Zealand and that will combine the different worlds that we’re in.”

Landau also talked about practicing what they preach while they complete this phase of the franchise, a film series with environmental messaging.

“We are providing vegan meals for our crew,” he says. “That’s all we’re serving. We’re not forcing anyone to eat there that doesn’t want to. We’re doing it based on a plant-based initiative that we feel is important, not just from a health standpoint but from an environmental standpoint. So we’re saying, ‘Look, if we’re going to cater for you, we’re going to hold true to our values and we’re doing all plant-based catering.’”

Avatar 2 is set to hit screens on December 18, 2020. Meanwhile, Alita: Battle Angel hits screens in the UK on February 6 and in the US and Australia on February 14.