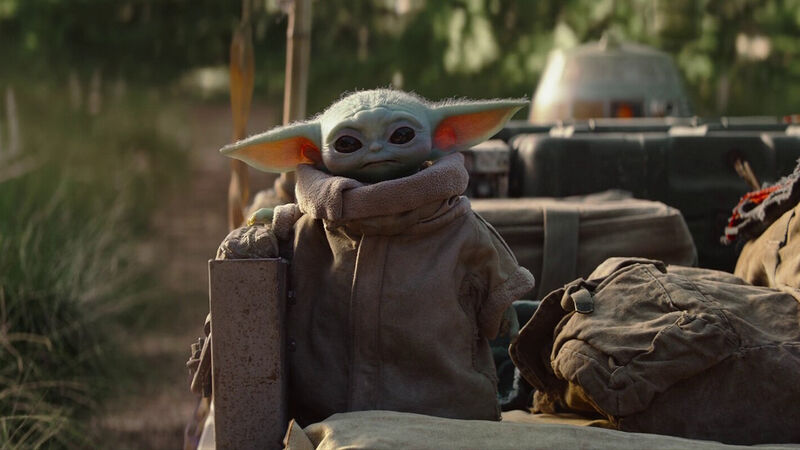 The Mandalorian: A Day in the Life of Baby Yoda

Season 2 of The Mandalorian is almost upon us, meaning it’s time to get reacquainted with everyone’s favourite Yoda-lite toddler ‘The Child‘ ­– because if ever we needed a being to bring balance to The Force, it’s right now. Safely in the care of planet-hopping bounty hunter Din Djarin, Baby Yoda, as we are collectively wont to call him, is an intergalactic being of mystery: no one really knows where he came from, how powerful he is, or even what species he is. He’s like The Littlest Hobo, but in a galaxy far, far away.

What we do know about The Child is that he’s the junior member of a clan of two, he’s Force-sensitive to an alarming extent for a creature so adorable, and he’s got one hell of an appetite. We’ve already rifled through the Mandalorian’s diary with a breakdown of a day in his life, but now it’s time to investigate the daily routine of Baby Yoda. What does an average 24 hours look like when you’re one foot tall, green and one of the most in demand bounties in the galaxy?

Because of the slow rate his species ages, Baby Yoda has a curious sleep pattern: he’s simultaneously 50 years old and a toddler, so it figures he’s a big fan of nap time. He is fond of taking long, luxurious snoozes — more so if he’s suffering from a Force hangover. His travel pod is safe, secure, and soundproof, so when he’s getting cranky he’ll hunker down and rest for several hours at a time.

Baby Yoda will typically wake the Mandalorian from his slumber in the morning by climbing out of his pod and making his presence known by flipping a few switches, which will set off a couple of alarms in the Razor Crest. That usually gets Mando’s attention. Good morning!

What does Baby Yoda eat? There’s not much precedent in the Star Wars universe; rarely do we see Yoda smash through a bag of cheesy puffs before a Jedi council meeting, nor were we ever afforded a glimpse inside Yaddle‘s fridge. So, we’ll have to make a few assumptions on what we’ve seen The Child eat — and on this evidence, his diet is inconsistent, to say the least.

We do know that he’s fond of bone broth, which he’ll happily sip from a bowl while passively observing any drama that Mando might be getting himself into. We also know that he’s partial to the odd passing Sorgan frog, which he will devour whole in one gulp. If he can eat any slow-moving creature that size, he’s probably not all that picky. Let’s just say if you’re a Womp rat and you come across what looks like a miniature Yoda, do not engage.

The full extent of Baby Yoda’s powers is unknown, least of all by The Child himself, who frequently looks surprised at the incredible feats of the Force he displays. Who knows where his powers come from? Legend has it he was born in the same year as that other Force-sensitive soul, Anakin Skywalker. Could Baby Yoda become a Jedi as powerful as he?

To date, we know that Baby Yoda is capable of Force-lifting creatures over a hundred times his size, he can create Force barriers to protect the ones he loves, heal deadly wounds by touching them, and can even Force choke someone if they look at his mates funny. These are the kinds of skill-sets that need to be trained to be perfected.

Under the tutelage of his sensei, the Mandalorian, himself very much a stickler for rules and regulations, Baby Yoda hones his skills every day with a quick session of Force training. At least, that’s what Mando would like to think is happening, given that The Child is unable to talk, communicate, or show any kind of understanding. We’re sure he’ll appreciate it when he’s old enough to see the benefits.

All work and no play makes Baby Yoda a very dull boy — sometimes the little green guy needs to cut loose and have some fun! Of course, that’s difficult when you’re on the run and there are numerous unsavoury characters out to gut you and hang you on their wall. You have to take it where you can get it and be flexible with your definition of the word ‘fun’.

Of course, there’s no soft play in the Star Wars universe (the Death Star must have had some sort of kiddie creche), but Mando’s ship, the Razor Crest, presents all kinds of opportunities for fiddling, tinkering, and mucking about, otherwise. Anything with a knob or a flashing light is basically asking to be messed with. He’ll also take the opportunity for a game of hide-and-seek where possible – even if it is with someone who would kill/kidnap him if he found him, as he does in Episode 6.

He’s a growing… er, whatever he is, so there’s no point having The Child cooped up in his travel pod all day, as convenient a buggy as it is for Mando. At least once a day, Baby Yoda will get out and stretch his stumpy little legs for a bit of exercise, providing that the godforsaken planet they’ve landed on that day has suitable terrain.

Ever since his daring scout bike raid with IG-11, Baby Yoda feels the need for speed and loves to feel his ears flapping in the wind. As long as Mando has enough juice to open his speeder bike up, the pair will happily go for a high-octane ride to while away an afternoon. Anything to see that look on his cute little face.

Throughout their adventures through the darkest corners of the universe, Mando can always be relied upon to provide all manner of assorted playdates for his tiny green ward. Barely a week passes without the two of them meeting new friends, only some of whom seem to want to kill them.

Some are more fun than others. The kids on Sorgan, for example, thought The Child brought some A-grade banter to their backwater planet. Cara Dune and Peli Motto seemed nice enough. He wasn’t keen on the Jawas, or the Trandoshans, or the Twi’leks, or the Devaronians, or the Stormtroopers he met on his travels, but hey, at least no two playdates are ever the same.

Life as Baby Yoda can be tough. Sometimes all you want to do is nap, and eat frogs, and fiddle with knobs, and generally be adorable, but the Mandalorian can’t seem to go more than a few parsecs without getting himself into trouble with gangsters. Honestly, he’s a liability.

So, as sure as the twin suns rise in the East, Mando will inevitably need saving at some point in the day. Whether he’s trying to fend off a Mudhorn, arm-wrestle a shock trooper, or square off against an armed battalion of the Empire’s finest, The Child will find himself getting involved before too long; a little flex of his Force powers later and normal service usually resumes. Time for a nap!