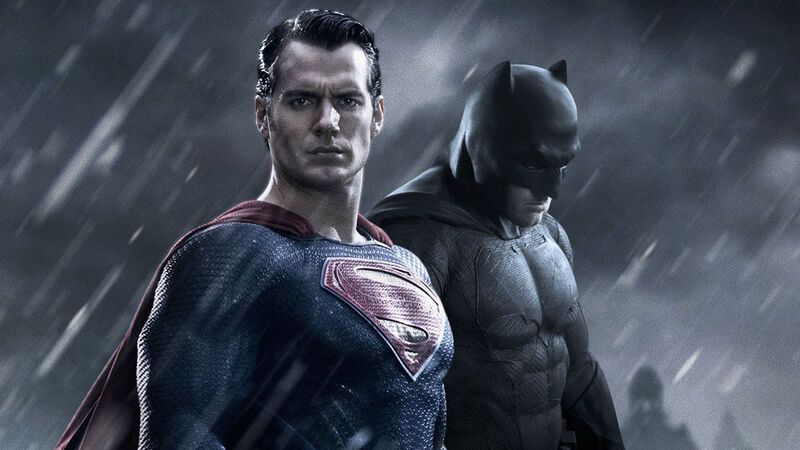 Dolby Atmos is the ultimate audio experience, perfect for bringing the epic action of Batman v Superman: Dawn of Justice Ultimate Edition to vivid life, with moving audio that flows all around you — even overhead — with breathtaking realism.

You may have experienced Dolby Atmos at the movies — it’s installed on 1,400+ screens worldwide. But you can enjoy astonishingly immersive sound at home, too, with dozens of Dolby Atmos Home Theater products, like the Definitive Technology BP9000 Series Speakers.

Other standout options among the ever-increasing number of Dolby Atmos-enabled speakers are the Samsung HW-K950 and HW-K850 soundbar systems featuring rich, deep, and powerful immersive sound that will put you right beside Batman, Superman, and Wonder Woman during their battle with Doomsday.

Explore the Dolby Atmos Home Theater Product Gallery to view more exciting options for bringing the best sound experience available into your living room. And revel in the best of what Dolby Atmos has to offer during these scenes from Batman v Superman: Dawn of Justice Ultimate Edition.

Director Zack Snyder’s choice to show the killing of Bruce Wayne’s parents (again) was met with skepticism — the scene has been a part of nearly every Batman screen adaptation, and some fans are over it. But the scene turned out to be a brilliantly executed moment that introduces us to Bruce Wayne through a dream sequence in which he recalls his parents’ death. We even see the birth of his vigilante persona as he flees his parents’ funeral, falls into a cave, and is raised by a whirlwind of bats. Hans Zimmer’s beautiful score punctuates the moment — it’s his best work in the film. It’s the perfect way to set up Bruce’s POV of the Battle of Metropolis that follows.

Batman finds himself in an apocalyptic wasteland when he’s attacked by an army of black-clad soldiers. Bruce is knocked unconscious and awakens in an underground bunker where he’s confronted by Superman. Dream Supes tells Bruce that he’s not happy with the Batman’s vigilantism before punching him through the chest. Bruce is startled awake in the Batcave by a man in a red, electrical energy swirling around him (spoiler: it’s Ezra Miller’s The Flash). He gives Bruce a cryptic message just as Bruce is startled awake AGAIN. It was all a dream… or was it?

Batman and Superman’s first REAL clash comes at the climax of an epic Batmobile chase sequence that rivals any we’ve seen on screen. Bruce wants to steal some Kryptonite, so he attacks the urban convoy — it’s the perfect scene to showcase the Batmobile’s military-grade outfitting. Part race car, part tank, it speeds through the streets blasting thugs and punching through buildings. It’s a white-knuckle chase until Superman drops the hammer, setting up the conflict to come.

Wow. The scene in which Batman takes on a warehouse full of thugs is, arguably, the best Batman fight scene ever depicted on the big screen. So evocative of Rocksteady’s Arkham game titles, the warehouse fight shows off Batman’s hand-to-hand combat ability in the best possible way. He punches, he kicks, he bodyslams, and he uses all of the tools in his formidable arsenal — batarangs, grappling hooks, etc. — to take down his opponents. It’s utterly beautiful brutality.

Spoiler warning for the film’s final battle. Batman and Superman are, of course, brought together to fight a common enemy, the monstrous Doomsday, in the end. But they won’t have to face him alone. The bombastic action climax kicks into overdrive when Wonder Woman (Gal Gadot) makes her triumphant debut. The Amazonian warrior brings her super-powered combat skills to bear alongside the boys and steals the show.