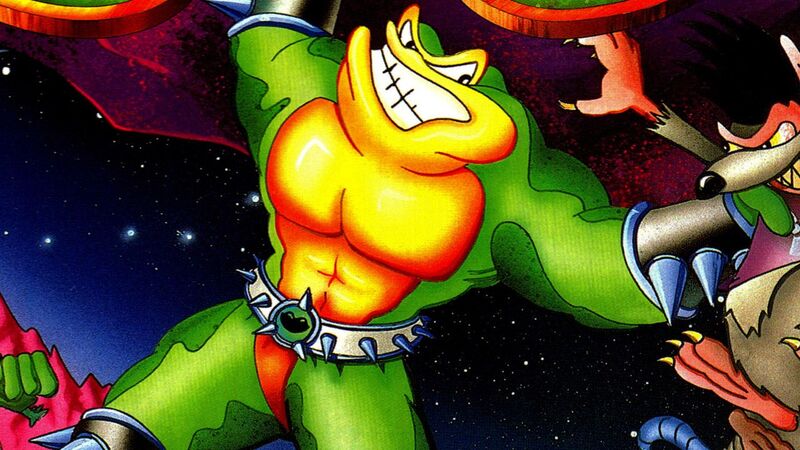 What the New Battletoads Video Game Could Include

If you grew up in the ’90s, chances are you heard of the Battletoads.

Inspired by the wildly popular Teenage Mutant Ninja Turtles, the Battletoads were one of many copycat anthropomorphized cartoon characters. As their name suggests, the toads were amphibians instead of reptiles.

When it was first released for Nintendo in 1991, Battletoads was known for its vivid palette and insane difficulty. Let’s hope Microsoft retains both aspects.

Here’s What We Know

This is the feature we’re most looking forward to. The original game featured two-player co-op (Rash and Zitz could team up to rescue their comrade, Pimple). Three-player co-op is a relative novelty — most games have two or four as options.

Later Battletoads games allowed players to pick from the three toads. We hope each character has unique skills and abilities, as well as combos.

In the original, the Battletoads fists and feet would enlarge at the end of a combo. These exaggerated features only added to the game’s fun visuals and we hope they return.

Here’s What We Hope For

While there was never a Battletoads comic book, the art form inspired the game — as evidenced by the trailer’s speech bubbles and font. We’d love to see our heroes leap from pages (they are toads, after all) into action. Different levels or cutscenes could be accessed via an interactive comic book.

If you’re going to have comic book-style action and giant appendages, you’re going to need destructibles. Lots of them. Titles like Just Cause 4 allow players to destroy the world. Who wouldn’t want to see a giant frog fist take down a wall?

The original Battletoads was predominantly a side-scroller, with a couple of tower-climbs and descent stages. We’d love to see different planes featured in a sequel.

Speaking of side-scrolling, the Turbo Tunnel mission was the bane of many players’ existence. The Battletoads would board a speeder bike that sped across the screen as physical obstacles would materialize upon the path.

The mission was so notoriously difficult that the developers paid homage to it in the E3 announcement. Let’s hope they include it as a homage in the upcoming game.

Another vehicle from the universe was the Vulture, a bird-shaped spaceship that the Battletoads used for transport. While never pilotable in the game, it would be fun to take the helm in some flight missions.

We’ll have to see when the Battletoads game releases in 2019.