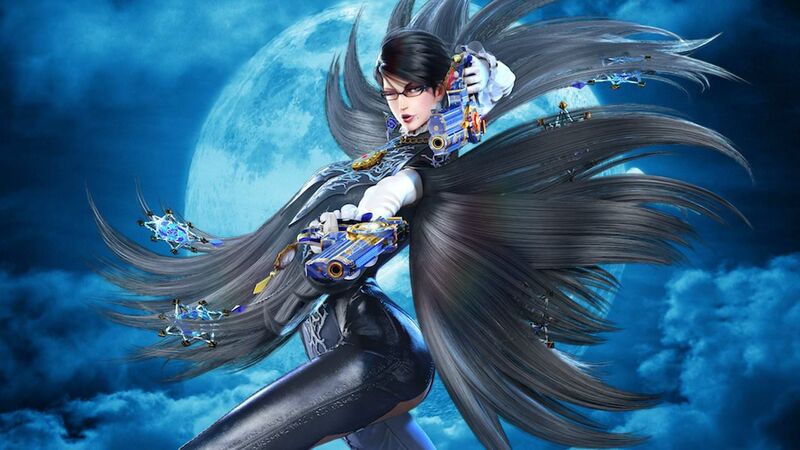 Let’s get this out of the way right off the bat — Bayonetta isn’t a series that’s going to appeal to everyone. Whether you’re put off by its overt sense of sexuality or its borderline nonsensical narrative, these are games that are utterly absurd in almost every aspect of their design.

In a medium where po-faced shooters rule the roost, for some players, these intentionally ridiculous adventures can feel almost obnoxiously jarring.

Yet, while Platinum’s cringe-worthy dialogue and clothe-shedding attacks might make for an (occasionally) embarrassing experience, it’s this gleeful sense of absurdity that makes both titles so hopelessly compelling.

Both entries admittedly have some (totally weird) references to Hollywood, but make no mistake, these are experiences that are completely and utterly unashamed to be video games. Whether its casually urging players to beat hordes of angels to death with their own poles, turning them into a panther and parting the sea, or simply having them kick ass while standing on top of a flying jet, both Bayonetta entries offer some of the most wonderfully over the top set pieces you’ll find in any medium.

Developed by Devil May Cry creator Hideki Kamiya, these insane action games see players taking control of the titular witch Bayonetta, as she fight off hordes of angels who are determined to drag her back to hell. That’s pretty much all the story you need to know.

Playing a bit like Kamiya’s aforementioned genre-defying hack and slash, the Bayonetta games are all about fast and fluid combat. It’s rare to play a game where combat comes together so beautifully, and when it comes to gameplay that’s easy to pick up, but hard to master, there are few better action games than this. Here the order of the day is chaining together spellbinding attacks into never-ending combos.

Naturally then, it’s a series that lives and dies on its technical performance and thankfully both games run far better here than they did on the lackluster Wii U.

When it comes to playing on the go, these Switch ports seriously impress. Unlike on Nintendo’s last console, both titles run at a rock solid 60 frames — even when you’re playing in handheld mode.  With the two struggling to hit even 50 frames on Wii U, this time around, performance is nothing short of flawless.

Unlike many ports on Nintendo’s hybrid console, developer Platinum Games has admirably managed to get both fast-paced titles rendering at full 720p on the Switch’s sharp screen. In fact, when it comes to the handheld mode, you’d be hard-pressed to find a more technically impressive showcase for Nintendo’s little hybrid.

We found ourselves regularly stopping and gaping at just how gorgeous these games look on the go. This is especially true of Bayonetta 2, with the Wii U exclusive’s improved lighting and sharper textures really standing out on Nintendo’s impressive little seven-inch display.

The Resolution Will Not Be Televised

When it comes to TV performance though, it’s hard not to come away a little disappointed. In a bid to save battery, while docked Nintendo’s hybrid has access to significantly more GPU power than it does in its under-clocked portable state.

Yet, bafflingly, there seems to be no noticeable improvement to image quality when playing either Bayonetta game on the big screen. With past Wii U ports like Mario Kart 8 running at 1080p while docked, and even the sprawling open world landscape of Breath Of The Wild allowing players to explore its luscious locales at 900p, it’s disappointing to see these two brilliant games not properly optimised for big screen play on the Switch.

Still, despite the TV resolution being a little disappointing, it’s hard to get too annoyed when playing both of these classics on the go feels so brilliant. If you’re coming to these ports wanting the highest visual fidelity, there’s no question that PC gamers will still be able to experience the ultimate version of Bayonetta.

Yet, thanks to its sequel’s Nintendo exclusivity, this Switch port is by far the best way to play Bayonetta 2 – and it’s hard to complain about a free copy of the original with it.

Is ‘Bayonetta’ on Switch any good?

Ultimately, these are two of the most enjoyable and finely crafted action games ever released. While the lack of meaningful new content or resolution bump is a bit disappointing, if you’ve yet to experience these bats–t crazy but beautiful brawlers, this is the perfect time to discover what makes the Bayonetta series so bewitching.