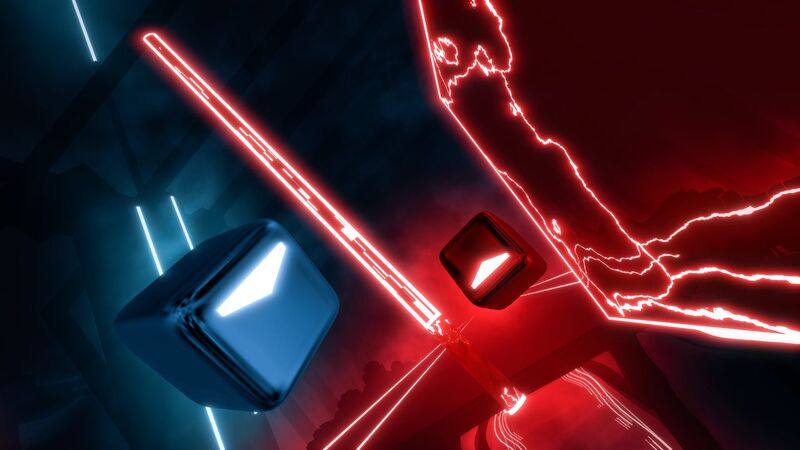 Virtual reality is one of those elusive pieces of technology that either has super fans or super skeptics. The technology has been around for decades, but hesitancy for headsets has persisted. After years of being told we’re sitting too close to the TV set, now we’re strapping screens to our eyeballs, so it makes sense why there is an inherent skepticism toward the devices. However, virtual reality can prove to be one of the most rewarding forms of gaming, and (luckily) you don’t have to travel far to be able to experience a comfortable and affordable headset.

Maybe not everyone is ready to hop into Richie’s Plank on the first go, but there are several ways to get players slowly acclimated and steadily get their “VR legs.” Whether you’re a VR veteran or a curious bystander, these tips are sure to get you off of the couch and comfortably into a headset.

Getting Your VR Legs

The number one complaint about VR is motion sickness. Some call this “simulation sickness” or “sensory dissonance”—it mostly has to do with your brain and body not feeling like they’re working together. Even though a player’s physical body is not necessarily moving, the motion inside the headset can be very disorienting and can sometimes make some players fall down, even if they aren’t actually moving! Fortunately, there are several methods that can help mitigate that woozy feeling and acclimate you to the VR experience.

If you’re newer to VR, it is not recommended to play any game with flying, driving, or any extreme movement—so even though you want to recreate all the scenes from Top Gun in Flight Simulator, maybe take it a little slower. The sensation might be too challenging for the brain and body to reason with. Even a simple walk-around game can throw players into a nauseating spiral.

Instead start small with sit-and-play style games. These games are great for getting used to hand controls without players having to physically move their bodies anywhere.

Games like Moss, ASTRO BOT Rescue Mission, or Keep Talking and Nobody Explodes, are excellent ways to get started, not to mention that these games are incredibly fun. These kinds of games typically only need the player to move their head and their hands.

The goal when starting out is to start slow so the body can get acclimated to motion in a space that isn’t there. Once this is accomplished a player can advance to motion involving the rest of their body.

Vignetting is what happens when a dark circle starts to encroach on the gamers’ view. It almost looks like tunnel vision and is supposed to help with motion sickness in-game. Some games will automatically have this setting on if players can jump in-game, like in Rec Room, but typically it can be turned off in the settings. If the constant motion is making your experience uncomfortable, then turn on vignetting in the settings. Otherwise, this setting can be more annoying than helpful.

The settings section is the number one place to get familiar with when getting into VR. Typically any game or headset will have what’s known as “Comfort Settings,” and will help the player adjust to their style of gameplay. Playing around with these settings is key in gaining maximum comfort during gameplay.

Players usually graduate from seated games to “teleporting” motion controls. However, this can also be jarring in its own way, as teleporting is a point-and-click function that allows players to disappear and reappear in another area. Out of pure opinion, I don’t personally find this method very helpful, but rather prefer players to start slow and use their own movement to explore the space. I recommend players start in a clean IRL space devoid of obstacles (coffee tables, wires, etc.), with games like The VR Museum of Fine Art or drawing games like Tilt Brush that allow players to explore with actual physical steps. As an added bonus, VR Museum is free on Steam. Allowing the body to explore a digital space with your own physical motion helps the brain accept the digital world more easily.

One other setting to pay attention to is the way players turn. There are typically two types of turning: snap and smooth. Another preference-centric opinion, but smooth turning is (in my opinion) the easiest way to get acclimated to VR. Sometimes players can turn by physically turning their head, but I don’t recommend this. Depending on the headset, it might tangle up wires, and can also throw players off balance. Snap turns have a similar effect as teleporting where the transition doesn’t feel natural, and the jolty movement can cause players to be more susceptible to sickness.

Once players become more acclimated, free motion is typically the next step. This motion is usually controlled by a joystick on the controllers and will move the avatar much like on any console or PC pancake game. (The term “pancake game” refers to a game experience on a flat-screen outside of VR.) Once you’ve accomplished this: congratulations, you have found your VR legs! Of course, even when you’re used to VR, it’s still recommended to take breaks and give your eyes and body a rest every once in a while.

More advanced users will be able to use things like VR treadmills (e.g. the Omni or the 3D Rudder), but these types of devices are for players who are very comfortable in VR. Haptic gear helps the gamer experience a more enhanced and realistic feeling and can make gameplay even cooler than it was before. There is nothing quite like getting into a Battle Royale when you have to lock and load the gun manually before the final team takes you out. This experience is unbelievably heightened with haptic gear.

But I Have Glasses!

Not everyone can rock a pair of contact lenses, but that’s nothing to worry about when it comes to VR. The solution to this common problem is quite simple—keep wearing your glasses! Most headsets made nowadays leave space for those with glasses (but depending on the vigorousness of the game being played, it may be best to use a buffer).

Some headsets are sold with a little device that moves the headset further away from your face and leaves room for glasses. These are usually inexpensive Lens Protectors that can be found on websites like Amazon or eBay.

Companies like The VR Optician or the VR Lens Lab will provide form-fitting lenses that fit your glasses prescriptions. These may seem like an annoying additional cost, but it will save gamers money in the long run so they don’t crack their glasses while playing a particularly hard level of Beat Saber.

The other thing to consider is whether the VR headset is up to date. Thanks to the new Oculus Quest headsets there are fewer bits and bobs to keep track of, and it’s incredibly easy to set up. Most headsets come with countless wires and tracking towers that can take ages to set up or make just right. If a player is experiencing discomfort, any one of these settings could be off. However, with Oculus Quest’s inside-out tracking, players don’t have to worry about all the wires and towers. Instead, they can simply pop on the headset and get playing.

The one downside to a wireless, easy-to-use, easy-to-setup headset is that the graphics usually aren’t the greatest. Typically, games for these models will have a resolution similar to what you’d see in a PlayStation 2 or PlayStation 3 game, as it requires less processing power in a stand-alone headset. However, this can be a good way to get started in VR, and a way that won’t outright break the bank for your first headset. But if you are ready for better quality, you might consider investing in an HTC Vive or Valve headset. If you’re practically living in VR there are even more insanely advanced options, like StarVR or the Varjo headsets. These can get pretty pricey, so if you’re new, start slow.

Ultimately, one of the most amazing features of VR is being able to play with other people. During a time where nearly everyone is experiencing loneliness and Zoom fatigue, it can be fun to trick the brain into thinking other players are in a room with their friends. Even if a player is dressed like a cartoon pirate waving a grenade gun in the air, the value of being in a similar space that can be manipulated feels more realistic than any other pancake game. Spaces like VR Chat, AltspaceVR, and RecRoom are excellent games to hang out with friends.

Although I haven’t personally invested in haptic gear, I can tell you that investing a few hours a week to hang out with friends in VR has helped me through the pandemic. Even though I can’t actually feel my friends hugging me or giving high fives, it still feels something close to real as we ride out the rest of this social distancing wave. These games and hangouts have been invaluable for my mental health and socializing. Not only am I getting to chat with my friends, but actively playing or creating something helps me stay in physical shape as well. All that to say, the experience of virtual reality is invaluable and shocking how many people forgo it for totally fixable reason. Take time, slowly acclimate, and soon the virtual world will be your oyster!