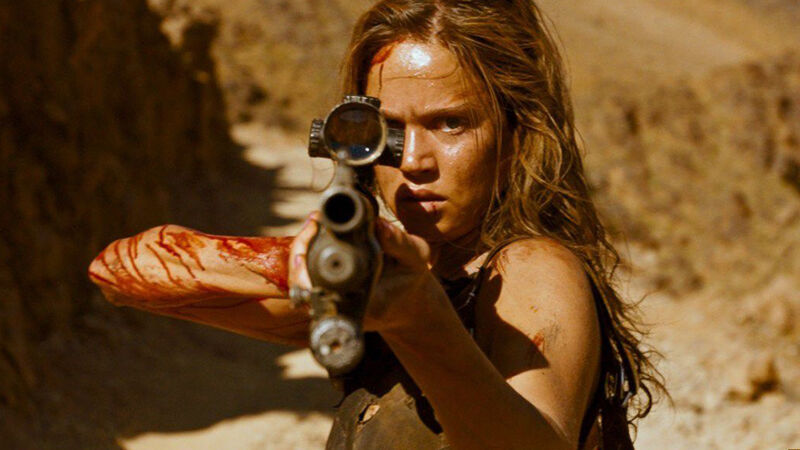 Six months of 2018 have passed, so with it being the mid-way point of the year, we share our pick of the best movies released in cinemas thus far…

Alex Garland has effortlessly segued from top novelist (The Beach, The Tesseract) to skilled screenwriter (28 Days Later, Sunshine, Dredd) to brilliant director (Ex Machina, and if the rumours are to be believed, Dredd). Annihilation is his latest sci-fi opus, which very sadly failed to find an audience in American cinemas, and went straight-to-Netflix in most other territories. Which is a tragedy, as his adaptation of Jan VanderMeer’s 2014 novel is disturbing, terrifying and thought-provoking all at once. The film follows a group of women — played by the likes of Natalie Portman, Jennifer Jason Leigh, and Tessa Thompson — into a mysterious anomaly dubbed ‘The Shimmer.’ Where they are forced to confront both beauty and horror. It’s a complex movie that challenges the audience at every turn. The shocking final few scenes have stayed with me for months.

In amongst this year’s noisy blockbusters was a little rape-revenge horror that was far from quiet. While Black Panther was busy re-writing the rules for big-budget superhero movies, Revenge was brutally subverting a subgenre that often comes under fire for misogyny. Written and helmed by French director Coralie Fargeat, Revenge tells the story of a woman assaulted then left for dead by a trio of aggressively macho men, who survives to wreak her bloody revenge. Fargeat deftly transforms protagonist Jen (Matilda Lutz) from a Lolita-looking, lollipop-sucking would-be ingenue into a smart, wily, determined and unflinching Mad Max-style warrior hell-bent on vengeance. In doing so within a post-MeToo landscape, and in making small but significant tweaks to the format such as dialing back on the traditionally graphic rape scene, Fargeat has created one of the most deceptively simple and ferociously powerful films of 2018 so far.

I must admit I had fallen behind in the Marvel Cinematic Universe and recently had to catch up on the most recent iterations from home. But I couldn’t be more grateful that Black Panther was my return to visiting the MCU in an actual movie theater because the experience was hypnotic. The film looked and felt different than other superhero flicks and the energy in the audience was palpable. I fell in love with the characters, I fell in love with the story, and I fell head over heels in love with Wakanda. Without a doubt one of the best movies of 2018 so far, you can be certain I’ll never miss a Marvel movie in the theater again.

Joaquin Phoenix delivers one of the most terrifying, tragic, and disturbingly human performances of his entire career in this subversive thriller from Lynne Ramsey (We Need to Talk About Kevin). This isn’t an easy film by any means — the subject matter involves kidnapping children for the most nefarious of reasons — but it cuts through any pretentious philosophizing and explores ideas of depression, loneliness, and justice in ways that are going to hit too close to home for some viewers. If you’re willing to go to some of the darkest corners of the human mind, You Were Never Really Here is a necessary watch that will refuse to leave your brain.

Avengers: Infinity War was a rollercoaster of a film and easily one of the best movies in the superhero genre ever made. It started out with the death of two major characters and only continued to bring the heartache. And yet, despite the serious tone of the film, it was absolutely hilarious. From Captain America meeting Groot and saying “I am Steve Rogers” to Star-Lord lowering his voice to mock Thor, it was so funny. It was thrilling to see so many characters team up together, like Rocket, Groot, and Thor’s journey to Nidavellir. The film was also visually stunning, especially in the cosmic realms, and that Red Skull cameo blew me away.

In a year spattered with reboots and sequels, Paddington 2 achieved a rare thing and arguably outdid its predecessor. Released just in time for Christmas in the UK — hitting US screens in January 2018 — it was the fuzzy festive treat we needed. Every moment is filled with gorgeous colours, romanticized British charm (the pop-up tea room in the prison was a highlight) and moral lessons, all wrapped up in a warm hug. Hugh Grant’s scene-stealing performance continued to prove that he’s much better at playing comedy villains than romantic heroes, while Ben Whishaw melted our hearts all over again with his unwaveringly optimistic portrayal of the marmalade-loving bear. Bring on Paddington 3.

British horror Ghost Stories proves one thing – that films can be scarier when the worst horrors are left to your imagination. Coming from the mind of Andy Nyman (who stars, writes, and directs), Ghost Stories follows a professor who attempts to debunk supernatural phenomena as he investigates three paranormal cases.

Individually, each case is full of suspenseful horror which expertly builds up the tension until the genuinely frightening reveal. There is only a brief respite before the film moves onto the next section; while the film does not have a breakneck pace, there is little time to rest before diving into the next part of the story. Ghost Stories plays on our deepest fears, making it one of the best horror films in recent times.