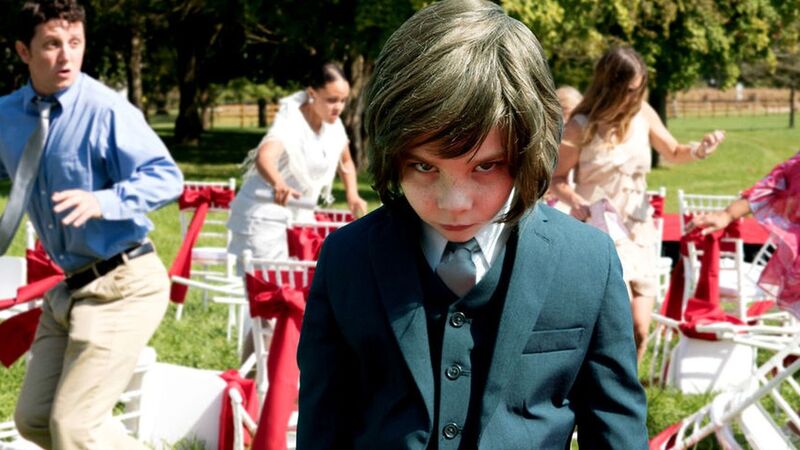 Halloween has arrived, boos and ghouls. While we sit here and make terrible puns, everybody’s favorite streaming website is upping their scary movie quota. From ghosts to aliens, here are our picks for the best movies to watch on Netflix this Halloween.

In John Dies at the End (spoilers?) “Soy Sauce” is a new street drug that transcends space and time. There’s just one tiny caveat: its users don’t come back as human.

The found footage genre goes meta in The Houses October Built. A camera crew sets out to find the most extreme haunted house in America, and well, they find it.

In last year’s Blumhouse horror thriller, Hush, a deaf writer goes on a retreat in a secluded cabin in the woods when she is stalked by a sadistic masked man.

Australian horror movie, The Babadook, tells the story of a widow whose son finds a weird and creepy pop-up book. The mother starts seeing strange stuff in the house and things go downhill from there.

An adaptation of Anne Rice’s The Vampire Chronicles series, the Queen of the Damned film stars the late Aaliyah as the titular vampire Queen who joins forces with another sexy vampire guy with hopes of taking over the world.

If you prefer your horror with some chuckles, the Netflix Original movie Little Evil stars Adam Scott as the new stepfather to a boy who could be the Antichrist.

Ready for a Halloween marathon? You can’t go past the Saw series. Follow the increasingly creative and sadistic splatterfest of the franchise’s lead serial murderer the Jigsaw killer in preparation for catching the latest movie in the series now in cinemas.

From Rogue One director, Gareth Edwards, the sci-fi horror movie Monsters is set six years after an alien invasion when a photojournalist and American tourist find themselves wandering through an infected zone in Mexico, full of giant monsters.

In case you haven’t already seen it, Jaws is a classic must-watch Halloween horror movie. After a shark wreaks havoc on swimmers at a beach resort, the local sheriff, a marine biologist, and old seafarer team up to hunt the creature down and stop it from murdering again.

This masterful psychological thriller, The Invitation, stars Tom Hardy-lookalike Logan Marshall-Green as a man teetering on the edge. When his ex-wife and her new husband invite him to a dinner party, he is soon convinced that his invitation was extended with a hidden agenda.

A version of this article was previously published on October 14, 2016.