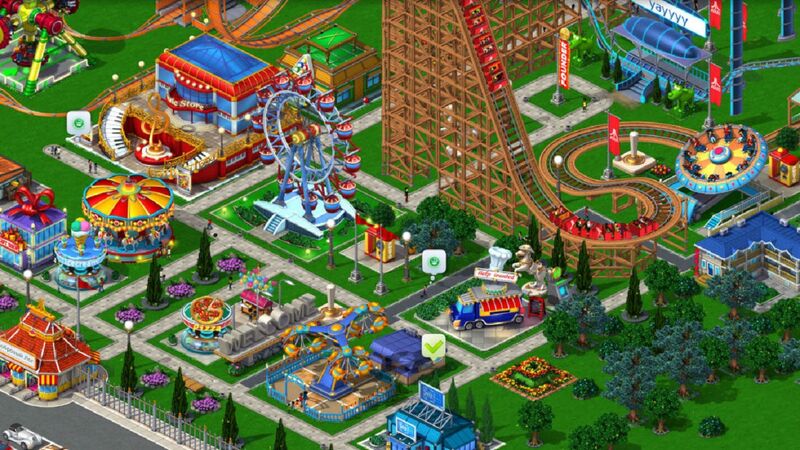 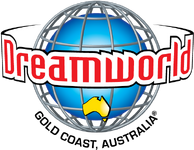 If you’ve been itching to get back on the thrill rides of your favourite park, there are still a fair few options available to you. There’s no end to the number of virtual theme parks you can build, explore, and create chaos within right from the comfort of your very own living room.

Video game theme parks have a long and proud tradition going back to the early 90s when you could barely make out what exactly you were playing.

Arguably the OG of the theme park video game genre, Theme Park (1994) was the amusement park take on those immensely popular simulation games that dominated the late 90s and early 2000s.

You start off with a bit of land and some cash and try and build yourself the most profitable theme park you can by adding in different rides and attractions. The aim is to tread the fine line between keeping people happy, making sure the staff don’t go on strike, and taking care of the rides so they don’t explode. All the while, you’ve got to keep bringing in cash to build bigger and better attractions.

It was a serious, weekend-sucking game and spawned the bigger, and better sequels Theme Park World (1999) and Theme Park Inc (2001) – of which Theme Park Inc was definitely the better game but neither quite matched up to the fun of the original.

The RollerCoaster Tycoon series is the spiritual rival to the Theme Park games and definitely the more popular since there are still games being produced under the RollerCoaster banner.

The original RollerCoaster Tycoon laid the foundations for the series and became the best selling PC game of 1999. The game really got into its stride however in RollerCoaster Tycoon 3 which gave players the freedom to step away from the challenges and just free build their own theme park world.

Through the CoasterCam, players could ride their own creations from the perspective of a guest and also build synchronised firework displays throughout the park. The latter was definitely used to nefarious ends, with much of the fun of RCT3 coming from raining explosives down on the guests.

An awesome offshoot of the Jurassic Park franchise in which players could design and run their own dino world in which things never quite went according to plan. It works pretty much like the other simulation theme park management games in this genre, but with all the action centred around dinosaurs. What’s not to like?

Players can create their own attractions and viewing areas for over 40 dinosaurs whose needs all need to be met like hunger levels and environmental satisfaction. The game would regularly throw curveballs at you like power failures and storms that would break the enclosures (if the dinos themselves didn’t already break them) and release the dinosaurs onto the unsuspecting public.

It was a tonne of fun and those guests only have themselves to blame for attending what is notoriously an accident-prone theme park.

Basically a 2018 update of the RollerCoaster Tycoon series but in all the best ways. It was born out of a Kickstarter campaign, showing that there is simply no end to the appetite for these kinds of games.

It looks great and plays super well with the added challenge of keeping your staff happy with a whole “back-of-house” section to look after. Shops have to be stocked, staff have to rest, and they can even be trained at their jobs to make a better overall experience for the guests.

It’s a slick and, of course, devilish game. Being born out of the internet, Parkitect leaves you with a tonne of options for throwing guests off of rides and generally causing chaos throughout your own park.

The game does away with all of the excess parts of theme park management and focuses and what we’re all here for which is twists, turns, and loop-the-loop action on our very own roller coasters. It’s so in-depth we wouldn’t be surprised if this game can be used to build out real-life rides. There are so much planning and detail involved that it makes you feel like you’re really in charge of getting people through the ride safely.

Not so much a ‘smash things and torture people’ sim as with the RollerCoaster Tycoon series which, let’s be honest, is largely why people play those games. If you’re looking for a legit roller coaster sim, No Limits 2 is the game for you.

This game has serious nostalgia vibes for anyone who was into the sim-game craze and seems to draw a lot on the old Sim Safari game. The premise here is building and maintaining a super realistic animal park where the guests and the animals have to be kept happy.

You design your own enclosures, pick from over 90 different animal species, and then bring in guests to view them through monorails, boats, and trains. The game has a big emphasis on animal welfare and environmentalism with 10 different endangered species to play with, their own breeding programmes to navigate, and protestors turning up if you don’t get it right.

Built by the developers of Planet Coaster and Zoo Tycoon, it’s pretty much a mashup of those two experiences and a very relaxing way to spend a few hours building your own animal dream world.

These school holidays head to Dreamworld to ride some of the coolest thrill rides in Australia. From the giant drop, to the claw, and epic The Gold Coaster rollercoaster, Dreamworld has it all.