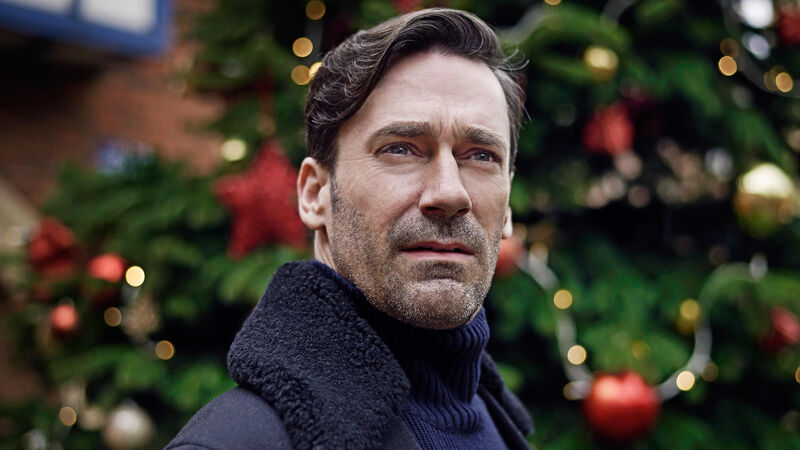 ‘Black Mirror’: The 5 Most Horrifying Moments

English writer Charlie Brooker is known for his blistering satire. But of all his satirical writing for television, Black Mirror may be the most searing. Brooker created this techno-horror anthology for Britain’s Channel 4 where it aired between 2011 and 2014. After garnering acclaim in its native Britain, Netflix acquired the U.S. streaming rights for the show. From there, it took off. It did so well on Netflix that the streaming service commissioned six more episodes of the anthology. And though the new episodes skew a bit more toward American sensibilities, they still deliver the deep shocks that make Black Mirror so uniquely unsettling.

Read on to see which moments horrified us the most, but beware of spoilers!

This episode, directed by 10 Cloverfield Lane‘s Dan Trachtenberg, is one of the show’s simpler premises. Cooper (Wyatt Russell), a broke American tourist, needs some quick cash. Stranded in the UK, he signs up to be a guinea pig in the labs of a famous game developer. All he has to do is turn off his cell phone, sign some paperwork, and receive a temporary implant. Brooker loves stories about implants, and “Playtest” one is one of his most directly frightening. As Cooper’s augmented reality “game” grows more and more hostile, the episode eventually reveals that the playtest was nothing more than a Jacob’s Ladder-esque flurry of hallucinations in Cooper’s dying brain. The reason for his death? He forgot to turn his cell phone off, and his mom called right as they activated his implant. He dies screaming “Mom! Moooom! Mooom!” in a heartbreaking climax.

Black Mirror‘s Christmas special is a feature-length anthology unto itself, structured around Joe (Rafe Spall) and Matt (Jon Hamm) who seem to be coworkers having a conversation in a research station somewhere in the Arctic. But between the stories they trade, the kitchen set around them starts to look oddly familiar. It starts off with industrial, stainless counters and appliances. But by the episode’s climax, it looks more like a cozy cottage. More specifically, it resembles the cottage where Joe murdered his ex-father-in-law. In a gut-wrenching twist, the episode reveals that the “research station” has been a virtual reality, designed to help Matt wring a confession out of a digital copy of Joe’s consciousness.

This is one shocker of a series premiere. When a young English Duchess (Lydia Wilson) is kidnapped, the conditions for her release are highly unusual. Instead of demanding money, The Duchess’s kidnappers demand that the Prime Minister (Rory Kinnear) must engage in “complete” intimate relations with a pig. It must be broadcast live, on all British television networks. In the short span of a few hours, the Prime Minister and his staff scramble to find a solution. But to the country’s complete disbelief and horror, the Prime Minister complies. After it’s all done, the show throws a mean hook. The kidnappers had released the Duchess 30 minutes before the Prime Minister began his terrible act. Why didn’t anyone find her lying unconscious in the streets of London before the broadcast began? Because they were all glued to their television sets, eagerly awaiting the horrorshow.

In this episode, young couple Martha (Hayley Atwell) and Ash (Domnhall Gleeson) move into Ash’s childhood home. But Ash, a distracted social media addict, crashes the moving van and dies an untimely death. To help Martha cope with her grief, a friend signs her up for access to a software beta that uses Ash’s extensive social media activity to talk exactly he does. After her initial revulsion with the software, Martha eventually warms to it. But when Martha orders a robot in Ash’s image, things take a turn for the very, very creepy. The robot shows up blank-faced, vacuum-packed, and covered in slime. Ick.

As we near the U.S. Presidential election, this episode from the second series hits way too close to home. In this particular near future, a British late-night show uses a foul-mouthed animated bear named Waldo to interview unsuspecting politicians. But behind Waldo’s blue, animated face is Jamie, a bitter comedian. When Waldo-on-the-street prank on a Conservative MP candidate goes viral, Jamie soon finds himself — and Waldo — involved in official debates. Waldo’s vulgar iconoclasm eventually grows beyond Jamie’s control, and a cartoon suddenly becomes a political candidate. The episode’s final moments show Jamie homeless, living in a Blade Runner-esque dystopian future where Waldo’s image is everywhere he looks.