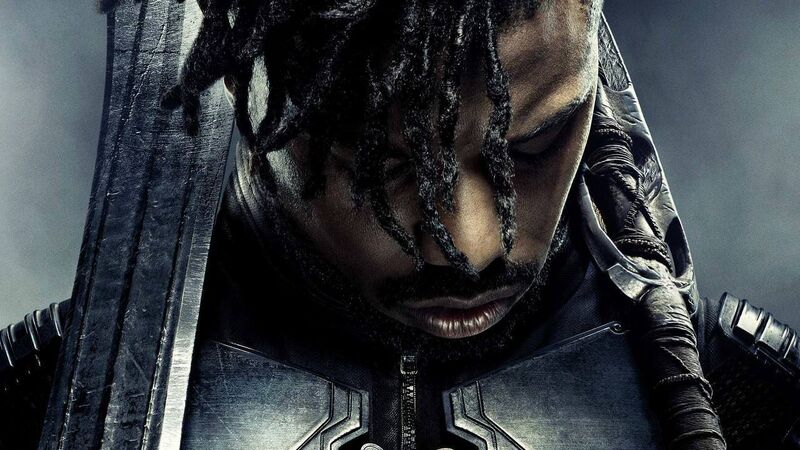 Black Panther is gonna be a big, big hit. Advance ticket sales are the highest for any Marvel Cinematic Universe film and the general response to all of the marketing has been extremely positive. Fans are pumped for T’Challa‘s solo adventure, but one element of the film has me worried. And it’s been one of the Marvel Cinematic Universe‘s strongest failings.

You know that cliché moment when the villain tells the hero that they are actually very similar? That’s basically been Marvel Studios’ ethos when it comes to a lot of their villains. Specifically, in solo origin films. Iron Man, The Incredible Hulk, Ant-Man, and Doctor Strange have all featured antagonists that act as mirror opposites to the hero.

And Black Panther is looking like it’s going to follow that predictable formula. The bad guy is Erik Killmonger, originally born N’Jadaka, and his goal is to usurp the throne of Wakanda from T’Challa. Much like Obadiah Stane and Darren Cross, Killmonger seems to feel a sense of ownership over something the hero possesses. It’s an easy route for conflict but it’s become an easy go-to for these Marvel outings.

Here’s where the Marvel villain problem is at its most apparent. Killmonger is following a tradition that’s become a little disappointing in the Marvel Studios films: the villain’s costume design is extremely similar to the hero’s outfit. All the movies I mentioned above have this issue, but Black Panther might actually be the worst offender.

With the exception of some gold trimming instead of silver, the suit that we’ve seen Killmonger don in the trailer is an exact replica of the Black Panther. Now, maybe this is a plot point? Does Killmonger get his hands on the Black Panther suit/technology after some battle with T’Challa? We don’t know yet! But, from a visual standpoint, it’s not looking great.

Think about Batman and the Joker. The two couldn’t be further from each other in terms of design, and that’s one of the reasons they look so compelling when placed on screen together. If Marvel Studios wants to create dynamic contrasts in their heroes and villains, they need to stop making them look like they shop at the same clothing store.

Can Black Panther Solve This Problem?

At the end of the day, Black Panther has to present us with a villain who has a compelling plan and justification for his actions. That’s why Magneto has always been one of the best comic book villains, especially in his feature film incarnations; you understand why he’s doing what he does and can even see yourself reacting similarly if you were in his position.

If Black Panther can do that, it will provide a good foil to T’Challa. And hopefully, we’ll see something more surprising than that gold Black Panther suit when it comes to Killmonger’s attire. Otherwise, it looks like Marvel’s copy-and-paste villain formula is still in effect. Oh well. At least Thanos doesn’t look like anybody else.